"We are extremely pleased to further our growth plans in Mexico with one of the most important natural gas infrastructure projects for that country's future," said Russ Girling, TransCanada's president and chief executive officer. "This new project brings our footprint of existing assets and projects in development in Mexico to more than US$5 billion, all underpinned by 25-year agreements with Mexico's state power company."

The bid for the Sur de Texas-Tuxpan project was presented in partnership with IEnova, a subsidiary of Sempra Energy. TransCanada will develop, operate and own 60 per cent of this project, with IEnova owning 40 per cent of it.

TransCanada expects to invest approximately US$1.3 billion in the partnership to construct the 42-inch diameter, approximately 800-kilometre (497-mile) pipeline and anticipates an in-service date of late 2018. The pipeline will begin offshore in the Gulf of Mexico, at the border point near Brownsville, Texas and end in Tuxpan, in the state of Veracruz.

In addition to a connection with CENAGAS's pipeline system in Altamira, the project will interconnect with TransCanada's Tamazunchale and Tuxpan-Tula pipelines as well as with other transporters in the region.

The Sur de Texas-Tuxpan Pipeline is the most recent addition to TransCanada's expanding portfolio in Mexico. In the last eight months, TransCanada was awarded the Tuxpan-Tula and the Tula-Villa de Reyes pipelines. Construction activities for these two pipelines are already in progress with the expectation of achieving in-service dates of 2018.

With more than 65 years' experience, TransCanada is a leader in the responsible development and reliable operation of North American energy infrastructure including natural gas and liquids pipelines, power generation and gas storage facilities. TransCanada operates a network of natural gas pipelines that extends more than 66,400 kilometres (41,300 miles), tapping into virtually all major gas supply basins in North America. TransCanada is one of the continent's largest providers of gas storage and related services with 368 billion cubic feet of storage capacity. A growing independent power producer, TransCanada owns or has interests in over 10,500 megawatts of power generation in Canada and the United States. TransCanada is also the developer and operator of one of North America's leading liquids pipeline systems that extends over 4,300 kilometres (2,680 miles), connecting growing continental oil and liquids supplies to key markets and refineries. TransCanada's common shares trade on the Toronto and New York stock exchanges under the symbol TRP. Visit TransCanadaMexico.com or connect with us on social media.

FORWARD-LOOKING INFORMATION
This publication contains certain information that is forward-looking and is subject to important risks and uncertainties (such statements are usually accompanied by words such as "anticipate", "expect", "believe", "may", "will", "should", "estimate", "intend" or other similar words). Forward-looking statements in this document are intended to provide TransCanada security holders and potential investors with information regarding TransCanada and its subsidiaries, including management's assessment of TransCanada's and its subsidiaries' future plans and financial outlook. All forward-looking statements reflect TransCanada's beliefs and assumptions based on information available at the time the statements were made and as such are not guarantees of future performance. Readers are cautioned not to place undue reliance on this forward-looking information, which is given as of the date it is expressed in this news release, and not to use future-oriented information or financial outlooks for anything other than their intended purpose. TransCanada undertakes no obligation to update or revise any forward-looking information except as required by law. For additional information on the assumptions made, and the risks and uncertainties which could cause actual results to differ from the anticipated results, refer to the Quarterly Report to Shareholders dated February 11, 2016 and 2015 Annual Report filed under TransCanada's profile on SEDAR at www.sedar.com and with the U.S. Securities and Exchange Commission at www.sec.gov. 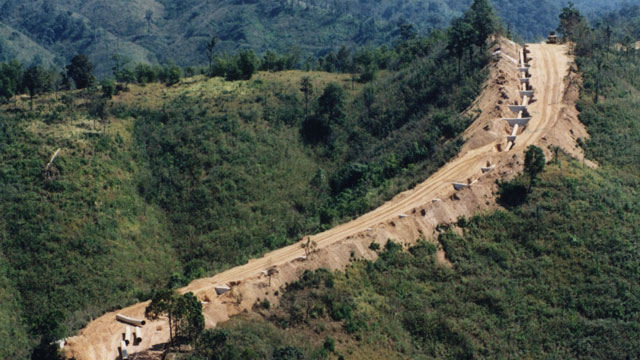