Around the world, this critical infrastructure is increasingly at risk due to extreme weather, the impacts of climate change, and social and economic strife. In New York City, for example, if storms or a labor dispute were to disable the food distribution hub at Hunts Point for any significant length of time, 22 million people throughout the region would be left with less than three days’ worth of food. Despite the importance and vulnerability of these systems, too often, adequate attention isn’t paid to pipelines, power grids, and food supply chains until they fail.

The competition challenges participants to visualize a systemic food, energy, or water infrastructure problem and its consequences, as well as realistic opportunities for intervention, including a prototype of one or more of their strategies that could be realized within the next 12 months. AECOM will make available $25,000 of cash and in-kind staff time to support the implementation of the prototype.

Three short-listed teams will be invited to present their proposals before an interdisciplinary panel at the A+D Museum in Los Angeles in October 2015. Urban SOS: All Systems Go jurors will award $15,000 in prizes, which may be divided among one or more teams.

“This is the sixth year of the Urban SOS competition, and teaming with Van Alen Institute creates a powerful partnership dedicated to finding creative solutions for making our cities more adaptable to change and responsive to crisis,” says Bill Hanway, executive vice president of global architecture at AECOM.  “Our involvement with 100 Resilient Cities, pioneered by Rockefeller Foundation, has provided a unique platform for the competition and will help bring young designers’ ideas, both profound and poetic, into the global dialogue.”

“Van Alen Institute has a long history of organizing student competitions to produce innovative strategies that address pressing issues,” says Van Alen Executive Director David van der Leer.  “Our partnership with AECOM and 100 Resilient Cities will bring together the most talented interdisciplinary teams of future changemakers and civic leaders around the world to envision more productive infrastructure systems for our cities and regions.”

About AECOM
AECOM is a fully-integrated infrastructure and support services firm with the ability to design, build, finance and operate infrastructure assets globally. Our employees – including architects, engineers, designers, scientists and management and construction services professionals – serve clients in cities and countries around the world. More than ever, AECOM is helping to positively impact lives, transform communities and make the world a better place.

Now in its sixth year, Urban SOS is AECOM’s annual student competition. The program aims to promote cross-disciplinary thinking among the emerging generation of designers. This year, the program is presented in concert with the Van Alen Institute and 100 Resilient Cities – Pioneered by the Rockefeller Foundation.

About 100 Resilient Cities – Pioneered by the Rockefeller Foundation
100 Resilient Cities was created to help cities become more resilient to the physical, social, and economic challenges that are a growing part of the 21st century. It was launched in 2013 on the foundation’s centennial anniversary, as a $100M+ commitment to build urban resilience.

About Van Alen Institute
At Van Alen Institute, we believe design can transform cities, landscapes, and regions to improve people’s lives. We collaborate with communities, scholars, policymakers, and professionals on local and global initiatives that rigorously investigate the most pressing social, cultural, and ecological challenges of tomorrow. Building on more than a century of experience, we develop cross-disciplinary research, provocative public programs, and inventive design competitions.

For nearly 120 years, we have been organizing inventive design competitions that shape the built environment, from temporary installations that activate public spaces to large-scale, multi-year environmental initiatives. We view the design competition as a vehicle to mobilize people across disciplines to develop innovative approaches to complex social, cultural, and ecological challenges around the world. 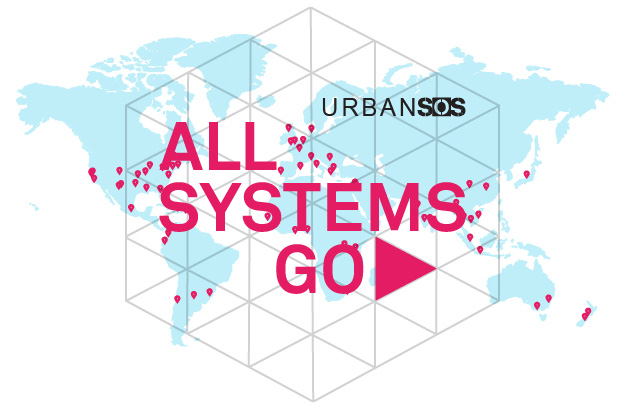