Bloomberg BNEF: It’s Getting Hot in Here: All Eyes on COP21

You’ve probably heard or read something about the UN Framework on Climate Change Conference of Parties, aka COP21, which kicks off November 30 in Paris. That’s because this year the talks are particularly critical. It’s the World Cup or Super Bowl for climate watchers. This year, countries around the globe are expected to make significant promises, and indeed concessions, on how much they pollute. For the first time, the U.S. and China are truly cooperating on this issue — and that is a very big deal.

For an expert opinion, I sat down with Elena Giannakopoulou (@ElenaGiannakop) at Bloomberg New Energy Finance (BNEF). Elena’s been a lead analyst on global energy markets at BNEF for almost two years. (If you’re on the Bloomberg terminal, you can check out her recent commentary and analysis by entering BIO 18277627<GO>.) Check out BNEF’s entire COP analysis online here.

JEN MACDONALD: There’s lots of hype around this year’s climate talks in Paris – known as COP21. Why is this year different than previous years?

ELENA GIANNAKOPOULOU: Because everyone realizes the problem is real; that it’s arrived. Air pollution, the world is warming, ice is melting. Raising awareness about global warming isn’t the fringe movement it was 15, 20 years ago. Everyone is taking this seriously from all sectors and all angles: policy, corporate, insurance.

EG: Well the U.S. already has. This year, the EPA – the Environmental Protection Agency – made a big move with its Clean Power Plan… a plan the coal industry is fighting. China has also set targets both in terms of carbon intensity and total CO2 emissions, which is important to note. China has also banned “bad quality” coal – they’re not allowed to burn lignite, which will help reduce emissions. That said, they have a long way to go.

Russia and India are different stories. India has a target to lower emissions but they’re still reliant on coal and install one coal plant per week. Russia has submitted its plan, but its final decision is contingent on the outcome of the negotiations, along with the INDCs of other major emitters. It will be interesting to see what happens with them at COP.

JM: BNEF just issued a report called “Climatescope” that looks at developing countries and how much they’re investing in clean energy. What does this report show that might surprise our readers going into the talks?

EG: That we’ve seen a major shift. At the last COP meeting in 2009 in Copenhagen, there was a big distinction between developed and developing countries. Today, that’s not the case. China now invests more in clean energy than any other country on the planet. South Africa’s clean energy auctions are so well received that other countries are copying their format. And Chile and Uruguay should be highlighted for their wind installations and investment. So there’s no longer this divide.

JM: Given the press focuses on the top emitters and richest countries, what can the smaller, less developed countries do to have influence at the talks?

EG: Well it only benefits developing countries to take these talks seriously. You have to understand that while the top emitters are developed countries – the U.S., the EU – they aren’t growing anymore. Their energy demand is flat. They’ve already committed to lowering their carbon footprint and have put in place regulatory frameworks like carbon schemes. They’re also investing heavily in renewables. Developing countries around the world are growing the most and therefore are expected to emit the most. They still need to implement regulation and that framework.

So this is what the whole game will be at COP – trying to bring everyone to the table and hammer out future emissions around the globe.

JM: Everyone talks about “two degrees.” What does that even mean?

EG: Yes, it’s a term that’s been bandied about for 20 years. But five years ago, the UN Framework Convention on Climate Change (UNFCCC) agreed that the maximum global temperature could not rise 2°C above pre-industrial levels. The thinking is that anything beyond two degrees will have drastic impacts on the world, including natural disasters, terrible air, etc.

JM: Are we nearing two degrees and are we on the right track to avoid going past this number?

EG: Based on BNEF analysis and our long-term forecasts, right now we are on a path to three degrees. Since 2010, we have already passed one degree because of inaction. Based on existing policies, if absolutely nothing gets done, we will hit 3.5 degrees in 2050. If there is action at COP – if global leaders can come to some kind of resolution – we will of course recalculate our forecasts. So we’re definitely watching.

About Bloomberg
Bloomberg, the global business and financial information and news leader, gives influential decision makers a critical edge by connecting them to a dynamic network of information, people and ideas. The company’s strength – delivering data, news and analytics through innovative technology, quickly and accurately – is at the core of the Bloomberg Professional service, which provides real time financial information to more than 325,000 subscribers globally. For more information, visit www.bloomberg.com.

BNEF products fit your daily workflow, streamline your research, sharpen your strategy and keep you informed. BNEF’s sectoral products provide financial, economic and policy analysis, as well as news and the world’s most comprehensive database of assets, investments, companies and equipment in the clean energy space. BNEF’s regional products provide a comprehensive view on the transformation of the energy system by region. 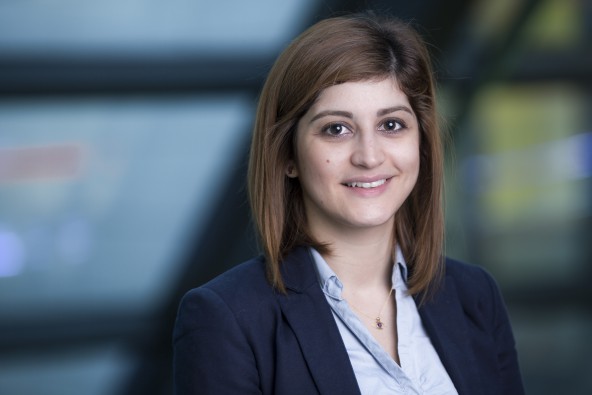