Bringing the Doctor to the Doorstep in Mexico City

In Mexico City, new knowledge about the underlying factors for developing type 2 diabetes has become a fundamental piece of one of the city’s public health initiatives.

With a population of nearly 10 million, Mexico City is the largest metropolitan area in the western hemisphere, and the fourth largest city in the world.[1]

The city lies 2,230 metres above sea level in a bowl-shaped valley formed by high mountains and volcanoes. The geography of Mexico City on its own is the cause of a significant burden on its citizens’ health as these mountains trap the air pollution in the area, rather than allowing it to dissipate.[2] This, together with the sheer number of people living in the city, over 40,000 factories, limited fresh water supply, and high levels of traffic, impact how people live in Mexico City. But other characteristics of the city also play into the equation.

For the last 50 years, Mexico City has been experiencing an increase in its economic development, making its inhabitants eat faster, move less, live a more stressed life, spend more time in cars due to a heated traffic situation and for women to be professionally active.

Increased urbanisation has fuelled the consumption of processed food and beverage, rich in sugar, fat and sodium.[3] Simultaneously, city dwellers have experienced a decrease in the time available for food preparation and physical exercise, which drives the rapid increase in levels of overweight, obesity and related diseases in Mexico City.[4]

Addressing the root causes of diabetes

It doesn’t have to be this way. On 28 March 2014, Mexico City, headed by Mayor Miguel Ángel Mancera Espinosa, decided to partner up with Novo Nordisk in what, in reality, no one knew exactly what was at the time.

But one thing was clear; the urgent need to take drastic action on the diabetes and obesity challenges. And the answer was called Cities Changing Diabetes.

Cities Changing Diabetes is a partnership programme, founded by Novo Nordisk, University College London and Steno Diabetes Center, that seeks to identify and address the root causes of type 2 diabetes in cities.

“We decided to initiate this ground-breaking public-private partnership to improve our understanding of people with diabetes who are diagnosed and ultimately achieve desired health outcomes as well as the risk factors who make people predisposed to develop type 2 diabetes,” says Morten Vaupel, Vice President and General Manager for Novo Nordisk Mexico.

Now just over two years from its initiation, new knowledge[5] about the underlying factors for developing diabetes in this megalopolis has become a fundamental piece of one of the city’s most ambitious public health initiatives: El médico en tu casa.

The doctor at your home

On September 2014, El médico en tu casa (the doctor at your home), was introduced in Mexico City by Dr Armando Ahued, Minister of Health of Mexico City. Its original objective was to prevent maternal mortality among the vulnerable population. As a result, in the following months 3,000 doctors and nurses were knocking doors in the most marginalised areas of the city, one by one, looking for pregnant women with no access to healthcare who would be at risk of dying as a consequence of their pregnancy.

The programme proved so successful that the scope expanded quickly, ready to include other disease areas, and Dr Ahued took on the challenge of tackling type 2 diabetes.

Research coming out of the Cities Changing Diabetes programme allowed him and his group of specialists to better understand the size of the diabetes emergency. It proved to be so alarming that drastic actions had to be taken as the findings showed that one third of all adults in Mexico City live with diabetes or pre-diabetes. So now El médico en tu casa will be screening people for diabetes in Mexico City.

“It is evident that the results from the Cities Changing Diabetes studies have surprised us all and it demonstrates that we need to continue educating our people in how to take care of their own health,” Dr Ahued explains. “But it also has enlightened us on the importance of detecting this silent killer. It has shown us that a lot of people are having difficulties going to a doctor or health centre. By initiating diabetes screening in people’s homes, we increase our chances of encountering the 29% of people who are living with diabetes without knowing it.”

One of the important findings was that especially many elderly people find it tough or even unmanageable to get to the doctor or a healthcare centre because of the traffic, because they cannot afford taking the public transportation system, they might be physically incapable of leaving the house or it is simply due to cultural reasons.

“Until El Médico en tu casa, I never went to the doctor’s office. First of all I did not find a reason and also it was hard for me to get to the public health centres as I don’t have a car. But after doctors visited in my home now I understand why it is so important to get checked once in a while,” said Gonzalo, a 71-year-old man who lives in Iztapalapa, one of Mexico City's 16 municipalities.

Redesigning the healthcare system for the future

Although El Médico en tu casa started in the more humble boroughs of Mexico City, it is expected to spread to other neighbourhoods over time and even to the rest of the country.

“El médico en tu casa, I am convinced, consolidates as one of the most important social programmes in Mexico City and the country, because you will see, it will gain strength in such a way that it will be present in several states of the Republic,” said Dr Miguel Ángel Mancera.

In fact, since 1 December 2015, El médico en tu casa is no longer a pilot programme. The local Congress granted it the status of law, meaning that it would go beyond Dr Mancera’s administration.

Morten Vaupel is excited about the news from the Mexico City Health administration: “After having worked with a multi-disciplinary group for the last couple of years on this project, it is a great pleasure to provide local policy- and decision makers with the insights necessary to adjust public health interventions to better target the population at risk in Mexico City. I am absolutely convinced that El Médico en tu casa, will be an inspiration to other cities involved in Cities Changing Diabetes.”

Dr Ahued also hopes that the policy change can be a strengthened force in the battle against diabetes and obesity: “Mexico ranks first in childhood obesity and second in adult obesity in the world – we have to work hard every day to change this situation to prevent diabetes and its negative health outcome. I am very happy to collaborate with Novo Nordisk in this initiative to ensure that we are able to build a better future for our residents,” he says.

[5] For more information about the findings, see http://citieschangingdiabetes.com/files/2015/11/Cities-Changing-Diabetes-Summit-Press-Release-FINAL.pdf 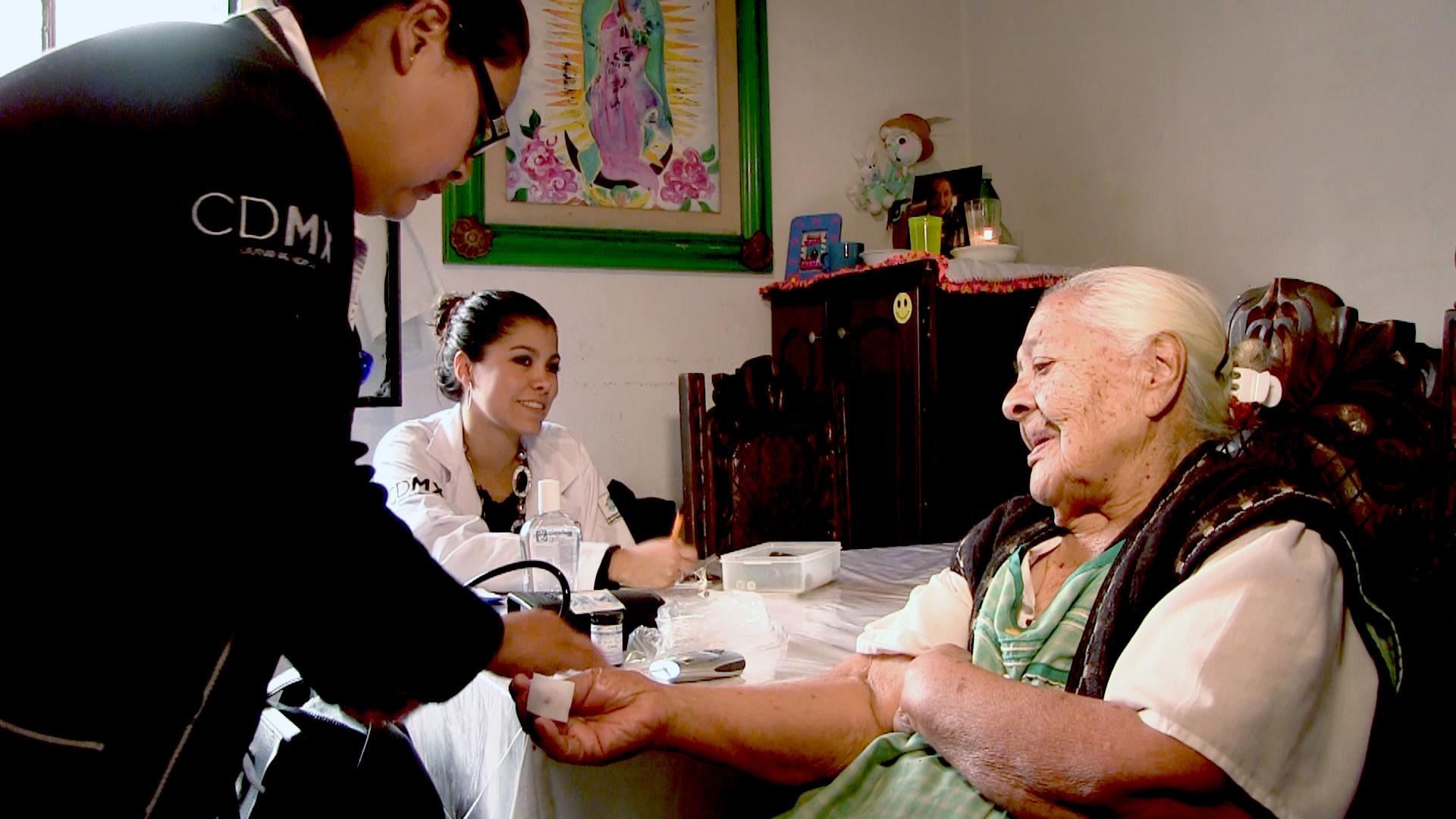