Cities Are ‘Smartening Up’ for the Future with IoT

Jun 15, 2016 12:40 PM ET
Tweet This:
The IoT is being used to better manage energy+water+safety, but what exactly does this look like in smart cities? http://bit.ly/1WNxvVz
Article
Cities Are ‘Smartening Up’ for the Future with IoT

The Internet of Things (IoT) – the concept that all devices that can be connected will be connected – is starting to take root in cities in various parts of the globe. IoT is being used to better manage energy, water, transportation and safety – but what exactly does this look like in first-adopter cities?

One result is that better resource management is being combined with more beneficial planning. Christopher Steele, Black & Veatch's Head of Development for Smart Integrated Infrastructure, Water Europe, said, “There’s the physical infrastructure outfitted with smart sensors to produce data, and then the integration and analysis of that data to enable smarter performance. Our solutions take that data and show cities how different elements of city life can be used in new ways to deliver more than just one function.”

Moving from Pilot Projects to Full Integration
Smart city plans and projects are being implemented now on every continent, but the journey to a fully integrated, smart, sustainable city will take time since funds, expertise and supportive policies tend to be scarce. In the 2016 Black & Veatch Strategic Directions: Smart City/Smart Utility report, the largest group of respondents thought the integrated smart city model would become widespread in the next six to 10 years.

Jennifer James, Director of Smart City Solutions at Black & Veatch, said, “The idea is to move to a fully integrated approach for entire city initiatives such as transportation, safety, energy, water and communications.”

She said many of the innovations in these areas have been piloted as standalone projects, but that is changing. The Strategic Directions report indicated a big shift toward more holistic, integrated smart city planning, as well as an appetite for novel funding and collaboration programs to overcome hurdles. In addition, many new funding and support programs are becoming available. For instance, the U.S. Department of Transportation has announced a $50 million Smart City grant, which is designed to integrate smart concepts in a three- to four-year test project.

There are similar initiatives happening in many parts of the world as cities take the first steps on their smart journey.

UK and India Launch Programs
One of the UK's fasting growing cities, Milton Keynes is leading the country's smart city plans. The MK: Smart project has brought together the city council, local businesses, the university and residents to deliver a concept that integrates technology innovations for transportation, energy, safety and water management.

At the heart of the project is the MK Data Hub, which brings together vast amounts of information relevant to city systems from a range of sources, including data from satellite technology, social and economic data, social media and specialised apps.

Geoff Snelson, the MK: Smart Strategy Manager, said one example of how they are using the data to enhance the lives of the city’s residents is by improving transportation. “Integrating real-time business and movement data from across the city is boosting the development of journey-planning applications,” Snelson said.

In 2015, India launched its Smart Cities Mission, which includes a challenge designed to inspire city councils, residents and businesses to come together to find innovative solutions to the challenges the country faces. India has one of the fastest growing urbanization rates in the world, with predictions that 590 million people will live in the country's already crowded urban centres by 2030.

The first 20 winning cities in the challenge were announced in January 2016, and they are slated to receive funding to support their smart city plans. These programs all have citizen engagement, livability, job sustainability and better resource management at their heart. For example, Pune's plan for a greener public transportation system and a redesign of the city's streets will make the city more pedestrian-friendly.

Smart Cities in Africa and Australia
In Kenya, the Konza Tech City is a smart city being constructed on a greenfield site about 60 kilometers south of Nairobi, so it has the advantage of a clean and unencumbered slate. The goal is that Konza will be a sustainable, world-class technology hub and major economic driver for Kenya, as well as a high-density walkable city to avoid traffic problems as it grows. Data-gathering sensors will be embedded in the city as it is built to integrate four key city management areas: infrastructure services, citizen services, city development services and business services.

Construction of the first phase starts this year and will put in place the infrastructure for 5,000 residents. The current masterplan for the city is expected to be completed in 2030, when it will be carbon-neutral and home to 260,000 people.

Adelaide, Australia, was chosen as Cisco's first Lighthouse City for the Southern Hemisphere. As the country's first IoT hub, citywide sensors have been installed to better manage energy consumption, carbon emissions and transportation. The first pilot projects are now running, and the environmental monitoring, smart lighting and smart parking initiatives are gathering and analysing data. The goal is to improve safety, air quality, traffic congestion and the energy consumed in lighting the city's streets.

The long-term mission is to create a carbon-neutral city that is home to the some of the world's most innovative smart city solution developers. Adelaide was chosen as it had a lot of key elements already in place. It pays to be an early adopter.

What A Difference IoT Makes
Many of the advances that are being made in these cities could not be happening without IoT. Truly smart cities will be the ones that use technology to deliver a vision and make life better for the citizens that live in it, rather than just using it for technology's sake.

"Often, the technology that's delivering it will be hidden in the background, so smart cities are not necessarily going to look like the high-tech visions of science fiction," James said.

Steele added, “One of the most exciting opportunities the IoT brings is the joining of data sets that previously we wouldn't have been able to bring together. This will mean that we’ll no longer have to rely on hindsight but will be able to make predictions and generate simulations. Once you have that logic, you can start to apply it to all different applications.”

Cities like Copenhagen, Denmark, and Vancouver, Canada, are also current smart leaders. What's happening there stems from having sustainability as the guiding vision and using the technology to achieve these goals.

“It's the same in San Diego,” said James. “They have a strong climate action plan with lots of different components that are smart in themselves, but they are focused on connecting the dots between them to manage all the smart pieces in a more coordinated way.”

As other city leaders around the world look to “smarten up” with IoT, they need to make sure that they have a holistic vision in place of how an entire community, city or region can be smart. 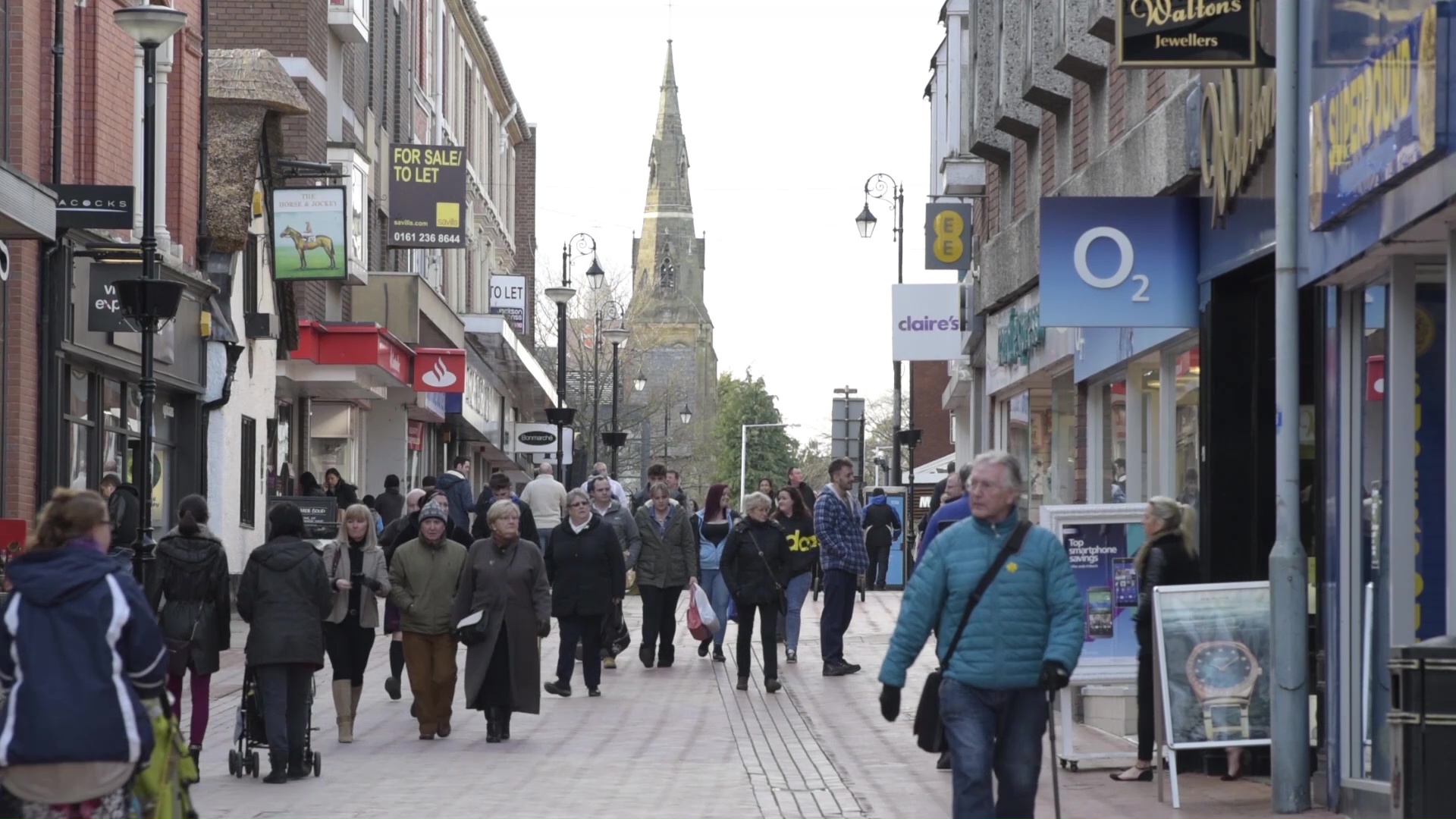