The end of the year is nearing and U.S industries are feeling the pressure of implementing Conflict Minerals law, Dodd Frank SEC 1502 to their supply chains. Halting the massive consumption of raw materials that are being mined by grave human rights abuses in Africa, means transparency in supply chains. Whether the materials are Conflict-Free or not, all publicly traded U.S. companies must comply to the federal law by May 31, 2014. Its an undertaking that’s effecting the system of international supply chains entirely.

The execution of Dodd Frank has put the EU in the limelight of addressing Human Rights abuses in Africa. The fulfillment of European corporate due diligence has been disregarded by the majority of companies and was never an issue that was prompted through their international trading policy. There is high risk that EU supply chains are not only endorsing but fueling the war on humanity in Democratic Republic of the Congo and its surrounding Eastern Provinces.

Currently the European Commission is formulating a legislative act to endorse clean Mineral trading and prohibiting the use of materials deriving from conflict. However, unlike Dodd Frank that requires companies to address the issue by publicly reporting, there is no such expectation for EU companies therefore the probability of transparent mineral sourcing is deficient.

The Dodd-Frank Act has elevated the guidelines for international trade and propelled a Human Rights movement. With few Conflict Minerals Compliance programs, options are limited and stressed to meet the final deadline.

One option is Source Intelligence.  Their analytics platform along with their Supplier Engagement Team, engages suppliers, collects, verifies and assesses conflict minerals related data and generates the required forms and reports needed to comply with the SEC's final rule.

To see a personalized demonstration of what Source Intelligence's platform can do for your company, click HERE 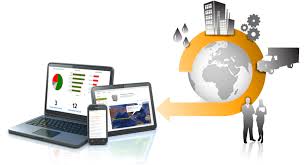