Perry, you see, has the strength and stomach to remove refrigerators and freezers from homes devastated by a record-breaking flood in Clendenin, W.Va., about 60 miles east of TMMWV. He’s one of more than 100 team members who have volunteered to help residents in the aftermath of the June 23 thunderstorms that dropped some 10 inches of rain in only a few hours. The adjoining Elk River rose more than 27 feet, coating the town of 1,200 residents in mud and claiming 25 lives.

“That’s my job,” says Perry, who normally spends his work days on the 6-cylinder engine final assembly line. “My fellow team members say, ‘There’s another refrigerator, Tony.’ It doesn’t smell pretty, but it doesn’t make me sick. I just try to deal with it and move on.”

“Yep, he’s the Refrigerator Man,” says Marc Rumer, who works alongside Perry in Clendenin as well as on the line at TMMWV. “These refrigerators are full of rotting food. They’re as messy and stinky as can be. Somehow, Tony can handle it. The rest of us are gagging.”

On July 1, TMMWV put out a call for 25 team members per day to set aside their normal duties and jump in a caravan of Toyota vehicles bound for Clendenin. Perry and Rumer are among those who have made the journey multiple days. Plant President Millie Marshall has also made the trip.

Once on site, the team members do whatever the American Red Cross asks them to do. In most cases, that means clearing damaged homes of possessions to be picked up and hauled away by the West Virginia National Guard. Often, significant portions of the houses themselves must be pulled apart and trashed as well.

Toyota is also contributing money to the recovery. Since 2014, Toyota has donated $250,000 annually to the American Red Cross Disaster Responder Program which helps provide immediate assistance to those affected by disasters. And Toyota Motor North America and Toyota Financial Services will match personal contributions team members make to the American Red Cross through July 22, up to $50,000.

Separately, TFS is offering payment relief options to customers in the FEMA-designated West Virginia disaster areas. This might include extensions and lease deferred payments, redirecting billing statements and arranging phone or online payments.

But on the human-to-human level, the hands-on assistance could mean even more.

“The money helps,” says Perry. “But what they really need right now is elbow grease. They need able bodies.”

“(The flood victims) are very surprised to see us there,” says Rumer. “Many of these people are elderly. There’s no way they could do this work. And they are so very appreciative. They can’t believe Toyota would let us leave work to do this. We get hugs and thank-yous. Some people cry. They say, ‘We don’t know what we would have done without you.’”

Rumer, in particular, can relate. When he was a senior in high school, a storm filled his home with 10 feet water. His high school was converted into a rescue center. His father moved into a trailer and lives there to this day.

“I saw this as my opportunity to give back,” says Rumer. “I know what these folks are going through. At the end of the eight-hour shift, I can go back to my home, take a shower and sleep in a warm, clean bed. But these people don’t have a shower. They don’t have a home. Most of them don’t have a vehicle. They got washed away.” 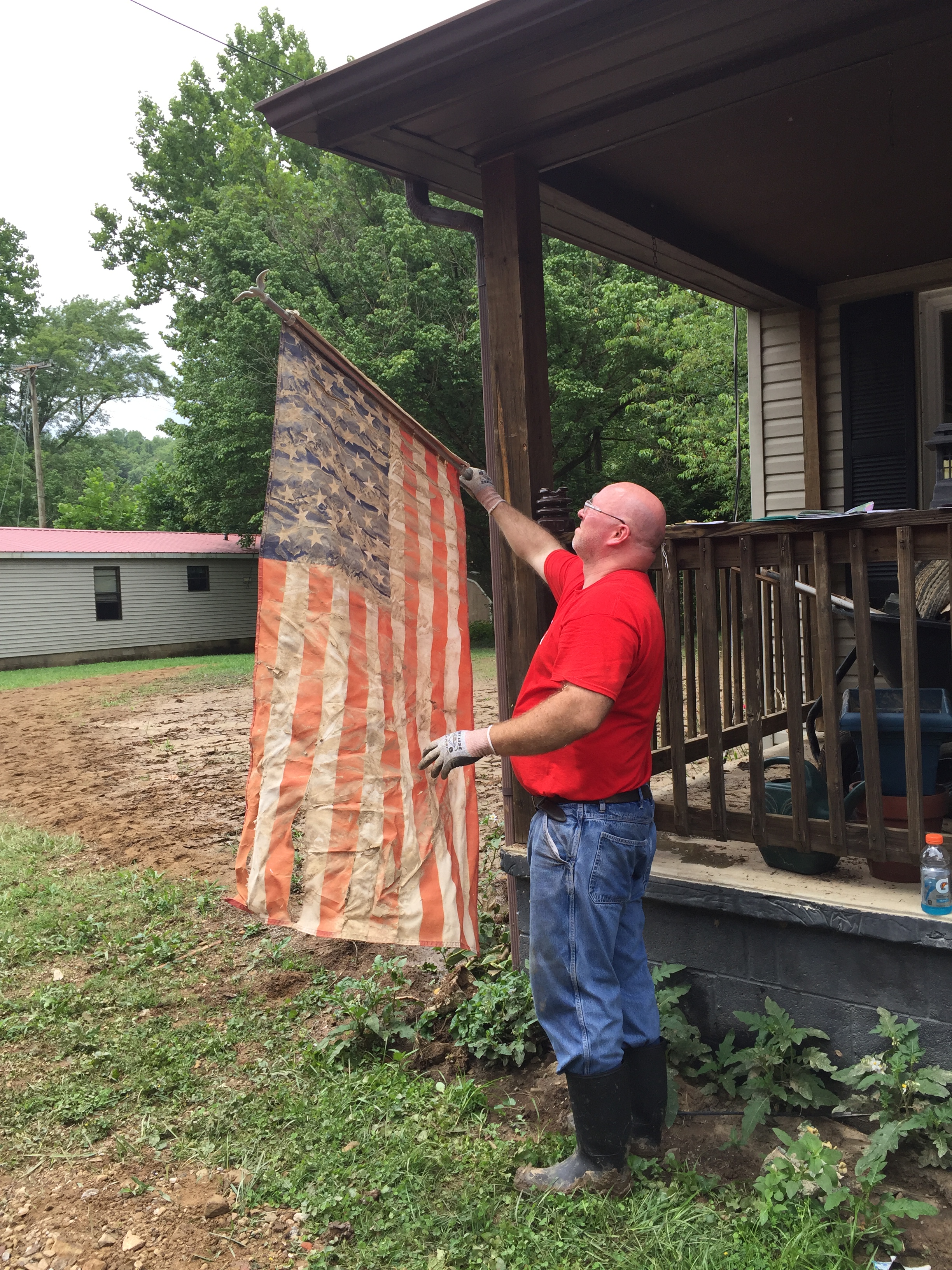 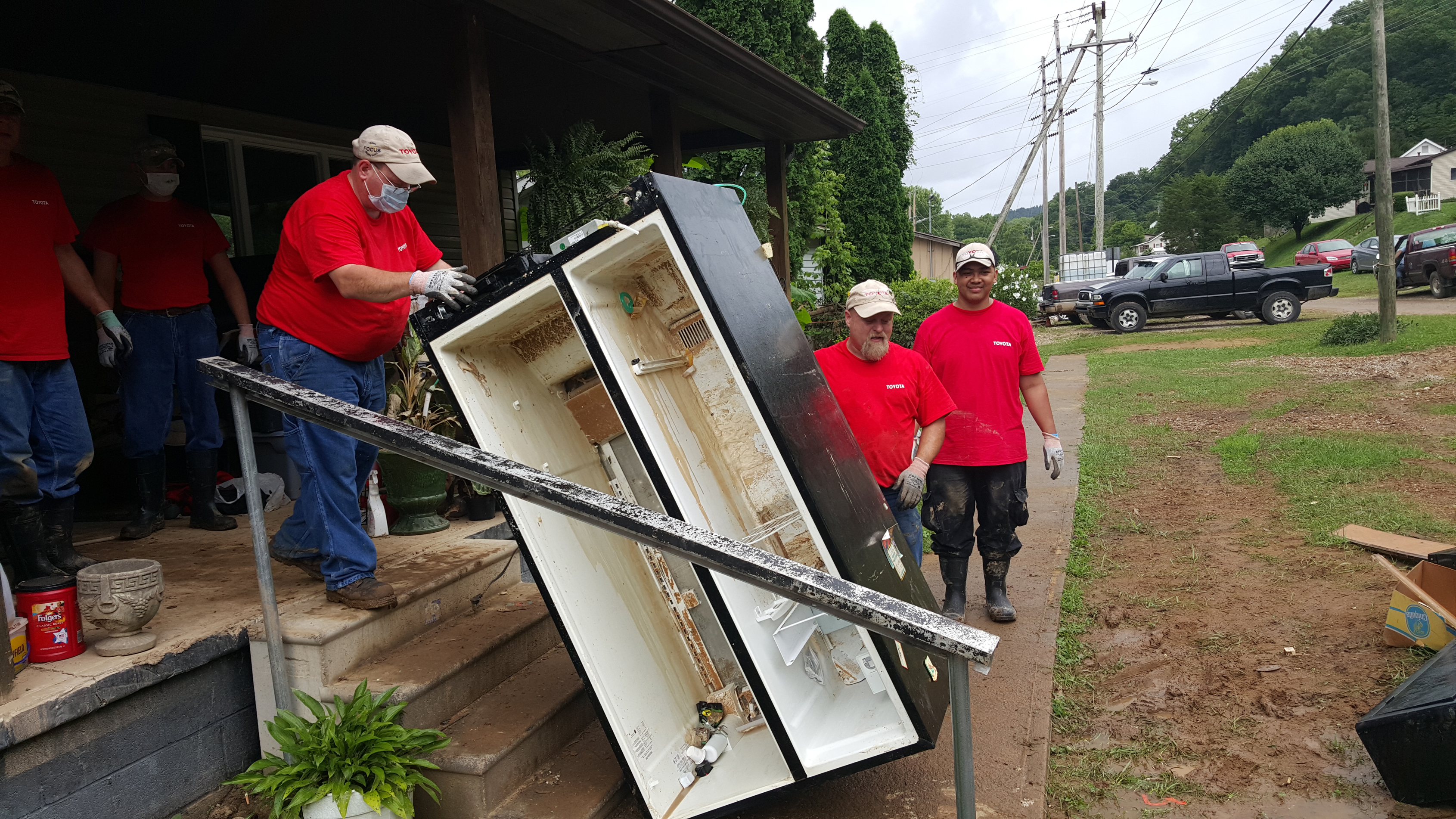 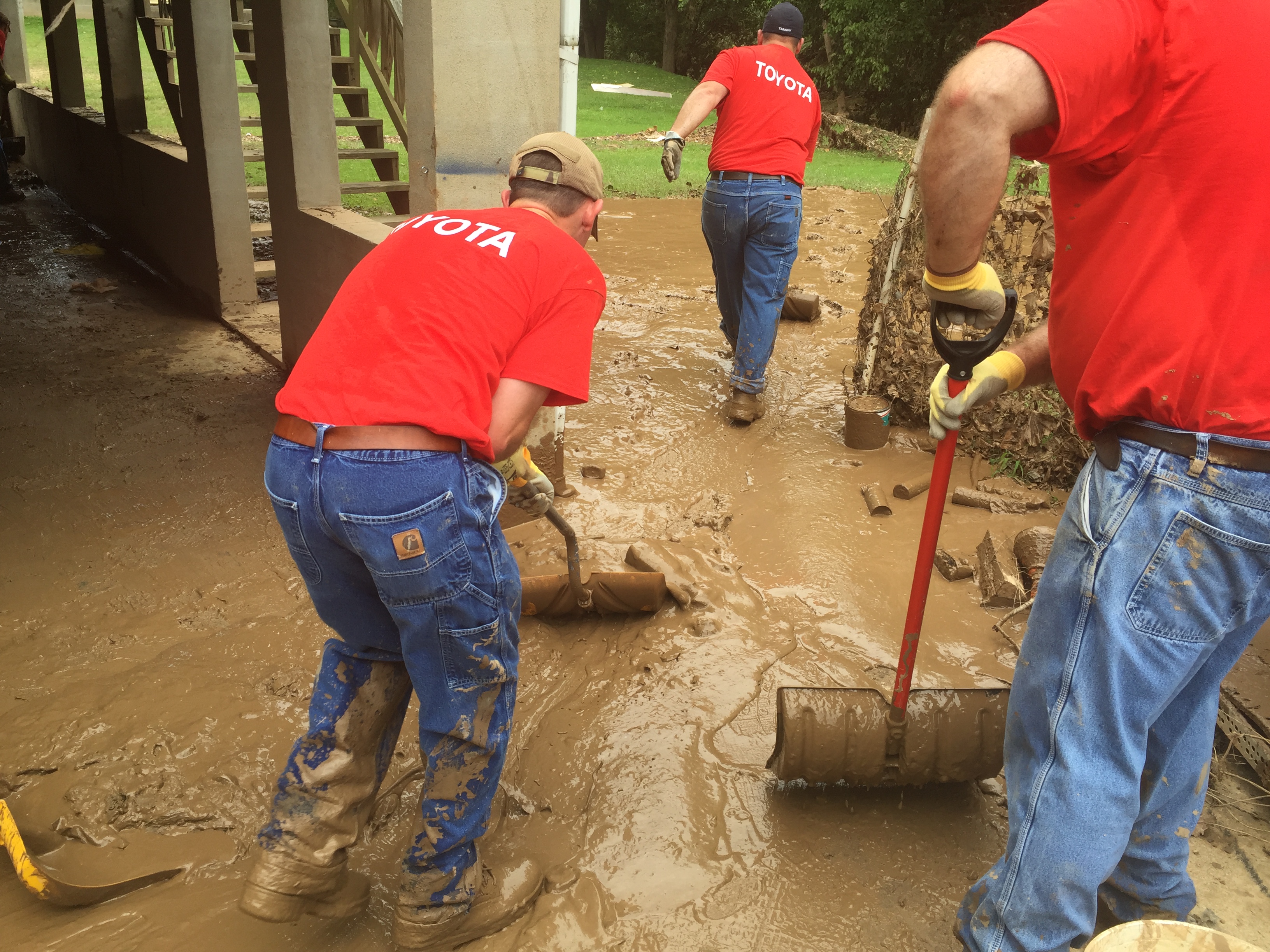