For Smart Cities, What Comes First? The Budget or the Plan?

Feb 22, 2017 9:00 AM ET
Tweet This:
Smart cities: How can a city know what it can’t afford until it identifies what it needs? http://bit.ly/2lJ73zZ
Article
For smart cities, what comes first? The budget or the plan?

Strained budgets may be holding back many municipalities whose leaders understand the benefits of smart city systems but lack the money to support them. Yet, a question is emerging that potentially turns that notion on its head: How can a city know what it can’t afford until it identifies what it needs?

The story of smart city system adoption is almost always a tale of two overarching visions. One approach appears to save money and demonstrate the promise of advanced technology through gradual upgrades, such as smart street lighting or electric vehicle charging stations. Another strategy takes the longer view, using root-level master planning to holistically rethink a community’s energy, water and other critical infrastructure from the ground up.

Primary barriers inhibiting wide adoption of smart city systems grew in the year since Black & Veatch last surveyed cities, utilities and other stakeholders. Budget constraints, a lack of resources and expertise, and policy hurdles kept their top three positions as the tallest hurdles for organizations, with each issue appearing to gain more traction with respondents. Concerns about convincing skeptical stakeholders and overcoming short-term mindsets were again named significant issues as well.

As governments consider where to spend their smart city funding, they may initially center on the critical building blocks of a smart city but often become subject to short-term budget priorities. To this point, responses to the 2017 Strategic Directions: Smart City/ Smart Utility Report survey suggest a vexing conundrum: What comes first, the budget or the plan?

Many concerns are often tied to planning, or they are connected to the absence of a plan — a comprehensive roadmap that strategically plots the way forward by determining a community’s goals. 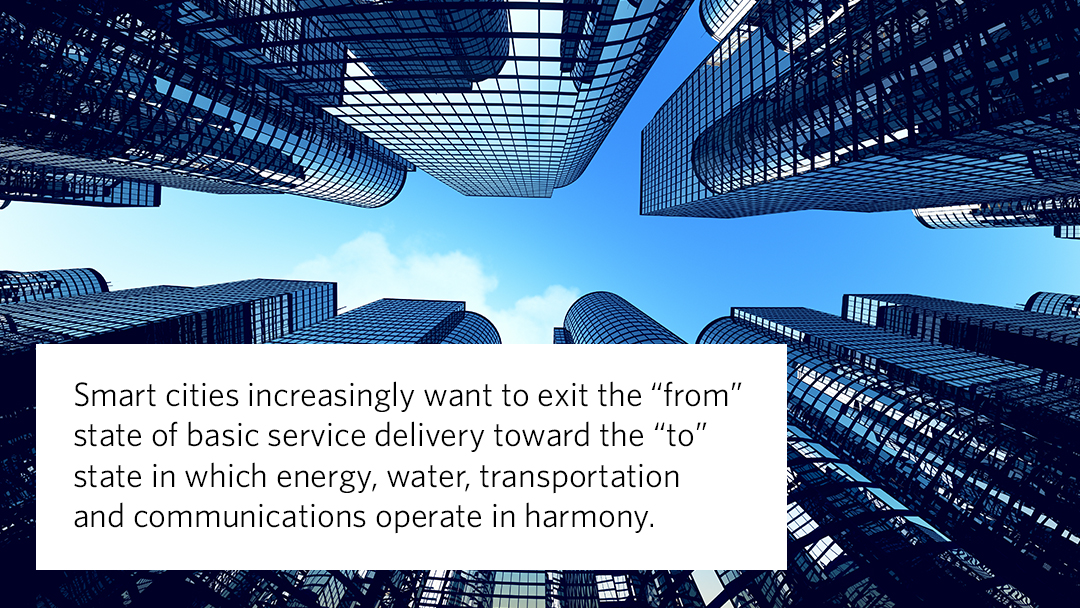