From Denmark to Mozambique: Health on Two Wheels

Mar 4, 2015 11:30 AM ET
Tweet This:
Novo Nordisk bikes are now used to support the great work of #SOSChildrensVillages in Mozambique. See how http://bit.ly/1EjwHwG
Summary:

Company bikes, which help employees get around on Novo Nordisk’s sites, are getting a second life to support the work of SOS Children’s Village in Mozambique. Here, volunteers use the bikes to attend vulnerable families and to deliver medicine and food.

Article
From Bagsværd to Beira: Blue bikes hit the roads of Mozambique

Anyone who has ever visited Denmark will know that bicycles are one thing the country is certainly not lacking. The sprawling Novo Nordisk sites across Denmark are no exception, where Novo Nordisk-branded bikes help employees get around between buildings throughout the day.

In 2009, Novo Nordisk was approached by Danish bicycle leasing firm Baisikeli with an idea for an innovative partnership. Novo Nordisk would lease bikes for employee use over a two-and-a-half-year period, after which they would be sent to Africa. Here they would be refitted at local bike shops to fit local transportation needs and then sold.

“The project is an excellent example of a creative solution that serves several needs and takes a Triple Bottom Line approach,” explained Susanne Stormer, vice president of Corporate Sustainability, who paved the way for the partnership with Baisikeli. “It’s simple, it’s doable, it works in Africa and it works – at a very modest cost – for us here, too.”

First bikes take to the roads of Mozambique

Six years into the project, the first Novo Nordisk bicycles are now in use in Mozambique. Baisikeli not only sells and leases the bikes, but also runs cycle workshops to educate local people about bike maintenance.

Henrik Smedegaard, founder of Baisikeli, explains that the company has worked in the southeast African country since 2010. Since then, Baisikeli has sent over 5,000 bicycles to its workshop in Mozambique, although most of these have been much older bikes.

“With the Novo Nordisk bikes, this is the first time we are reusing our own company bikes. They are designed to be used in both Denmark and in Mozambique, where the road conditions are markedly different,” he said.

“In Beira, Mozambique, the bikes are used with SOS Children’s Villages where volunteers in the organisation use them to visit the local community and attend vulnerable families – for instance families living in extreme poverty or sick people. The volunteers help to ensure that people receive medicine and food.”

With the patient in mind

The bikes have a box attached to the front, designed to carry medicine and other necessary equipment. The tyres are extra thick, allowing the bicycle to ride on non-asphalt roads, while specially-made bike trailers mean the bikes can also be used to transport patients to the nearest hospital.

“At our internal employee health programme, NovoHealth, we were already in the process of purchasing bicycles to support transportation at some of our large sites, so this concept was a great way for us to implement a healthy, fast means of transportation at our sites and at the same time to support a good cause,” said Martin Nordmark, Programme Manager, Changing Diabetes Partnerships. 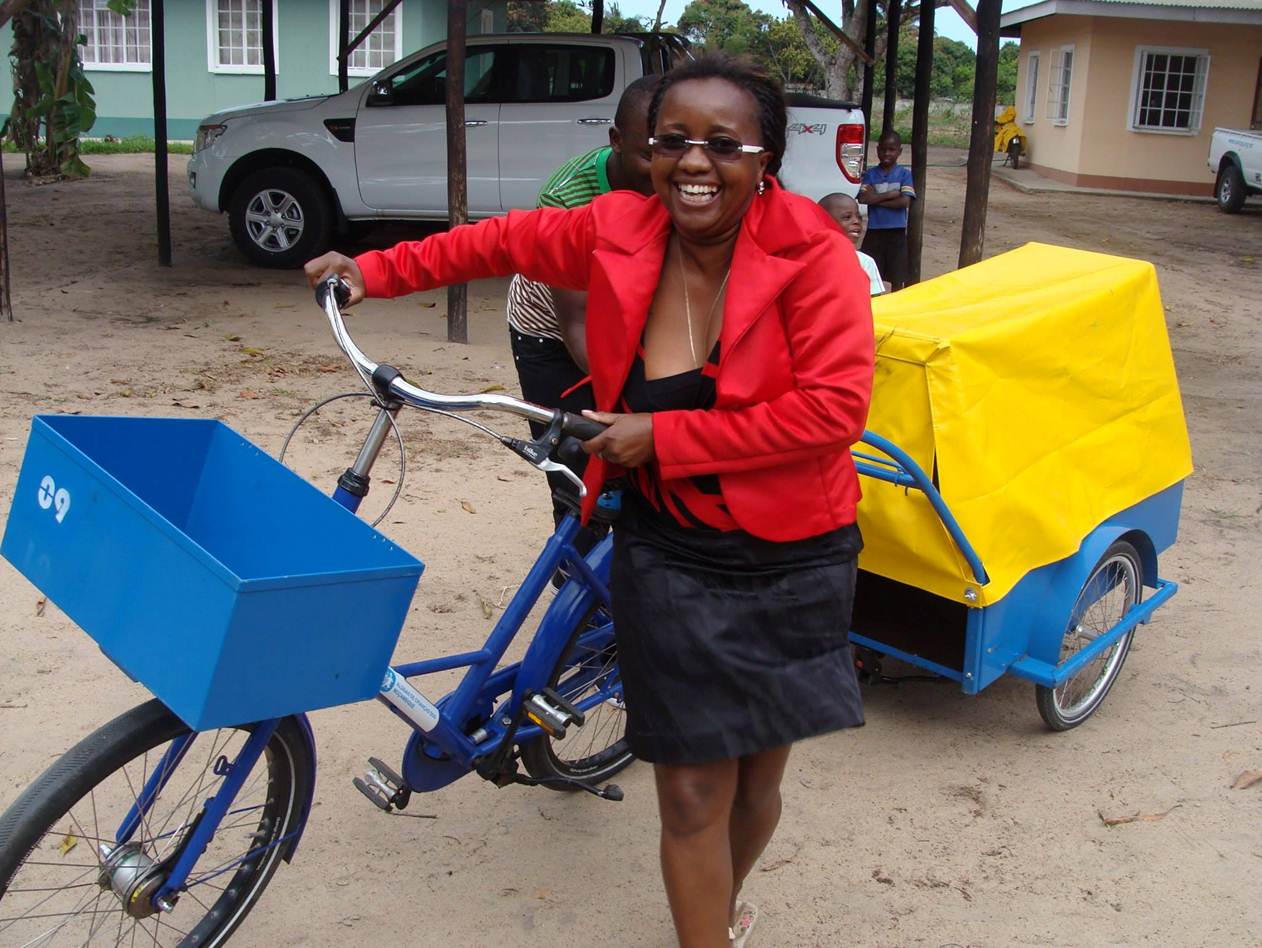 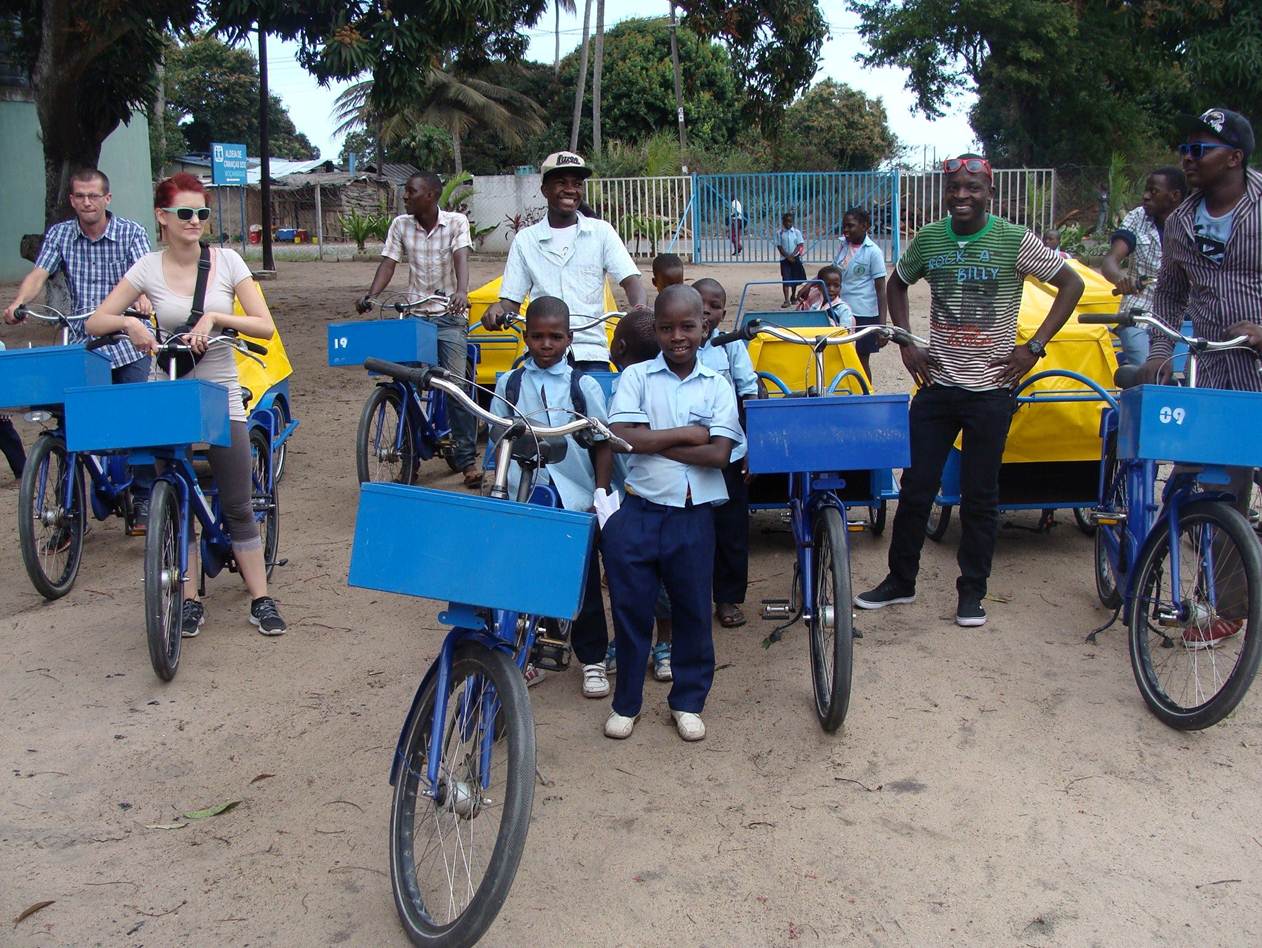