Keystone and Big Oil are Not the Problem

Feb 26, 2014 2:30 PM ET
Tweet This:
Check out why exec. director of Center for Sustainable Organizations believes Keystone & Big Oil are not the problem http://3bl.me/tw3pts
Article

The blog originally published in the Valley News and is being re-published with the consent of the author, Mark McElroy.

Thetford Center, VT Critics of the proposed Keystone XL pipeline rightly point out that its construction will only add to the intensification of global warming. Even the U.S. government agrees with this. After all, anything that has the effect of facilitating a new generation of fossil fuel extraction and incineration can only be bad for the climate.

What some of us can’t understand, though, is why leading opponents to Keystone XL aren’t at least as vocal in their opposition to the use or consumption of fossil fuels as they are to their production- of not more so- especially when one considers the fact that is the burning of fossil fuels that is the proximate cause of global warming, not their supply. Why are opponents of the Keystone pipeline so quick to vilify the supply side of climate change, but not the demand side?

What is instead of focusing on narrowly on the supply of fossil fuels, advocates of reversing climate change were to focus on their use and incineration? In other words, what if instead of rising up in opposition to the producers of oil and gas, they were to concentrate their efforts on those who actually burn them, as in those directly cause climate change instead of merely facilitate it in some way?

Last year, we (the Center for Sustainable Organizations) led to a study in conjunction with Climate Counts, another non-profit next door in New Hampshire, in which we compared the emissions of 100 of the world’s largest corporation to science-based targets for reversing climate change. Included in our findings was the facts that 2 of the 3 Big Oil producers we looked at (BP and Chevron) scored sustainably in terms of their own emissions since 2005. Emissions at both companies, that is, have gone down, not up.

Of greater importance, perhaps, was our conclusion that most of the world’s GHG emissions have nothing to do with the activities or operations of oil companies, since more than 90 percent of them are attributable to other sectors. Commerce writ large, that is, is responsible for the vast majority of emissions on Earth, thanks to the combustion of fossil fuels by businesses in general, not just the extraction and sale of them by Big Oil. What we desperately need more than anything else, then, are reductions in emissions by industry as a whole, whether Keystone XL is completed or not.

Importantly, we also found that roughly half of the non-oil/gas-producing companies we looked at have been on track since 2005 to reduce their GHG emissions at levels prescribed by science for what it will take to reverse climate change. The demand side of the equation that is, is making progress, albeit nowhere fast enough, we agree.

Still, and with all due respect, I think opponents to Keystone XL, Big Oil, etc. would do well to at least balance their efforts by focusing on the behaviors of those responsible for 90-plus percent of the world’s emissions, instead of simply condemning those responsible for the other 10. Anything less just seems like gratuitous vilification and may not be helpful in the end.

Mark W. McElroy is executive director of the Center for Sustainable Organizations in Thetford Center, VT. 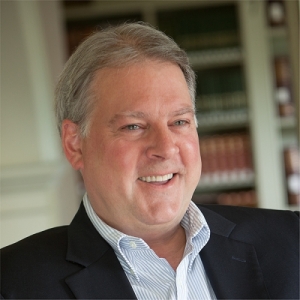