As a 20-year U.S. Air Force veteran, David Durbin has a strong history of leadership. When David and his family were ready to transition to civilian life, he looked to translate his military leadership skills to a private sector position. Although he did not have retail industry experience, the idea of being a store manager appealed to David. He applied and was accepted to our Junior Military Officer and Non-Commissioned Officer (JMO/NCO) program, an initiative that helps veterans transition from the military to roles within Safeway.

David says he most appreciates the shared values between the military and Safeway. Both recognize and reward hard work with opportunities to grow. Following the completion of his nine-month JMO training, David served as a store manager in two California stores: one in Sacramento and one in Los Altos. In 2013, David was promoted to a role at our corporate headquarters, where he is now a category manager overseeing our candy, books and magazines category.

David credits his success to the JMO program, as well as to his training manager, Carla Banks. Last year, David decided to pay it forward by creating an employee Veteran’s Resource Group, which promotes the growth and development of Safeway’s active reserve, guard and retired veterans.

“The Veteran’s Resource Group supports and encourages veterans’ career development and growth while working for Safeway and our local communities,” David says. “I really appreciated the support that Safeway provided when we wanted to establish the group, from helping us set a mission to developing other guidelines. We now want to keep our momentum and grow our membership in 2014.”

Safeway’s JMO/NCO training program accepts applicants who have been military officers and non-commissioned officers and places them in an accelerated leadership program. Once their training is complete, they are qualified to become managers in our retail stores, distribution centers and manufacturing plants, or other leadership roles within our organization.

Learn more about David and Safeway’s efforts to support veterans. Join the Facebook and Twitter conversation by using the #HeartOfSafeway hashtag. 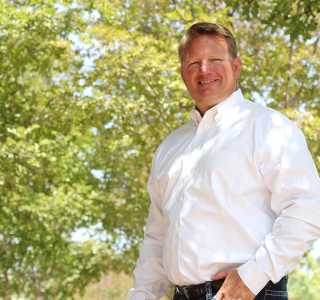