Players Trust Encourages Others to Live Below the Line

Mar 3, 2015 10:50 AM ET
Tweet This:
The @MLBPlayersTrust is going to live #belowtheline in April & you can read about it here http://bit.ly/1EaH1IW Why not join them?
Article

The Players Trust is joining Global Citizen’s Live Below the Line fundraising and awareness campaign in 2015 to help improve living conditions for the 1.2 billion impoverished people around the world.

The Live Below the Line campaign challeges people across the U.S., Australia, New Zealand, Canada and the United Kingdom to feed themselves with just $1.50 a day – the equivalent of the international Extreme Poverty Line – so they can better understand the lack of choice and opportunity faced by people living in poverty.

The campaign culminates with a five-day period (April 27 – May 1) in which more than 10,000 participants are challenged to eat and drink for just $1.50 a day.

Global Citizen is a web platform designed by the Global Poverty Project, an advocacy organization whose goal is to end world poverty by 2030.

Through Live Below the Line, the Players Trust hopes to engage Major League players, partners and baseball fans everywhere to join the antipoverty effort through on-and offline activism and charitable contributions.

The Players Trust is among the organizations whose goal is to raise more than $2 million to help the world’s leading poverty-fighting organizations make a difference in their battle.

Through the Players Trust, Major Leaguers have been doing their part to help imporvished populations around the world. From empowering women in the Dominican Republic by providing funding for Esperanza International’s microfiance program to providing grants to help deaf costruction workers build 50 new homes and four schools in the Philippines, Major Leaguers are committed to helping others in need and encouraging others to do the same.

Other partners in the the Live Below the Line campaign include Concern Worldwide, Heifer International, Opportunity International, the Hunger Project, and the UN Refugee Agency. Funds raised by the organizations will further support efforts to end poverty by empowering women, building local businesses, accessing clean water, and providing training to improve the lives of people struggling.

Visit http://bit.ly/1DKKXjs to join the Major League Baseball Players Trust challenge by living below the line. 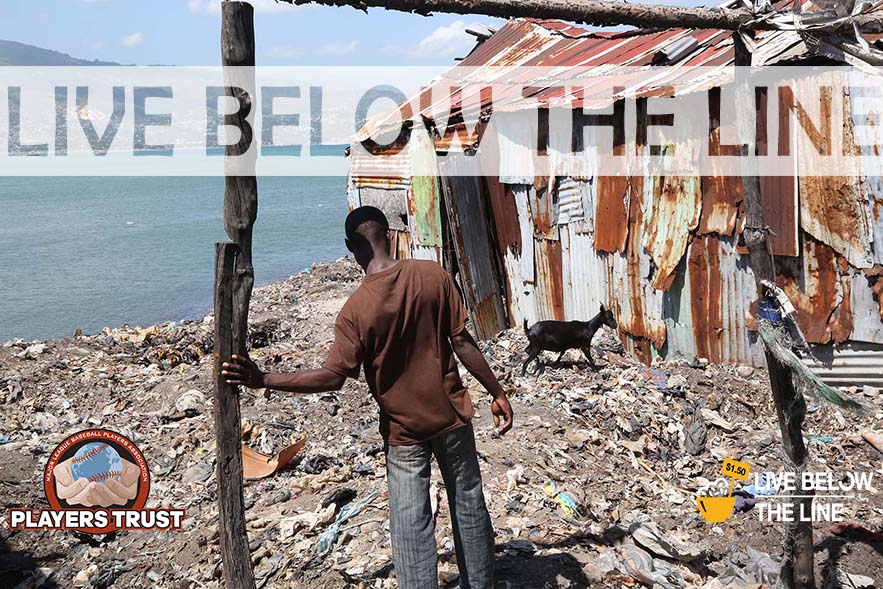