By Susan White, a citizen of the Oneida Nation in Wisconsin and Director of Oneida Trust and Enrollments

In the early 1990’s The Oneida Nation located in Wisconsin was one of the first Native Nations to formally adopt sustainable and responsible investing (SRI) policies for the Nation’s Trust investments. The policy directed its investment managers to divest from companies that harmed Native peoples or that caused significant harm to the environment. The Oneida Trust Committee, a nine-member committee elected by the general membership, has supported staff to continue to develop the Trusts’ SRI initiative. What began as mostly avoidance of selected companies has transformed into a permanent model of social, environmental and governance policies in order to help Indian Country.

Beginning in the 1980s many US Indian Nations have either created wealth or at least an income stream from Tribal casinos and other equity ventures. But Indian Country as a whole still suffers from various economic, social and environmental issues. Tribes needed to “catch-up” and invest in infrastructure, roads, sewer and water systems and community programs. Many are still catching up today. For some Tribes the budget allowed for other types of investment including investing in the public capital markets.

Once empowered to invest in the capital markets, the Oneida Trust Committee looked at some of the investments that were being made on their behalf. A few of the investments were in companies that harm Indian Country. Primary issues involve land rights and the environmental degradation of land by the extractive resource industry, as well as the profit-driven commercialization of Native images without compensation to Native America.

Using their leverage as investors, Oneida worked with other investors to lobby companies to improve their social, environmental and governance policies and performance in order to help Indian Country and Indigenous Peoples worldwide. Avoidance evolved into activism. Here are a few examples of how the Oneida Trust Committee worked in solidarity with several Nations to affect positive social behavior by corporations.

The Committee worked with the Hopi and Navajo concerning Peabody Energy’s slurring coal with drinking water from the Hopi and Navajo N-Aquifer to the Mojave Generating Station. Oneida also attended and provided a statement on behalf of its brother Tribe the Onondaga at the annual Honeywell meeting concerning the company’s pollution of the Onondaga’s lake and land. The Oneida is engaging a major corporate sponsor of the National Football League on the Washington, DC team’s disparaging name.

Oneida’s attendance and participation in these shareholder meetings may not have had a direct impact on the discontinuance of the coal slurry, or on the Onondaga Tribe, Honeywell, and the E.P.A. entering into a three-way trusteeship to clean up the lake and land, but the shareholder activism brought new light to issues shareholders may never have seen before.

Unfortunately, few Tribal investors, who are institutional in scope, are using their investments to influence corporate policies. The Oneida Trust Committee continues to recruit other Nations to adopt SRI policies. There is definitely interest from other Tribes to participate in the SRI initiatives; but they have been unable to organize and adopt formal policies like Oneida.

While Tribes develop their own SRI policy the Oneida are committed to assist Tribes where they can. The Oneida Trust Committee helped draft and pass a resolution by the National Congress of American Indians (NCAI), a non-profit organized as a representative congress of American Indians and Alaska Natives. NCAI serves to develop consensus on national priority issues that impact Tribal sovereignty. The resolution states NCAI will act as a clearinghouse to keep Tribes apprised of issues related to SRI. NCAI is to publish and maintain a list of companies that do harm to Native people or where there is significant shareholder activity in which Tribes who wish to participate can get involved.

Since the mid-1990s, the Oneida have been a member of US SIF: The Forum for Sustainable and Responsible Investment, the US membership association for professionals, firms, institutions and organizations engaged in sustainable, responsible and impact investing. US SIF and its members advance investment practices that consider environmental, social and corporate governance criteria to generate long-term competitive financial returns and positive societal impact. As Director of the Oneida Trust, I co-founded the Indigenous Peoples Working Group (IPWG) of US SIF and serve as its co-chair. I have spoken at Native finance conferences and US SIF annual conferences to help build bridges and understanding. US SIF recently published “Creating a Sustainable World: A Guide to Responsible Stewardship of American Indian Assets.” Download the report here-http://www.ussif.org/files/Publications/TribalAssets.pdf

Through US SIF, the Oneida Trust Committee and Department have been able to engage corporations and enter shareholder meetings by networking and collaborating with other sustainable and responsible investors.

Through its shareholder advocacy work, Oneida has assisted with the discontinuance of the manufacturing of the Crazy Horse line of clothing by Liz Claiborne. The name was being used without the consent of Crazy Horse’s descendants. Through its community investing strategy, the Oneida have provided an inter-Tribal loan to the Lakota Loan Fund. The seven-year relationship continues today.

The Oneida’s SRI activities have helped several major corporations to change their policies that impact Indian Country. The following is taken directly from the “Creating a Sustainable World: A Guide to Responsible Stewardship of American Indian Assets” report mentioned above:

“By crafting an investment strategy aligned with a Tribe’s mission and principles, Tribal leaders and asset managers can ensure that a Tribe’s assets work for—not against—Native nation-building. When Native investment dollars are funneled into corporations with historically poor practices toward American Indians and are not used to pressure companies to reform, the results are counterproductive. American Indian Tribes and organizations can greatly enhance their impact by establishing guidelines allowing them to be more strategic in their investment decisions, use their shareholder status as leverage with companies and affirmatively invest in communities.”

Perhaps Native Americans are the original sustainable and responsible investors as they have invested in their communities to strengthen and foster their self-determination as a Nation. By working with other investors the Oneida can help Indian Country be stewards of Mother Earth, insure Native Americans are included in Free Prior and Informed Consent, and insure Native images are respected and not used to dehumanize.

With proper awareness and education, all Tribal Governments with investment portfolios can use the tools and connections that Oneida has employed. Even non-Native investors that support Indian Country and the rights of Indigenous Peoples work together in solidarity to better the world. As long as the Oneida Nation has investment portfolios, we will be involved in SRI in one form or another to meet its investing mission: The Oneida Trust Committee recognizes the responsibility to invest in a manner that does not enable harm to the environment or the spiritual and cultural values of Native Americans. The Trust Committee prefers to invest in companies that make positive contributions to alleviating the problems facing society and the environment.

Article by Susan White, a citizen of the Oneida Nation in Wisconsin and Director of Oneida Trust and Enrollments. She directs two multi-operational departments in capital strategies for protection and growth of trust assets. Susan maintains the Trust’s sustainable and responsible investment philosophy by coordinating shareholder activism for Indigenous Peoples. Susan is also responsible for the maintenance and protection of Tribal citizen records for the elected Oneida Trust/Enrollment Committee.

Susan and the T/E Committee won a Harvard Honoring Nations – American Indian Economic Development award in 2010. She received the SRI Service Award in 2011. Susan is a speaker at Native American Finance and Trust Officers Conferences and the SRI Conference.

Susan serves as co-chair of the Indigenous Peoples Working Group of US SIF:  The Forum for Sustainable and Responsible Investment, the First Nations Oweesta Corporation Loan Committee, the Women’s Fund of Greater Green Bay Emeritus, the Oneida Ladies Auxiliary VFW Post 7784, and the American Foundation for Counseling Services Ethics in Business Selection Committee. Susan resides in Oneida with her husband and two sons. 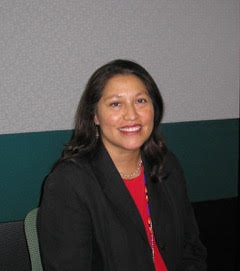 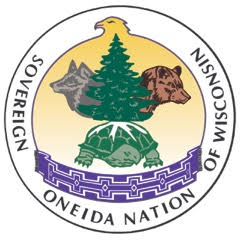