Disaster recovery remains a driving force for Asia, which experiences more natural disasters than any other region in the world. Floods, earthquakes and cyclones continue to wreak havoc—killing people, wiping out homes and livelihoods, and leaving economies in distress.

From the humanitarian crisis caused by Typhoon Haiyan (Yolanda) in the Philippines in 2013—which killed at least 10,000 people—to the impact of Typhoon Soudelor cutting power to 4.85 million homes in 2015 (Taiwan’s largest ever downing of the power grid), tropical storms regularly devastate life, economies and hamper developmental progress throughout the region. Even relative “near misses” such as last October’s Typhoon Haima caused major economic challenges, costing Hong Kong alone an estimated HK$5 billion in lost business.

However, there may be a solution that will help mitigate loss going forward—making small investments in the power grid today by embracing emerging smart grid and microgrid solutions will save these ever-expanding cities’ resources while critically improving disaster resilience and recovery of life in times of human tragedy.

A key component of a power grid’s resilience is the effectiveness of its communications systems and the management of its smart data. Making system-wide improvements through data-rich smart grids will be critical to recovery. Relying on “islanded” microgrids—which are disconnected and separated from the main power grid—can literally keep the power going on a smaller and more localized level. This is critical for many public service facilities such as schools, universities and hospitals.

Identifying the cause for failure early and precisely is critical for disaster recovery. Pinpointing problems and estimated repair times in public communications can also aid significantly, helping to allay fears and confusion in troubling times. 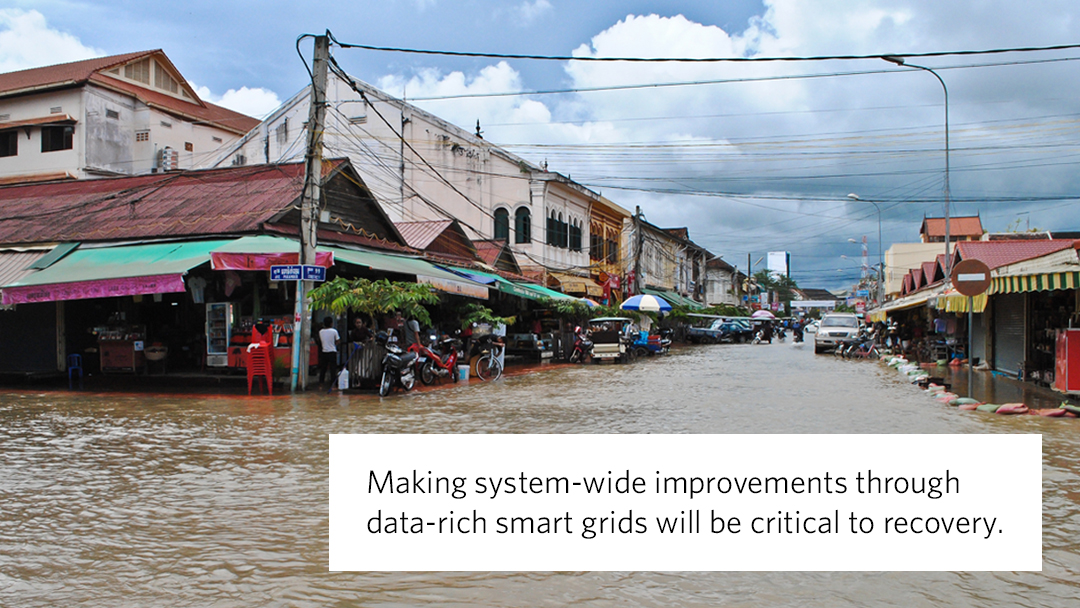