The Smart Bet is on a Clean Energy Future

Power systems and the investment landscape are changing. Both at home and around the world, the ways that we produce and consume electricity and arrange fuel transportation are evolving.

The many drivers of this transformation include public policy, consumer trends and demands, business models, and technological innovation. The ultimate outcome of the changes remains to be seen, but a clear direction is apparent. A clean energy future is here and poised for rapid growth. Clean energy attracted a record $329 billion global investment in 2015 despite low oil and gas prices. That record was due to investment all over the world – the United States, China, Africa, Latin America, India, and elsewhere.

The energy marketplace is and will remain dynamic. Fossil energies are poised for moderate growth overall, particularly in non-OECD economies in transition, but these traditional energy sources may also lose market share in many more mature markets. Renewable energy technologies are the major growth story coming out of Paris, making prudent investment in the clean energy space a seemingly smart bet.

Why Now? In December 2015, 174 nations and the European Union struck a landmark climate agreement in France. The Paris Accords include binding commitments in the form of Intended Nationally Determined Contributions, or INDCs, to hold the increase in the global average temperature to well below 2° Celsius above pre-industrial levels and to pursue efforts to limit the temperature increase to 1.5° Celsius above pre-industrial levels. Preliminary analysis of the INDCs indicates that achieving them will require a 50 percent growth in renewable energy by 2040. Achieving the more ambitious goals would likely mean even more growth in the clean energy marketplace.

The Paris commitments seem likely to strengthen an established trend toward cleaner electricity and transportation systems.

– Wind power production has tripled to more than 70GW (Gigawatt)

– Solar power costs have dropped by more than 60 percent and solar installations have increased by a factor of more than 20; solar now provides more than 20GW of electricity

– Battery costs have dropped more than 70 percent and today we have more than 400,000 plug-in electric vehicles (EV) on America’s roads.

– Highly efficient LED lighting has dropped in cost by more than 90 percent, with LED deployment growing by more than 200 times to more than 80 million installed light bulbs today.

Solar and wind power prices have reached all-time lows—raising eyebrows of many who thought renewables would always be more expensive than “traditional power” like coal, nuclear or natural gas. For example, in early 2016, Dubai Electricity and Water Authority received a 2.99 US cents/kWh (kilowatt hour) bid for the 800MW (Megawatt) solar electricity plant it plans to build. Just in the last few weeks, Enel Green Power managed to set new record lows for wind (3 US cents/kWh – Morocco) and solar (3.6 US cents/kWh – Mexico). These prices are unsubsidized and do not account for the environmental externalities that would make clean energy even more economically attractive.

These statistics only hint at the scope of opportunity this clean energy revolution offers for investors. A broad portfolio of new technologies is emerging as technically and economically viable. These include ‘smart’ and traditional solutions, and options for centralized and decentralized power systems.

What does the future hold? Jedi master Yoda noted that the “future is always in motion and difficult to see,” and that’s certainly true of the energy marketplace. The heterogeneous policy and regulatory environments of power systems make the swirling mists of the marketplace difficult to read, but likely categories of ‘next big things’ include electrified transportation, energy storage at all scales, integrated energy service providers, and smart data applications. 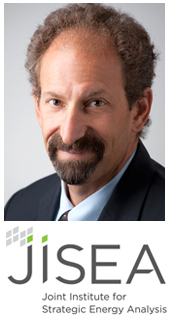