​Program focuses on restoring dysfunctional school toilets for the hygiene, safety and dignity of children.
May 26, 2016 3:00 PM ET
Tweet This:
Access to clean and safe toilets has a direct correlation to children's attendance and engagement in school http://bit.ly/25hJFY2 @KCCorp
Article

Naina aged 13, no longer has to wait for 8 hours to reach home before she can use a clean, safe toilet and does not miss school during her periods any more. Bhaskar, having stumbled over broken tiles and pot holes would shamefully resort to using the shrubs outside his school. Not anymore, because his school toilet is now repaired and well lit-up. Naina and Bhaskar both study in government schools where children suffered innumerable difficulties and indignities in not being able to access safe and clean toilets. In India, over 600 million people (half the population) still practice open defecation. While ~ 90 schools have toilets, 4 out of 10 are non-usable or dysfunctional due to lack of regular maintenance. In rural India, 1 out of 2 toilets in schools is unusable leading to continued open defecation. India reports the highest number of diarrheal deaths among children under-five, open defecation being the main reason. Further ~ 23% girls drop out of school on reaching puberty and access to safe & hygienic toilets can increase their attendance by up to ~11%.

Based on feedback from Government stakeholders and our NGO partners, in India we decided to approach the entire sanitation issue from a different angle – fix what has been built. Thus Toilets Change Lives in India is taking a unique approach of repairing dysfunctional toilets in schools to restore hygiene, safety and dignity for children. Under the aegis of the Kimberly-Clark Foundation the program is being implemented in partnership with NGO CAF (Charities Aid Foundation) India and will repair and renovate toilets in 100 schools across 5 states; Delhi, Uttar Pradesh, Telangana, West Bengal and Maharashtra.

Flagging off the campaign in Delhi, Achal Agarwal, President, Kimberly-Clark Asia Pacific, explained the campaign’s focus:  “In India, since much progress is being made by the Government’s Clean India campaign in building new toilets, we decided to address the lacuna of dysfunctional or unusable toilets. Further, we will focus on school toilets as it not only impacts children’s attendance and quality of education, but as change agents they also influence their families and communities to help reduce the incidence of open defecation at large.”

In India, KCP took its first step in 2014 to build household toilets in rural India in partnership with Habitat for Humanity. Further, as cofounder and key member of the Toilet Board Coalition, K-C is also working towards building a self-sustaining demand-based sanitation model with social entrepreneurs in India. With the new focus on repairing school toilets and driving behavior change among children, K-C endeavors to  address both hardware and software issues to create a holistic and long term impact. 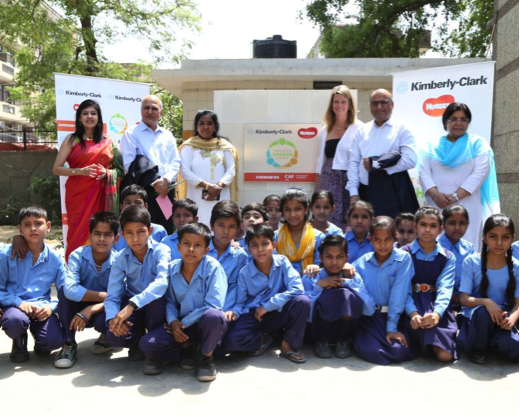 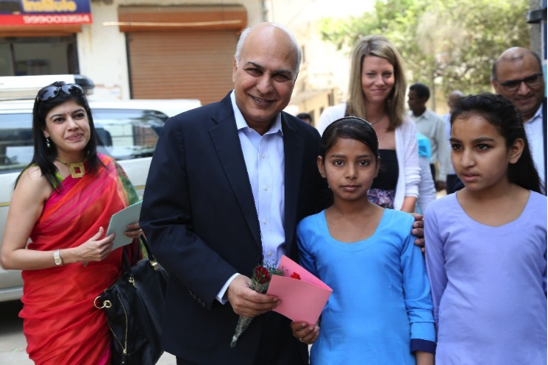