MSI, A Tetra Tech Company, was selected as the prime implementer of the CEGAH (meaning prevent in Indonesian Bahasa) project, an anti-corruption program, funded by the U.S. Agency for International Development (USAID), designed to strengthen Indonesia’s community of accountability by providing integrated capacity building efforts for the judiciary, executive, and independent agencies; civil society; media; and the private sector at both the national and subnational levels. The program aims to reduce corruption by addressing its root causes and by strengthening the Indonesian government’s ability to implement effective counter-measures.

Through the CEGAH project, Tetra Tech is focusing on three main components: rule of law, government accountability and transparency, and civil society. In collaboration with Indonesia’s Supreme Court and Attorney General, Tetra Tech is working to improve the transparency of the judiciary’s court cases by enhancing the publically accessible case management system, as well as address the current disparity of corruption sentences and improve sentencing guidelines. Through CEGAH, our team helps coordinate the delivery of education about corruption in the country’s law schools and universities.

Through CEGAH, our team supports the Indonesian government in their monitoring and improvement efforts, grounded in evidence-based research and institutional capacity building. To help increase accurate data and transparent knowledge sharing, Tetra Tech is training journalists throughout the country on evidence-based reporting, teaching them ways to access government data and encouraging them to use it.

A major component of the CEGAH project is the Anti-Corruption Film Festival, which Tetra Tech helped launch under the prior USAID Strengthening Integrity and Accountability (SIAP) project. The goal of the film festival is to promote public understanding of anti-corruption. To encourage participation and support Indonesia’s filmmaking community, Indonesia’s Anti-Corruption Agency announced a five-city tour that featured filmmaking workshops, film screenings, and interactive talk shows. Building on growing awareness of and participation in previous festivals, the 2017 festival attracted more than 900 participants, and garnered media coverage from national and regional news sources.

Through CEGAH, Tetra Tech has successfully improved justice service delivery for Indonesia’s citizens and has supported the training of government institution employees to improve their ability to reduce corruption and increase transparency. The Ombudsman on System Investigations and the Ministries of Health and Education are among the institutions that completed training in the areas of citizen complaint and reporting systems, corruption vulnerability assessment management, and performance auditing and monitoring.

Since its inception in May 2016, CEGAH has provided crucial support to the Government of Indonesia in efforts to combat corruption and promote accountability. The project’s activities address all facets of corruption, building on previous USAID investments and empowering reformers throughout government. 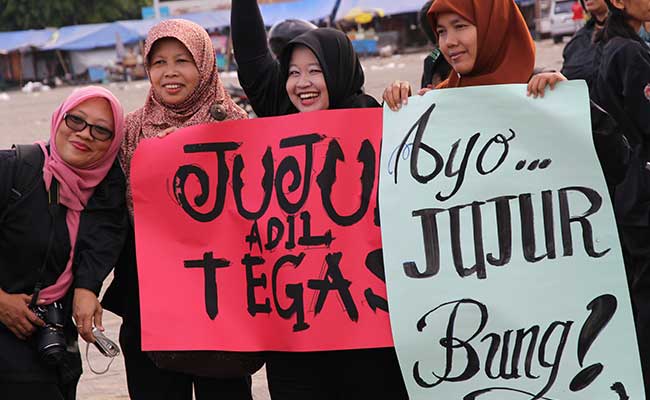