Water Infrastructure Investments to Result in $220 Billion in Economic Growth

Closing the water infrastructure funding gap in the U.S. could result in a $220 billion boost in economic activity, as well as create 1.3 million jobs annually. These findings, and more, were recently released in a new Value of Water Campaign, “The Economic Benefits of Investing in Water Infrastructure.”

Aging infrastructure has been a growing issue for many of the nation's water and wastewater systems, many of which are operating well past their intended lifespans. According to the analysis, the federal government's contribution to water infrastructure capital spending dropped 54 percent from 1977 to 2014, making funding infrastructure improvements more vital.

Other key takeaways from the report:

"The report findings make it clear that investments in water infrastructure generate high quality jobs, increase the competitiveness of American businesses, and lead to a significant injection of economic activity throughout the nation," said Radhika Fox, Director of the Value of Water Campaign and CEO of the U.S. Water Alliance.

Black & Veatch is a proud partner of the Value of Water Campaign. 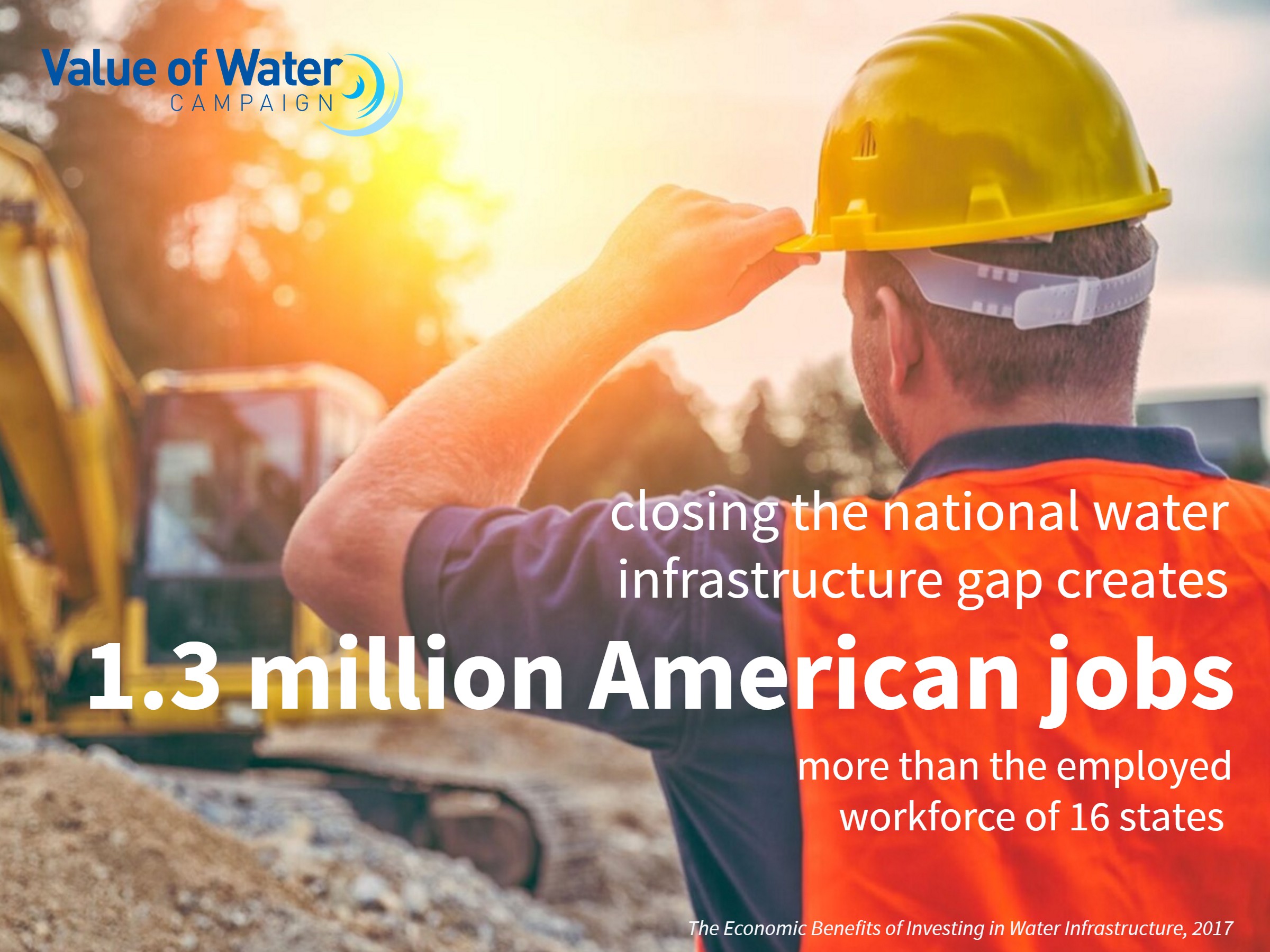