350.org, Student Activism and the End of Reason

There were many reasons I took a leave of absence from Yale in 1970 after the National Guard lined the streets looking like aliens with their gas masks and camouflage -- there to keep the peace by shooting rubber bullets. I was not yet angry enough about the legal system and the Bobby Seal trial to join the dissenters, and the studios were too small for the big sculptures I wanted to create as a fine arts major. My lottery number was high and a year off would make me eligible for the draft and unlikely to be drafted. Once clear for a year I would be free. I also felt the hypocrisy when pacifism is expressed violently and wasn't certain I agreed with all the shouting, but at the same time I felt guilty for my inaction. My solution was to learn how to farm organically in England... practical, politically correct sculpture on a large scale. My feelings are similarly mixed now when I hear about the loud chanting that has been happening on at least 300 campuses across the country, even though I agree with their message. It is time to divest from fossil fuels and it can be done sanely and with full fiduciary reality. Why can't we just discuss it?

Unfortunately, the experts on the financial boards of endowments may one day look down on the smoldering remains of Earth, and comfort themselves by asserting that at least they did their "fiduciary duty" by putting profits ahead of people or planet! Their lack of willingness to consider the passionate pleas of students to divest is just as disingenuous as activism without real debate. A newspaper article at Swarthmore that divulged the talking points of an expert on why divestment would cost the endowment over $200 million in the next 10 years was full of stretched truths and hidden assumptions (read it here. Using the same kind of reasoning I came up with the following back of the envelope argument:

It was particularly sad for me to watch the useless interchange at the Swarthmore Board meeting where the term sophomoric came alive on the YouTube video screen.

That said, even though no one was listening and you couldn't hear what was being said through the cheers and chants, the students did get some attention and goodness knows we need to wake up. The prospects of the Gulf Stream cooling to the point of ending its streaming warmth to Europe is becoming more imaginable as winters grow longer in Ireland and Northern Europe. We are now at 400 parts per million of carbon in the atmosphere, and despite the pleasant imagination that plants will just keep getting more lusciously leafy and eat up all the carbon while we enjoy more exotic weather on our North shores; we are beyond the neutral point of 350 ppm and if we don't do something drastic soon, well -- join us in reinventing how to invest in a world that will last.

G. Benjamin (Ben) Bingham is the CEO and Founder of 3Sisters Sustainable Management. He is also the Chief Investment Officer currently focused on a Private Equity Fund called Scarab Holdings for partners in the new paradigm to foster a sustainable environment and social justice within a diverse and meaningful world culture. Read more of Ben's bio here. 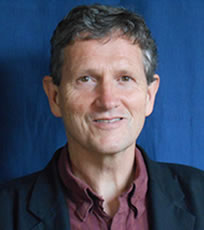 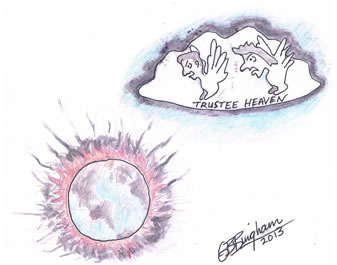