March 8th marks United Nations International Women’s Day around the world, but Goldcorp promotes the advancement of women in leadership roles all year round. In today’s installment of our multi-part Get To Know Us Better series, we share with you how the driving ambition of this Goldcorp employee proves women can steer their careers in any direction.

In the city of Salta in mountainous northwestern Argentina, opportunities for women to provide for their families or build a career are limited. Alejandra Cazula was fortunate to have reliable employment, working for a supermarket and eventually advancing to a position where she managed a staff of 20. But Cazula was driven to achieve much bigger dreams.

So when a relative suggested she move south to the port city of Río Gallegos in the province of Santa Cruz, Cazula packed her bags and headed for new horizons and new opportunities. Based on her experience, she soon landed a job with a local grocery chain, where she happened to catch a glimpse of her future.

“One day I saw a magazine cover showing a young woman from a mining company standing alongside a huge CAT truck,” says Cazula. “I'd never seen anything like it. It caught my attention and I read the article. I found out that this woman learned to drive these trucks with no previous experience. That fueled my desire to work for a mining company because I could see myself driving that truck.”

In the months that followed, Cazula took steps to pursue her new career path, first gaining employment with a company that supplied services to Goldcorp’s Cerro Negro mine. Cerro Negro is one of Goldcorp's newest mines – with first gold poured in July 2014. It commenced commercial production in January 2015. Cazula made her ambitions known to colleagues, one of whom helped put her in touch with the mine’s operations department.

The timing was ideal as Cerro Negro was launching a training program for heavy-equipment operators, geared toward integrating women into ore hauling – traditionally a male-dominated job. The course is among the most recent of Goldcorp’s ever-growing initiatives to help females overcome barriers and build skills for empowerment and advancement throughout the company and the mining industry.

Cazula was invited to Cerro Negro for an interview, then offered an opportunity to become one of the first females to participate in the heavy-equipment course. After completion, she enrolled in and graduated from Goldcorp’s Creating Choices and Growing Choices programs. She ultimately chose an administrative position in the ore hauling department, where she works with a manager who encourages her quest to achieve whatever she aspires to be.

“What I've learned and how I've grown at Cerro Negro wouldn't have been possible without my manager's support,” says Cazula. “I feel that everything I learned in those programs has made me stronger and facilitated my desire to keep learning and growing professionally.”

This story and many others that demonstrate Goldcorp’s commitment to our vision of Together, Creating Sustainable Value is from our Above Magazine. Click here for Issue 11, 2015/2016. 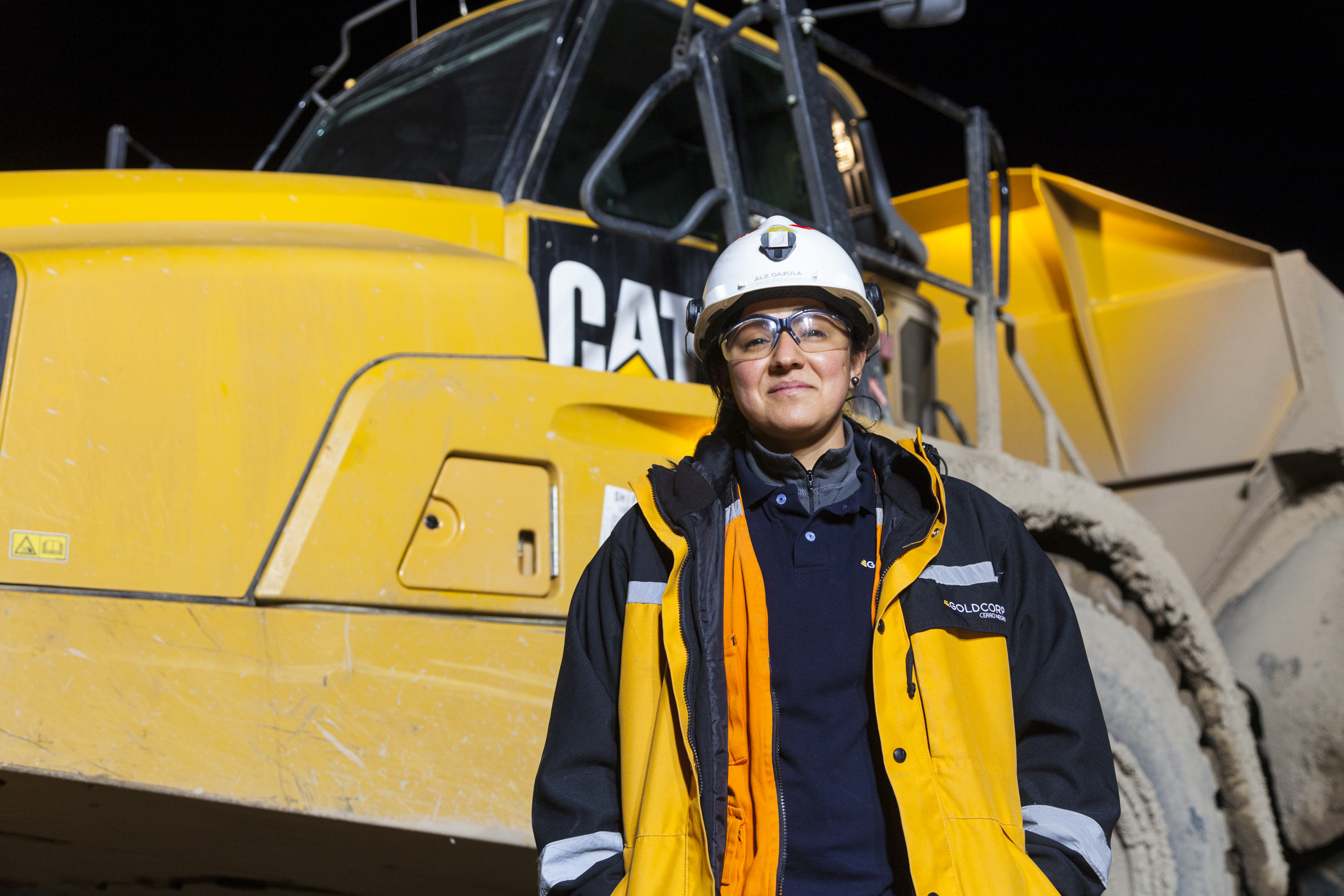