Broken-Hearted and Angry, This Woman Set Out to Heal Children Rescued From the Sex Trade

Jenny Williamson first learned the phrase “human trafficking” while listening to a sermon at church.

Her pastor was explaining to the congregation that they lived in a world where children are sold for sex. The thought both repulsed and moved her. She went home and started researching the issue online, learning that her hometown of Sacramento, California, was a major hub for sex trafficking.

“When I found out it was happening in my own backyard, I went from being broken-hearted to incredibly angry,” Williamson recalls.

Williamson discovered there were few services to rehabilitate children rescued from the sex trade. So she set out to help those children by learning about how best to serve them.

In 2005, she used what she learned to create Courage Worldwide, a nonprofit volunteer organization with a mission to help people find their unique purpose. In 2011, the nonprofit opened Courage House, a home for girls rescued from sex trafficking. There are two locations – one in Northern California and one in Tanzania, Africa.

“They are told over and over and over again – no one cares, you have no value and this is all that you are good for,” Williamson says of the girls, ages 12 to 17. “And that is what we’re trying to do at Courage House, is show them that worth.” 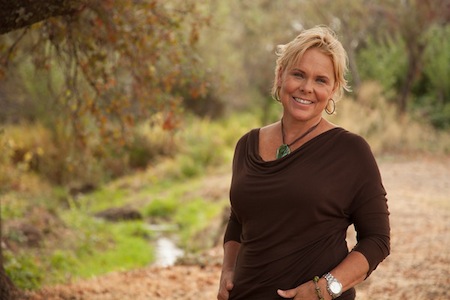