Capitalism Supports the Environment In Spite of Capitalists

Feb 5, 2013 5:30 AM ET
Tweet This:
http://3bl.me/k9zpea #Capitalism Supports the Environment In Spite of Capitalists #CSRHub #Sustainability #CSR
Blog
As previously seen on the CSRHub Blog

Like many people, my faith in capitalism was badly shaken by the crash of 2008 and its aftermath. I sat by, appalled as some capitalists denied climate change and used the economy as an excuse to continue their planet-destroying practices.

I rooted for regulation, until Obama, who once seemed to be the environmentalist’s last great hope, declared his second term energy policy would be “all of the above.”

Given this lack of resolve, I was surprised to read in last week’s environmental website Sightline’s that US oil consumption is actually falling:

US Energy Information Administration suggests that total oil consumption in the United States fell by about 1.5 percent last year — meaning that the country as a whole used about as much oil in 2012 as it did in 1994… (even as) population grew 19%.

How can this be?  Since the comparison goes back to 1994, we can’t credit the recession. The large bulk of oil consumption is from transportation, and as laid out in painful detail in SmartPlanet, the drop is not due to greater vehicle efficiency. So what is driving this drop?

The timing suggests the drop is price-related: per capita oil consumption has fallen most dramatically since 2004, when oil prices started rising sharply.

To the planet’s everlasting gratitude, higher oil prices lasted long enough this time to launch a revolution in transportation. Think about what’s happened just over the last few months:

And U.S. consumer acceptance is “closer than you think,” according to Mui, who sites the younger generation’s comfort with technology and population segments such as the elderly and the disabled who are unable to drive themselves. The early forces that held back air travel – fear of crashes – are also selling points for the driverless car, which promises to reduce accidents by 90%.

These examples are democratic capitalism at its finest. After 50 years back-and-forth on conservation and environmentalism, gas prices creep out of America’s comfort zone and national public opinion shifts. Over the next few years, investors get serious. Bedrocks of conservatism like the DOD, the airline industry and car-makers find the will to act.

Climate change has found a potentially scenario-changing champion in capitalism.

Am I just the relentless optimist to think that capitalism can save us? I’m all for increased regulation of the capitalist money machine to control unfettered greed. But here is the free market system at its best. Makes you want to believe again, doesn’t it?

CSRHub provides access to corporate social responsibility and sustainability ratings and information on nearly 7,000 companies from 135 industries in 82 countries. Managers, researchers and activists use CSRHub to benchmark company performance, learn how stakeholders evaluate company CSR practices and seek ways to change the world. 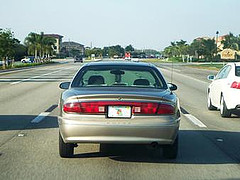