More than ten years ago, a small nonprofit and a Dutch company conspired to make a difference in the lives of impoverished Africans. The nonprofit, Close the Gap, collected usable IT equipment from major corporations in Europe. The Dutch company refurbished the various devices and made them suitable for use. And ever since then, together they have been providing computers to those in need, and have deployed more than a half million computers to help bridge the digital divide.

The nonprofit has sprouted wings, and the Dutch company is now part of a great big company, but the digital divide continues to widen. In the past ten years, technology has transformed every dimension of life for those with access not just to technology but also to that other critical ingredient, electricity. For those without electricity – some 1.3 billion people around the globe – the digital divide has been insurmountable until now. In sub-Saharan Africa, 628 million people, some 68% of the population, have no access to electricity. But in sub-Saharan Africa, new hope is being born.

In 2015, in partnership with Close the Gap, Arrow helped launch the first-ever DigiTruck – a refurbished cargo container, insulated against the sub-Saharan heat, provisioned with solar panels and equipped with refurbished IT equipment from Arrow’s Value Recovery business, to become a self-contained mobile classroom.

Today, the DigiTruck is at an orphanage in Tanzania. It is impacting the lives of children, and it is reaching around the globe to impact the lives of everyone who chooses to get involved. Once the DigiTruck was deployed at the orphanage on the slopes of Mt. Kilimanjaro, Arrow business units and employees around the globe were motivated to help as well. This crowdsourcing within the company so far has resulted in an employee-funded scholarship program for orphans, refurbished tablets to extend their online education, internet service at the remote orphanage and a playground.

We invite you to be a part of the work at the Tuleeni Orphanage, and to help spread the word.

Carol Baroudi works for Arrow’s Value Recovery business promoting sustainability awareness and action. She is the lead author of Green IT For Dummies. Her particular focus is on electronics in the Circular Economy, with an emphasis on the IT asset disposition stage, e-waste and everything connected. Follow her on Twitter at @carol_baroudi and connect with her on LinkedIn at www.linkedin.com/in/carolbaroudi. 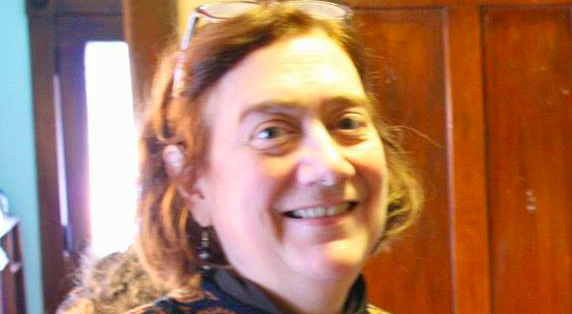