"It is an honor to partner with the Breakthrough Prize team to celebrate the incredible men and women who are driving the world's most significant scientific advances," said Gary Newman and Dana Walden, chairmen and CEOs, Fox Television Group. "We hope that by showcasing these great minds and their important work to millions of viewers, we can help them inspire the next generation of scientists."

Tech industry leaders Sergey Brin (Google), Anne Wojcicki (23andMe), Mark Zuckerberg and Priscilla Chan (Facebook), Yuri Milner and Julia Milner (DST Global), and Jack Ma and Cathy Zhang (Alibaba) launched the prize in 2013 to give scientists and mathematicians the same celebrity treatment as actors and musicians. The awards honor achievements in the fields of Fundamental Physics, Life Sciences, and Mathematics, and laureates receive $3 million in prize money, making the Breakthrough Prize one of the most lucrative awards in the world of science.

"To me, growing up [in India], scientists were the rock stars," Google CEO Sundar Pichai told Vanity Fair. "Pretty much every major advance in society and economy has been due to science... Hopefully, these awards, mirroring Hollywood with science, motivates more kids to pick up science."

By celebrating scientists' work in this way, the Breakthrough Prize founders hope to generate excitement about the pursuit of science as a career. To that end, this year's ceremony was the first to feature the Breakthrough Junior Challenge, which awards $400,000 in educational prizes to students whose original videos bring to life a scientific or mathematical idea or principle. Ryan Chester, a senior at North Royalton High School in Ohio, took home the grand prize of $250,000 for his video on Einstein's theory of relativity.

"Science is everything," Chester said. "By using a mathematical way of looking at the world, we can come up with solutions to things that we never would have imagined without a set of laws like [the ones] science provides."

Jennifer Doudna, a professor of chemistry and molecular cell biology at the University of California Berkeley and a previous Breakthrough Prize laureate, says the awards have already made an impact on students. "I get regular e-mails from students who are inspired not just by the prize but by the attention it places on science," she told The New York Times. "And that's a wonderful thing." 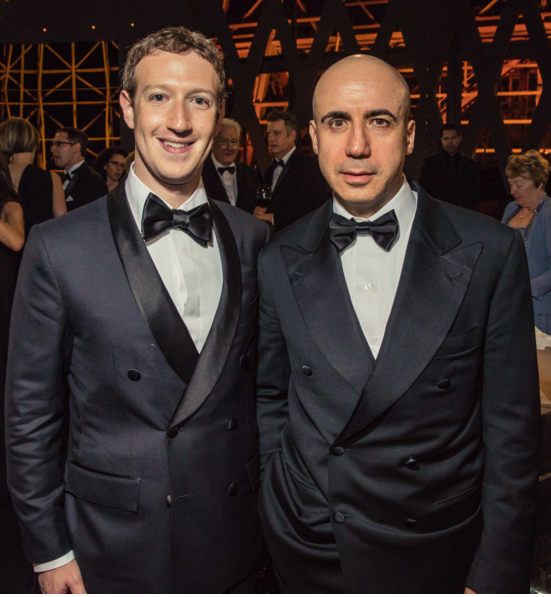