Kohler Believing In Better Blog: We Believe In Doing the Legwork

It’s hard to believe, but Gérard Mathieu has been riding his bike to and from work (x2, for lunch with his wife) since he started at Kohler in September 1974.

For this Director of Europe/Middle East Faucet Operations, the daily rides of 16 kilometers – or about 10 miles – started because his wife Christiane needed their shared car to get to work. Rather than purchase another gas-guzzling vehicle, Mathieu decided to strap on a helmet and get a wheelin’.

Forty years and only five falls later, he’s still putting it in gear.

Ask Mathieu what he likes about biking to and from the office and you’ll likely be convinced to hop on two wheels tomorrow, too. A few from his list: biking is good for your health and good for the environment, and it allows you to sneak into traffic, park for free in the city, enjoy free transportation and relish panoramic views.

The environmental mindset doesn’t deflate when the wheels stop, though.

Mathieu waters his garden with rainwater, and the couple sorts their garbage, recycles plastic bags and produces their own compost from organic waste. Creating a healthier future for their children and grandchildren is a driving motivator, and leading by example is an integral piece of the puzzle.

So how can you, too, join Mathieu in believing in better?

“Think about the concept of ‘environment,’ say what you think to be the meaning of ‘sustainability,’ and act as you thought and said to protect the planet,” Mathieu says.

We’ll see you in the bike lane. 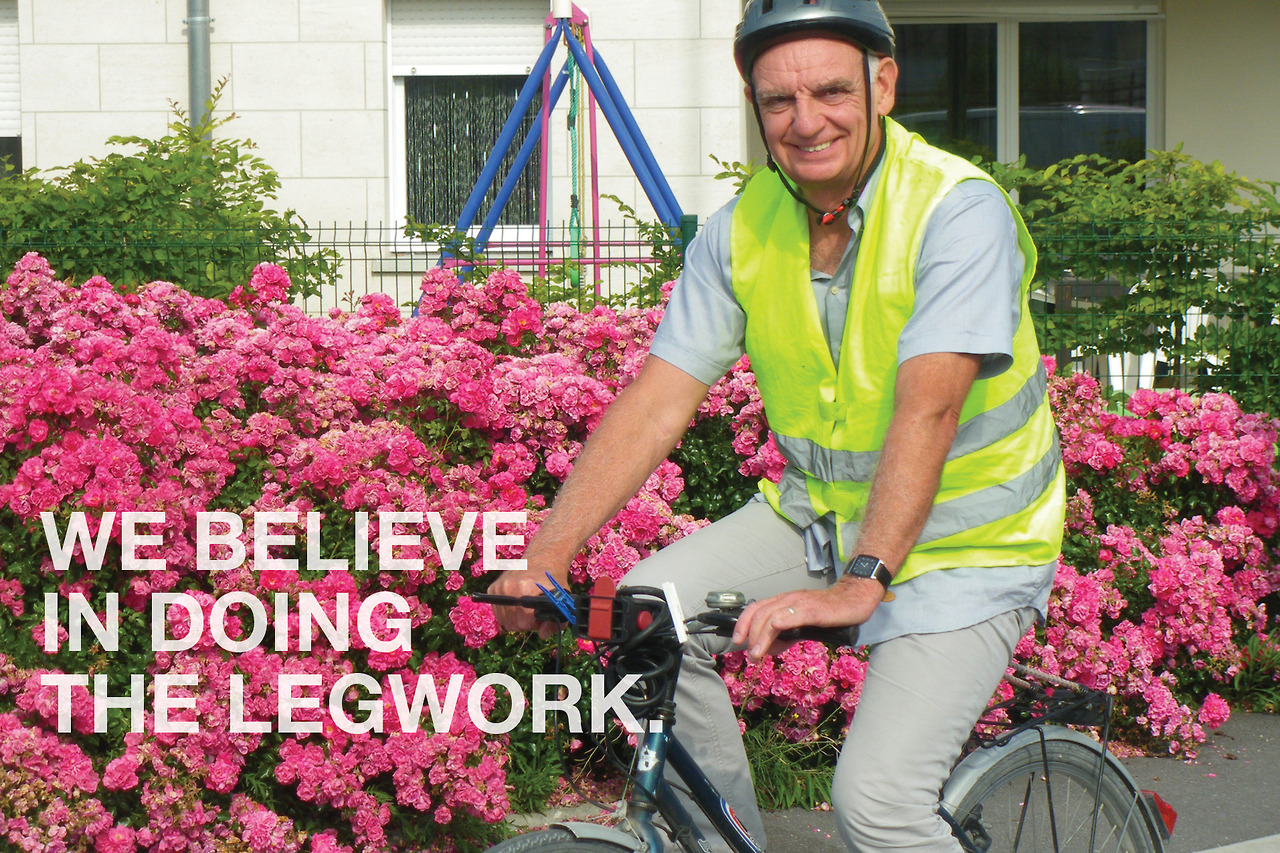