Room for Discussion: Encouraging Open Discourse on College Campuses During Times of Social and Political Unrest

By: Jim Jenkins
Feb 16, 2017 12:40 PM ET
Tweet This:
How college administrators can create a safe environment on campus during times of social unrest http://bit.ly/2lbHR2l @sodexoUSA
Blog
Room for Discussion: Encouraging Open Discourse on College Campuses During Times of Social and Political Unrest

The purpose of academia is to nurture and strengthen the next generation of leaders through research and critical analysis. Additionally, higher education aims to encourage individuals to investigate their interests and pursue a greater understanding of the world surrounding them. Today’s college students, many of whom are members of Generation Z, are some of the most inquisitive and confident scholars who demand campus communities built on the theories of peaceful coexistence and safety for all.

Generation Z students, those born after Millennials, are a breed of their own. Unlike Millennials, these individuals were raised with smartphones in hand and understand the role of social media in building a perceived public image. Additionally, they use social media to cultivate relationships by strategically connecting with likeminded individuals and fostering friendships.

Furthermore, this generation is culturally diverse. Between 2000 and 2010, the country’s Hispanic population grew at four times the rate of the total population. The number of Americans who identify as white-and-black biracial rose 134%, and the number of Americans who are of mixed white and Asian descent increased by 87%. Without a doubt, this growth in American diversity makes Gen Z one of the most multicultural generations yet. Additionally, because they are living in an era where information is forthcoming, these individuals receive great exposure to worldly issues; keenly aware of the current political and social climate, Gen Z is willing to voice – and even defend – their beliefs.

This generation calls for the acceptance of colliding viewpoints and abides by a structure of coexistence; the university environment is an important part of this puzzle. In the latest installment of the President to President series, Dr. Fred P. Pestello, president of Saint Louis University (SLU), explains how clashing views regarding current social issues created a tense situation on campus. He describes students’ silent protest in response to the University’s decision to allow guest speaker Lt. Col. Allen West to appear on campus. The disagreeing student body, some advocating for West and others chastising his ideologies, forced campus administrators to contemplate cancelling the event. In the end, Pestello’s decision to allow West to speak – and the ensuing peaceful retaliation by students – created an opportunity for learning and growth.

Pestello reasoned that the best way to deal with the controversy on campus was to empathize with students of all perspectives: to speak with them, understand their stance and try to rationalize the University’s decision to them. In turn, Pestello says students were able to cope with the University’s decision despite disagreement. This is a positive reflection of SLU’s commitment to building a residence life program that supports and encourages openness regarding pressing social and political issues. SLU has created living-learning communities dedicated to social advocacy and Jesuit values, fostering an environment of openness and understanding.

When college administrators approach students with an empathetic attitude in times of dissention, it creates a safe environment. Students feel comfortable expressing themselves and are more confident in their own opinions. In addition, they feel more inclined to explore and defend their interests. An article in The Atlantic, “The Coddling of the American Mind,” suggests that “universities themselves should try to raise consciousness about the need to balance freedom of speech with the need to make all students feel welcome. Talking openly about such conflicting but important values is just the sort of challenging exercise that any diverse but tolerant community must learn to do.” Showing empathy to students in times when they feel threatened is an effective way to make students feel safe and comfortable, a significant contributor to quality of life on campus.

Colleges and universities must pay particular attention to making sure all students feel secure and welcomed on campus, despite students’ vast diversity of viewpoints, experiences and backgrounds. Many students are amenable to respecting differing opinions. In one recent study, nearly 60% of students stated that they get along with people who openly disagree with their opinions. As the nation becomes ever more divided over social and political issues, it is vital for colleges to allow students to express themselves in an appropriate manner and emphasize that while there are many different views on nearly every subject, the campus environment is a place to gain exposure to new perspectives and reexamine ways of thinking.

Sodexo is proud of our efforts to help campuses create safe, comfortable environments that encourage a sense of community, even among diverse student populations. When students feel safe, they are better able to express themselves without fear of repercussions or retaliation. Students who feel a sense of belonging are also more likely to stay in college and reach their academic goals. Through unique residence life programs, cultural awareness dining events and community-building activities that help students connect over common interests, Sodexo helps our partners create strong, inclusive campus communities.

Jim Jenkins is CEO of Universities East for Sodexo North America where he oversees more than 400 college and university partnerships. With $9.3 billion in annual revenues in the U.S. and Canada, Sodexo’s 133,000 employees provide more than 100 unique services that increase performance at 9,000 client sites and improve Quality of Life for 15 million consumers every day. 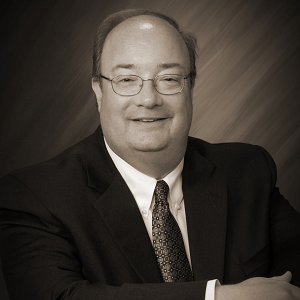