Although solar electricity and wind energy are growing by leaps and bounds, they only provide a tiny fraction of today’s electrical demand. As global supplies of fossil fuel resources decline and as concern over global climate change increases, however, solar electric systems could become a major source of electricity, along with wind and a host of other renewable energy technologies. But is there enough solar energy to produce enough electricity to meet our needs?

Although solar energy is not evenly distributed throughout the Earth, significant resources are found on every continent. “Solar energy’s potential is off the chart,” write energy experts Ken Zweibel, James Mason, and Vasilis Fthenakis in a December 2007 article “A Solar Grand Plan” published in Scientific American magazine. Only two billionths of the Sun’s energy strikes the Earth, but as they point out, the solar energy striking the Earth in a 40-minute period is equal to all the energy human society consumes in a year. Solar electric systems on our homes and businesses or giant commercial solar systems could provide us with an abundance of clean energy.

Zweigbel and fellow authors present a plan that would enable the United States to switch from coal, oil, natural gas, and nuclear power plants to centralized PV systems. According to their estimates, their plan could supply 69 percent of the country’s electricity and 35 percent of its total energy by 2050. This, they assert, would require a subsidy of $420 billion from 2011 to 2050 to pay for the infrastructure and make it cost competitive. Compare that to what we have spent in the Middle East trying to secure oil. But could solar electricity every provide 100% of the US or world’s electrical energy needs?

In fact, no one’s planning on a 100% solar future. Rather, most renewable energy experts envision a system that consists of a mix of renewable energy technologies such as solar hot water, solar electricity, passive solar, wind, hydro, geothermal, and biomass combined with radical improvements in energy efficiency.

Wind turbines could also provide a significant amount of electricity to power our future, perhaps even more than PVs. There’s enough wind in North and South Dakota to meet all of America’s electrical energy demands.

Hydropower will continue to contribute to the energy mix in a renewable energy future. What will happen to conventional fuels such as oil, natural gas, coal (burned as cleanly as possible), and nuclear energy?

Although their role could diminish over time, these fuels will be part of the mix for many years to come. In the future, they could be used to back up renewable energy technologies that generate electricity.

Despite what critics say, solar energy is an abundant resource and many forms of solar energy are affordable right now. Solar energy will very likely play a major role in our energy future. It has to. Fossil fuels like oil are finite. In fact, conventional oil (crude oil, not shale oil) could be economically depleted within 30 to 50 years. Many energy experts believe that crude oil supplies are already on the decline. Natural gas supplies are on the decline, too. In fact, US natural gas production peaked in 1973. Some energy experts believe that global natural gas production could peak between 2015 and 2025. Coal, which is abundant, is still a finite resource and, lest we forget, a major source of the greenhouse gas carbon dioxide, the main cause of global warming.

The Sun, on the other hand, will continue to shine for at least 5 billion years. With 30 to 50 years of oil left and 5 billion years of sunlight, what’s the future going to look like? 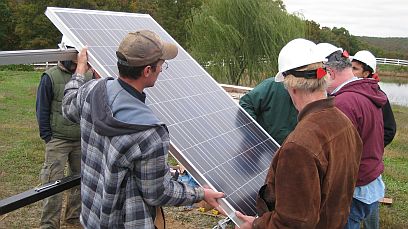 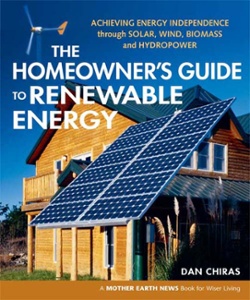