by Christopher Lindstrom, Co-founder of Catalyst Bioenergy Group and the great-great grandson of John D. Rockefeller

As I write this COP21 meetings are over, having culminated with a commitment to keep the planet’s temperature rise to 1.5 degrees Fahrenheit. However, the path to achieve this goal is still vague with many questions remaining about how to implement.

As the real work begins, we must find strong leadership among younger generations—the ones who will suffer the most severe consequences of climate inaction—to break through the inertia of the old industrial economy in favor of a new regenerative world. After all, climate change is a symptom of a system of extraction, a system rooted in a worldview formed by a reductionist and linear thought process and relationship to life itself. I, and many of my peers, have major doubts that we will be able to realistically address climate change, and all of the other environmental and social crises that are wrapped up in it, within the existing framework. We need regenerative systems thinking. Reducing emissions is not enough. Nor is it enough to just replace fossil fuels with wind, solar and electric cars. The work is greater, more nuanced and more systematic: for we must regenerate the natural and social capital that has been depleted by over 150 years of callous extraction. There is a new generation of entrepreneurs and activists that are stepping up to this challenge by bridging philanthropy, investing, and systems thinking with social and environmental accounting.

As a fifth generation member of the Rockefeller family, I am aware of the best and worst of my family’s iconic role in the time bomb of fossil fuels. John D. Rockefeller, the founding patriarch and my great-great grandfather, helped set in motion the unprecedented human experiment making standardized oil the world’s primary energy source. By 1879 a small group of men, including his brother William, Henry Flagler and Samuel Andrews dominated 90 percent of the American oil refining industry amassing unprecedented sums of money, recycling it back into banking and finance, and shaped virtually every sector of the economy from agriculture, healthcare, transportation, chemicals and the military as extensions of the fossil fuel economy. After a superficial government crackdown on monopolies, his company, aptly named Standard Oil, split into several subsidiaries that we now know as Chevron, BP Amoco, and ExxonMobil.

But, again, this is going to require major shifts beyond conventional investing or politics.Today, these corporations are poster children for the extractive economy. Whether it’s the Exxon spill in Alaska, BP in the Gulf of Mexico or Chevron’s relentless assault on the Amazonian rainforest, they have all demonstrated that they are not just destructive in their practices, but with the advent of climate change, we can say confidently that they are direct threats to life on this planet. And while I may be a benefactor from the wealth that they produce, I am not afraid to say that our survival as a species depends on their dissolution or radical transformation. Thankfully, this process may be underway. After the climate march last year and continuing at COP21, hundreds of financial institutions and foundations, including the Rockefeller Brother’s Fund, have joined the Divest-Invest movement and are pledging to take their money out of fossil fuels and reinvest in clean energy. This is the tip of the spear that will end fossil fuel economic dominance.

Most important perhaps, is closing the gap between waste and energy. In nature, there is no waste. What is not used by one organism is energy for another. Nature is fundamentally cyclical. If that cycle is broken, life will collapse.

Fossil fuels, among other things, break that cycle. And in order to mend it, we need a new economic paradigm — an economy that doesn’t just reduce the amount of carbon that is emitted, but one that sequesters more net carbon than is released. Because waste by definition is an open loop, we must implement systems of energy that help complete the cycle by transforming waste into a resource, i.e. energy, recycled materials and soil. By doing this we can begin to address the two major causes of climate change — fossil fuel energy and fossil fuel based industrial agriculture. 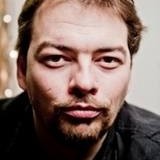