The War Between Farm and Forest

Hundreds of people have died in northern Kenya in recent months due to conflict between armed cattle herders and the wildlife conservation community. During my visits to this part of Kenya over the last two years, I was surprised to find livestock in a region renowned for wildlife. The grasslands are home not only to elephants and zebras but also to cows and goats.

Drought in Kenya has resulted in wild and domestic fauna competing for water, triggering violence between pastoralists and conservationists. While the Kenya situation reflects an extreme response to an urgent problem, the underlying tension between farm and forest is nothing new. About 80 percent of global forest loss is due to agricultural expansion, especially in tropical lands essential to sequester carbon and mitigate climate change. Commercial agriculture is the major driver of deforestation in Latin America, while subsistence agriculture plays a prominent role in Asia and Africa.

Biodiversity has suffered as a result: Recent research concluded that wildlife numbers have declined by more than two—thirds in Kenya’s rangelands during the last 40 years, largely replaced by livestock—sheep and goat populations have soared by 76 percent. Similarly, severe wildlife loss has been recorded around the world, and the current global extinction rate is a thousand times higher than the natural rate.

Deforestation and land degradation caused by agriculture revolve around key sectors such as beef, soy, and palm oil. But these commodities are not competing on an even playing field—government subsidies make them artificially cheap. Subsidies are often justified to ensure food security and boost farmer incomes. Once initiated, though, they are difficult to eliminate due to vested interests.

Research by the Organization for Economic Cooperation and Development (OECD) estimates that agricultural subsidies in the top 21 food-producing countries totaled $486 billion in 2012. Annual subsidies in Indonesia and Brazil—the nations to suffer the greatest forest loss since 2000—are estimated to be $27 billion and $10 billion, respectively. Subsidies have a strong influence in shaping the climate for private investment in land use. A report by the Overseas Development Institute finds that economic incentives for agriculture far exceed subsidies to reduce land degradation, which total only $9 billion. And subsidies to restore degraded land globally—a potential area the size of Latin America—are far smaller still.

This uneven allocation of subsidies conflicts with the Paris Climate Agreement of December 2015 since meeting climate targets involves sustainable land use. In addition, more than 35 countries have made commitments to restore land through the Bonn Challenge, AFR100 and Initiative 20×20. Fulfilling these pledges requires the creation of financial incentives for businesses and individuals to restore land, as well as the elimination of subsidies that result in land degradation. Rethinking subsidies is essential for the environment and food security. World Resources Institute research estimates that we will need to increase food calories 60 percent by 2050. Degraded soils have low productivity, and the planet’s rising population requires restored and healthy landscapes.

The good news is we already have examples of countries that have successfully aligned market incentives with desired outcomes. For example, after national cattle subsidies were removed in Costa Rica during the 1980s, it became less profitable to engage in ranching, which made land available for restoration. This was part of the reason Costa Rica saw forest cover increase from 41 percent of the country in 1986 to 54 percent in 2015. Another important factor was the growth of the eco-tourism industry, which further reduced incentives to pursue cattle ranching. Travel and tourism contributed 13 percent of GDP in Costa Rica in 2016.

China is another example. The country’s “Grain for Green” program in 1999 increased food security by financing restoration of the Loess Plateau through subsidies for seeds and seedlings, as well as payments to farmers for ecosystem services. This project established 290,000 hectares of shrubs and trees and increased per-capita grain output by 62 percent. In conjunction with the subsidies for restoration, the Chinese government passed and enforced bans on grazing and cutting trees, allowing vegetation cover to expand from 17 percent of the region to 34 percent by the mid-2000s.

China and Costa Rica are examples of how the removal of subsidies which lead to land degradation and the implementation of incentives to restore land, are aligned with economic growth and food security.

These changes make it possible for countries to meet climate targets and restoration commitments.

The extensive subsidies for agriculture in the market continue to drive forest loss. This can result in dangerous conflict, as we see in Kenya today between the rural cattle herders and the wildlife conservation community. In a world of scarce resources and distorted incentives, the tension between farm and forests can become a matter of life or death.

To see all 13 footnotes for this article go to - www.greenmoneyjournal.com/june-2017/the-war-between-farm-and-forest

Prior to joining WRI, Sofia was a Portfolio Manager at Loring, Wolcott & Coolidge, an investment management firm in Boston, MA. Earlier in her career, Sofia worked as an Equity Analyst at Passport Capital; an Equity Research Associate at the Ontario Municipal Employees Retirement System Pension Fund; and an Investment Banking Analyst at J.P. Morgan. She has won multiple investment awards and her articles have been published widely, including the Wall Street Journal, Quartz, and Project Syndicate.

Sofia holds a Bachelor of Arts in Economics and Arabic from Dartmouth College and an MBA from the Wharton School at University of Pennsylvania. She is a CFA charter holder. 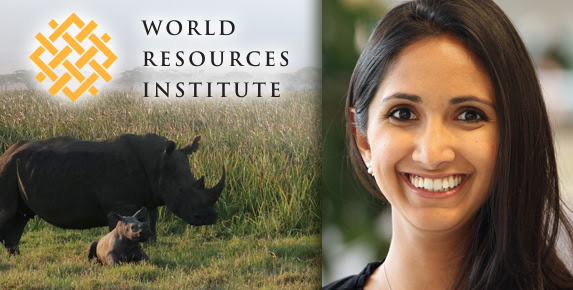 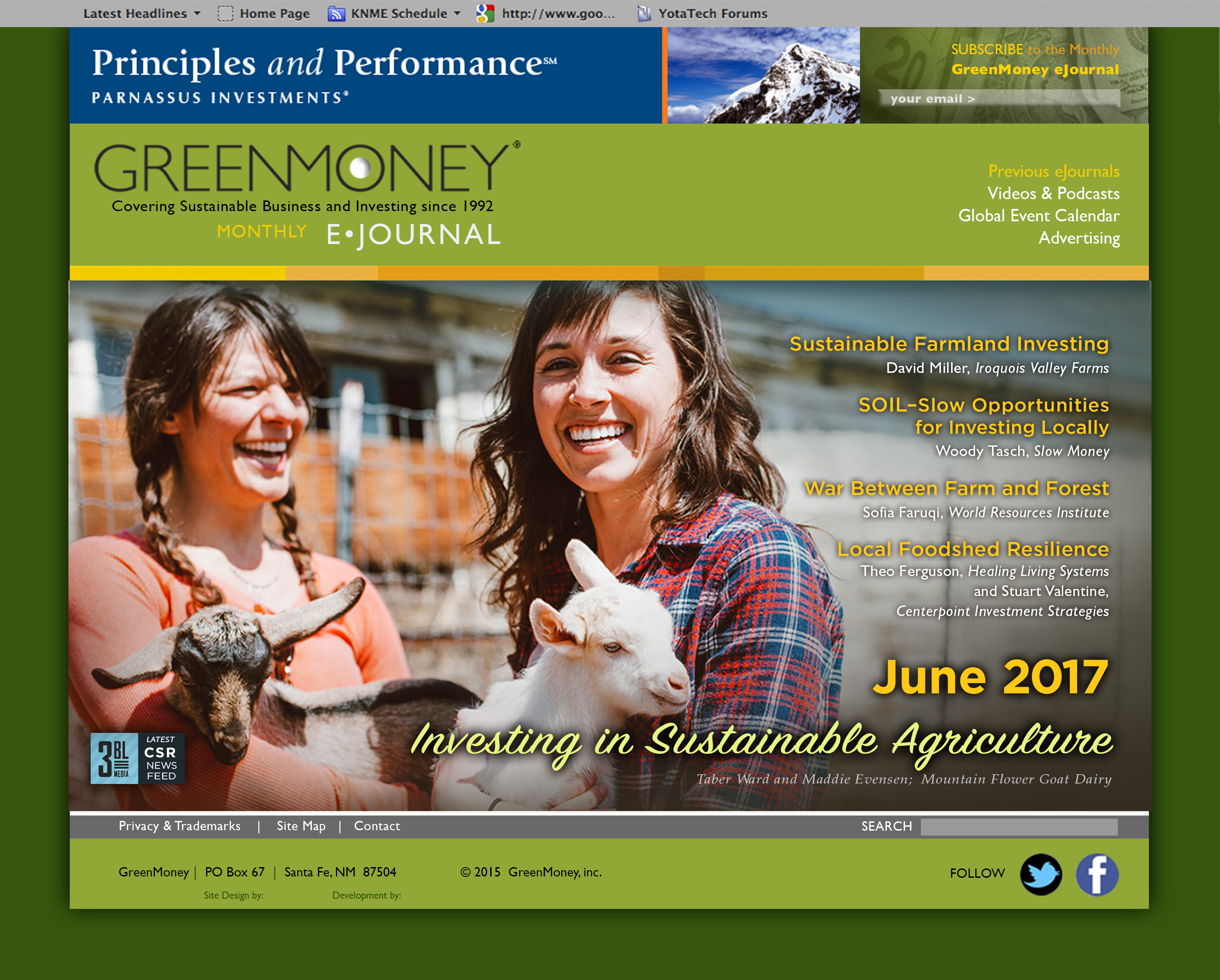