The transition from high school to college, for many, is both a daunting and exciting journey. As parents, we view this opportunity as a means to a beginning – encouraging our children to discover self-sufficiency without expecting them to be fully independent. Surprisingly, 2016 statistics show a steady increase in mental illness among college students, a derivative of this newfound independence and the pressure that comes with it. Knowing the signs and following the advice outlined by professionals in the field sets the foundation for beating mental illness among college students.

Mental illnesses may include symptoms of depression, anxiety, addiction, and eating disorders. According to Time Magazine those with a predisposition to these mental illnesses will likely experience symptoms by age 24; this notion further concludes the correlation between age and mental illness. In 2014, Psychology Today took a closer look at this epidemic by surveying students ages 15-18 and 18-24. Comparatively, they also cited a study conducted in 2000 which found that high school students’ anxiety levels rivaled the anxiety levels of a psychiatric patient in the 1950s. It is unsurprising that 17 years later we are looking at a dramatic increase in mental illness among the latter of the two groups, college students (ages 18-24).

For Generation Xers, baby boomers, and traditionalists the increase of mental illnesses among college students is puzzling at best; surely, the pressure to reach perfection has always been prevalent for some. However, the rise of social media has paved the way for an entirely different, and equally predominant, set of stressors for Millennials and Generation Z. The strain to be perceived as happy and successful on social platforms forces students to conceal their problems, leaving little room to work through their issues.

When looking for signs of mental illness among college students it is important to remember that everyone’s symptoms will vary. According to BestCollege.com, signs and symptoms often include general sadness, lack of interest in activities and social involvement, changes in weight, irritability, fearfulness, tension, and pain in muscles among others. Additionally, thoughts of death or drastic behavioral changes can be indicators of suicide and should never be ignored.

To prevent the appearance or worsening of mental illness or suicide in a student you know there are three steps that can be followed to take action.

For parents, this does not necessarily mean bombarding your student with questions on a daily basis. Oppositely, checking in can be a good way to get a glimpse of their mental status by asking about their week or visiting them at school on occasion.  Keeping in touch with your student, as opposed to helicopter parenting, allows for you to gage how they are doing and gives them enough space so if there is a problem they feel more willing to discuss it with you.

Once the person openly discusses their bouts with mental illness listening – to ensure you receive all information – is crucial. Actively listening and reacting allows for deeper dialogue and more conversation.

Regardless of the situation, supporting someone in the midst of their trials with mental illness is a powerful form of reassurance. Whether it is backing someone’s decision to take a leave of absence for a semester or even just deleting their social media platforms, showing support is a sure sign of setting the course for recovery. In developing a plan of action (i.e. seeking counseling, taking a leave of absence, starting medication) college students suffering from symptoms of mental illness can relax knowing the road to recovery has been paved.

Acknowledging the severity of this epidemic, we recognize the plethora of articles documenting suicides committed on college campuses over the years, including the story of Madison Holleran. Holleran, an NCAA athlete and accomplished student at the University of Pennsylvania, committed suicide after succumbing to the stress of college life.  Instances such as this prove that the stigma to reach perfection in academia — while adjusting to the changes of adulthood — are detrimental and in some instances, deadly. By checking in, listening, and showing support we lessen the stigma around mental illness and take preventative measures to halt the epidemic in its tracks.

Barry Telford is the CEO of Universities West for Sodexo North America and the President of Sodexo Canada. A strong advocate for the new performance frontier: Quality of Life, Mr. Telford believes that great performance is driven by strong, inclusive leadership based on family and community-centered values and a commitment to serve others.   Mr. Telford serves on the Board of the Sodexo Stop Hunger Foundation, Toronto’s Second Harvest and the Canadian Council of Aboriginal Business (CCAB). 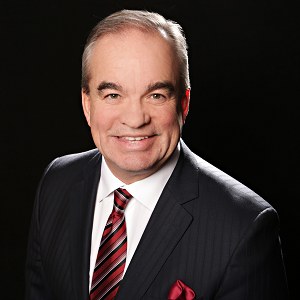