Just Capital was established in 2015 by two successful and well-known investors: Paul Tudor Jones and Martin Whittaker.  Its mission is to use “the power of markets to drive positive change on the issues Americans care most about.”  After two years of research and reflection, Just Capital has now published a list of the 100 best “corporate citizens.”

We’ve been interested in this project from its inception and provided the Just Capital research team with access to our ratings and other data.  Unlike other ratings systems that attempt to decide what things are good behavior or bad behavior, Just Capital sought the opinion of ordinary citizens about what defines good corporate citizenship.  When they released the first readings from these surveys last year, it caused a stir within the sustainability community by showing that social and ethics issues were more important to most Americans than environment or other governance issues.

We suspected that Just Capital’s approach would generate ratings that differ from those of the other 491 ratings sources we integrate into CSRHub’s data set.  A simple comparison between the top 100 company ratings and CSRHub’s ratings shows there is about an 8% R Squared between Just Capital’s perspective on corporate social responsibility (CSR) and that of CSRHub’s aggregate of all other sustainability rating sources.

CSRHub provides access to the world’s largest corporate social responsibility and sustainability ratings and information.  It covers over 16,000 companies from 135 industries in 133 countries. By aggregating and normalizing the information from 491 data sources, CSRHub has created a broad, consistent rating system and a searchable database that links millions of rating elements back to their source. Managers, researchers and activists use CSRHub to benchmark company performance, learn how stakeholders evaluate company CSR practices, and seek ways to improve corporate sustainability performance. 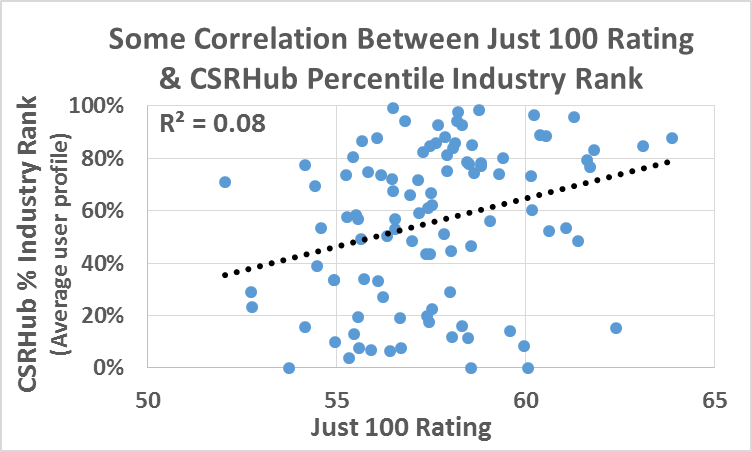 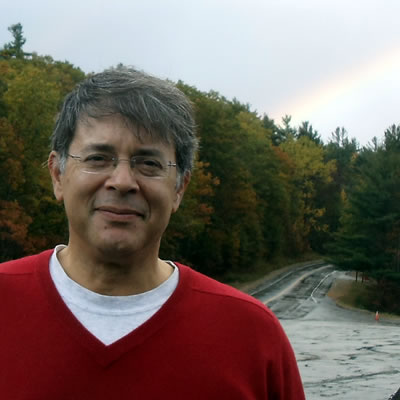