Woman Teaches 335 Low-Income Students to Code, in One Week

When most of us think of Texas, it’s dusty ranches and longhorn cattle that come to mind. But there’s more to the Lone Star State than desert scrub. Around Austin each Spring, the prairies burst into bloom with stunning native wildflowers known as bluebonnets, and Texas’s capital has a rich and diverse culture as well.

As Texas’s schools become more diverse, its programs are changing, too. But some people, myself included, worry that the schools lack sufficient science, technology, engineering, and math—or STEM—opportunities, especially in schools that serve mainly minority students.

My name is Sarah Jasinski, and I’m an HP business analyst for Engineering and Analytics in Austin, Texas.

Although Austin is a thriving technology hub, most students are not exposed to coding during their education. In light of this STEM gap, I applied for HP’s Time Off Community Support Grant to spend my volunteer time bringing coding to as many of Austin’s low-income schools as I could reach in one week.

Introducing Students of all Ages to Coding

I reached three school districts, five schools, 18 classes, and 335 students. The students ranged from the elementary level all the way to high school age, so I adapted coding lessons across a range of difficulty levels.

I introduced the elementary students to binary, in which students translated known, ordinary concepts into a series of ons and offs.

For example, I used curriculum from Code.org on binary images with the third graders at Blake Manor Elementary. With this activity the students would decide on a binary alphabet with their partner, then one student would encode their image with their binary alphabet while the other partner filled in the squares based on the code read.

Older students tried coding lessons that were more advanced. For these classes we used Hour of Code challenges that Codecademy and Code.org collaborated on for students around the world. These short beginner modules were perfect to introduce the students to coding languages like JavaScript and HTML/CSS.

At Ridgeview Middle School, I worked with the xSTREAM Girls Club, an after-school program open to all girls looking to explore and collaborate in the areas of science, technology, engineering, and math. These girls enjoyed the Codecademy courses. Many even got most of the way through a second course on HTML/CSS, where they created a website about themselves.

Since 2013, Code.org has launched one of the fastest movements in education, and more specifically, in computer science. Code.org is dedicated to increasing participation by females and underrepresented students, and the organization continues to reach more schools and more children worldwide.

I chose to partner with Code.org because although they are reaching so many students, we have an entire country to expose to the world of code. Computer science needs to be taught in our schools to everyone, but we have to prove our case first — that coding can be easily taught and that kids of all ages will love it and be able to master it.

The HP Time Off Community Support Grant was definitely effective and appreciated. I received awesome feedback from the students, and teachers said they’re interested in learning how to incorporate coding into their curriculum. 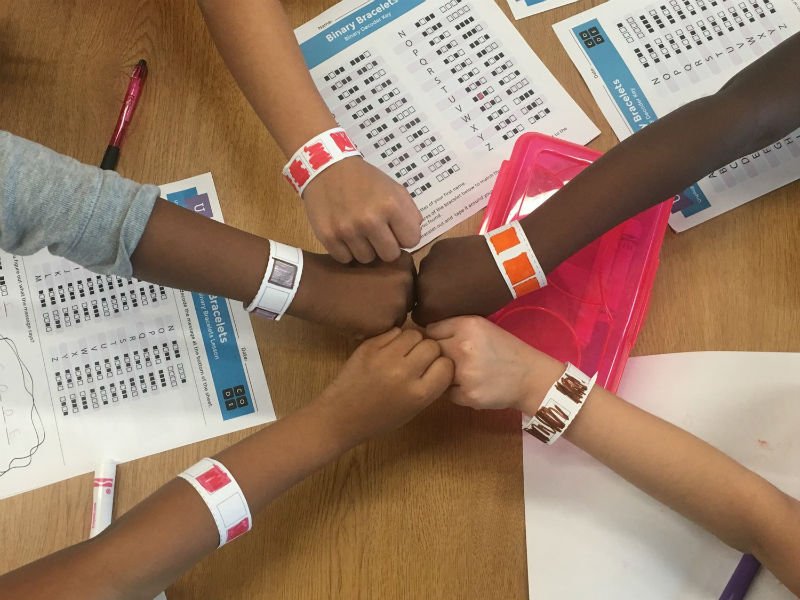