Do you ever wonder what happens to old tires? Far too many end up in landfills. Today, Cox is deploying an innovative technology that saves space in landfills, creates new products and supports jobs. Cox subsidiary, Seven Islands Environmental Solutions, recently opened the Golden Isles Conservation Center in Nahunta, Georgia. The facility’s purpose: convert old tires into new, eco-friendly products.

Here’s how it works:

The center can recycle 480 tires per day, equivalent to removing five tons from local landfills and waterways. It is also making a positive economic impact. Construction on the facility began in 2016 and infused $5 million into the southeast Georgia economy, with one-third of the amount going directly to Brantley County-based companies.

The pyrolysis technology which Golden Isles utilizes is an Italian method not previously used in the United States. Because of its pioneering role, the facility is also serving as a demonstration center for other prospective users of the technique. Over time, Golden Isles Conservation Center will serve as a Research and Development facility to explore repurposing of additional waste stream products and will host leaders from multiple industries to share best practices.

The Center is part of Cox Enterprises’ national Cox Conserves sustainability program, which is celebrating its 10th anniversary. Cox Conserves focuses on reducing waste and energy consumption, as well as conserving water.

To learn more about Cox Conserves and the company’s progress towards its social impact and sustainability goals, explore Cox Enterprises’ 2016 Corporate Social Responsibility Report at www.CSRReport.com. 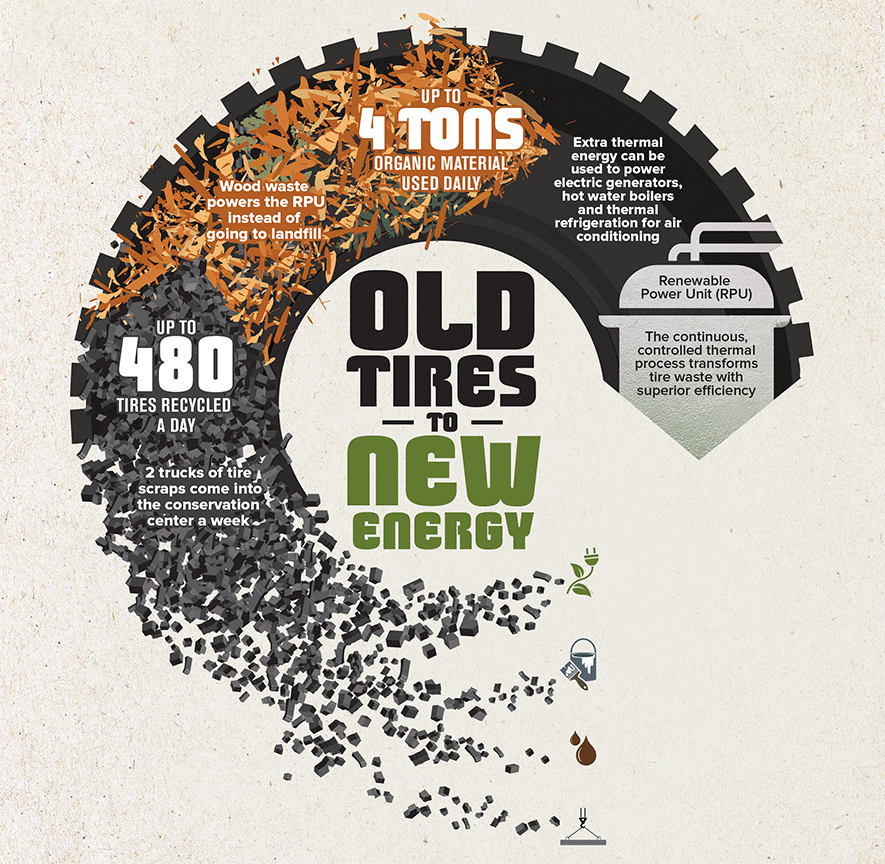