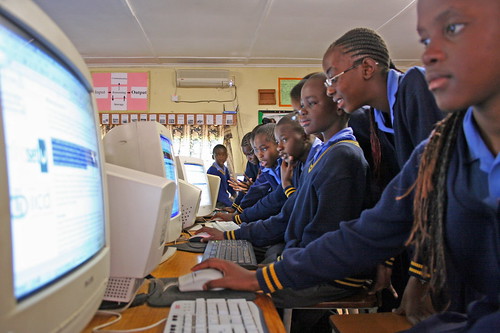 (3BL Media/Justmeans) – Technology is integral to almost every aspect of life today, but not many people have technical skills. This is resulting in fewer job opportunities at every level. Lack of access to computer science education is a part of the problem. Less than 25 percent of high schools in the U.S. offer computer science classes. Only 2.5 percent of U.S. high school graduates go on to study computer science in college, and only one in five of these graduates is female.

To bridge this gap in technical skills, Microsoft is encouraging STEM (science, technology, engineering and math) education with a three-year, $75 million program called YouthSpark. While Microsoft has a massive annual giving budget of over $1 billion, the company recognizes the need for strategic partnerships to solve challenging problems.

Microsoft has partnered with the Boys and Girls Clubs of America (BGCA) to expose a broader range of kids to computer science careers. The program provides a “Computer Science Pathway” with four modules, each one building on skills taught in the prior module. This builds upon Microsoft’s longstanding support of BCGA which includes more than $100 million in cash and software donations.

The partnership has the potential to provide life-changing impact for millions of kids. Although Microsoft Philanthropies is not a social enterprise, it shares core values of social entrepreneurship, and supports various organizations and initiatives aimed at making the world a better place. The company believes that its mission to empower every individual and organization to achieve more cannot be accomplished until the skills gap is closed.

For the Microsoft-BGCA partnership, the problems revolve around the lack of computer literacy and the central nature of that skill set to the current and future economy. The partnership has a goal to break down barriers and stereotypes that are keeping large populations of youth out of computer science education – even when the opportunities are available.

The partnership’s multi-level computer science pathway program encourages youth to develop proficiencies in coding over time and at many levels. The program has recently completed a pilot in 25 Clubs across the country where more than 1,000 Club members learned about Hour of Code and CS Unplugged, the first two levels in the pathway.

Microsoft’s vision for the future includes creating opportunities for every student to study computer science, which includes computational thinking, problem solving and programming skills. This will empower students to achieve more – whether their goal is to become a computer scientist or not. With most fields becoming increasingly tech-infused, having computer science knowledge is now as fundamental as learning reading, writing and arithmetic.