Nike Co-Founder to Give $400M to Stanford University 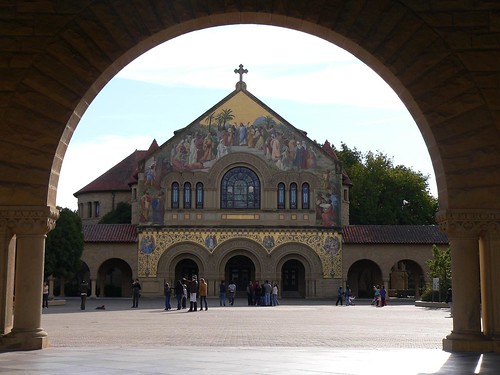 (3BL Media/Justmeans) – Education holds the transformative power to make a deep impact on the world’s most intractable problems, including poverty and climate change. It inculcates into cultures a strong awareness of human rights and helps build a more just and equitable society.

With these transformative goals in mind, Philip H. Knight, the co-founder and chairman of Nike Inc., has announced a pledge to give Stanford University $400 million to help address some of the biggest challenges that the global society faces today.

The gift to the new Knight-Hennessy Scholars Program matches one of the largest individual donations ever to a university, the $400 million that the hedge fund tycoon John A. Paulson, gave to Harvard last year to improve its engineering school. The Stanford project is aimed at improving the world.

The ambitious mandate of the Knight-Hennessy Scholars Program is the brainchild of Stanford’s president, John L. Hennessy, a computer scientist and tech entrepreneur. The program has raised $750 million, making it one of the largest fully funded scholarship endowments in the world.

The Knight-Hennessy scholarship could bring the best students from around the world to Stanford and produce a string of leaders educated in making positive change. Starting in 2018, the program will annually offer full tuition and board to 100 students – a third of them from the United States and two-thirds from abroad – who will gain admittance to one of Stanford’s seven graduate schools and commit to working on important issues in small, multidisciplinary teams.

The former Secretary of State Condoleezza Rice, who is now a professor at Stanford, called it an exciting place at the heart of Silicon Valley. According to Rice, Stanford is a place where people are innovating all the time and it can attract the best people from all over the world.

Knight is not the first billionaire to sponsor an international scholarship program. In 2000, Bill Gates, a co-founder of Microsoft, established the Gates Cambridge Scholarship for students of all nationalities to study at Cambridge University. In January, Stephen A. Schwarzman, the co-founder and chairman of the Blackstone Group, announced the first class of recipients of the Schwarzman scholarship at Tsinghua University in Beijing.