Genetically Modified Organism is a downright dirty word among many environmentalists and food activists. People oppose GMOs for health reasons and because it’s mostly giant corporations like Monsanto that profit from the creation and distribution of GMOs in our food system. My guest today has a slightly different take on GMOs, though.

Fredrick Kaufman is a journalist who writes for Harper’s and Slate. This week on Sea Change Radio he posits that the real problem with GMOs is not the genetic modification per se, but the model by which these genetically modified foods are conceived, produced and distributed. He points out that a lot of innovation has come out of the open source movement in the technology world, and asks, why not apply it to food? Would open sourcing the genetic modification of foods enable food activists to turn this dirty word into a sustainable solution? Find out in Part One of host Alex Wise's two-part discussion with journalist Fredrick Kaufman. And here's a link to Kaufman's piece in Slate about open-source GMOs. 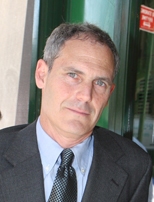