Talk to any conscious consumer about sweatshops, and they are likely to ask you – “what company is ‘sweat free’?”

The answer is not simple. Although some companies do a much better job than others, it’s easier to name companies that are not sweat-free. Strictly talking about factories that produce for export to global retailers, supply chain management practices can enable sweatshop conditions. Since the term ‘sweatshop’ describes abusive workplace conditions, consumers should be conscious of how this happens, to ask the right questions and become part of the solution.

There are 7 key supply chain realities, which can help us see why sweatshops persist:

1. Not just in China

Sweatshops are everywhere. Bad working conditions tend especially to be prevalent in workplaces where there are migrant or ‘stateless’ workers, as labor law does not usually protect them. Additionally, workers who lack basic education have few choices for work. For example, forced labor in Florida’s tomato fields, and child labor in Malaysia’s palm oil industry are often stateless and/or migrant workers. The bargaining power of these workers is absent, and their disenfranchised status enables exploitative practices.

2. Most brands don’t own their factories

Almost every large retailer is vertically disintegrated. Aside from Foxconn, it is rare for the general public and mainstream media to know the name of a supplier factory. Vertically disintegrated business models decrease the liability for companies if something goes wrong at the factory, and increase their flexibility in buying. But a retailer’s responsibility for their transactional relations is still going to be questioned by the public and media, as their brand reputation is inextricably linked to their social responsibility. A customer wouldn’t return a defective shoe to XYZ factory where it was produced in Indonesia, they would return it to the Nike store where they bought it. But, would customers return a shoe if they found it was produced by exploited workers?

Companies might have policies for issues such as forced and child labor, as well as an ethical code of conduct, but in the end it all comes down to the purchase order. Often, but not always, the supplier has a comparably smaller voice and decision-making power than its retail customers. Many suppliers are faced with short-term contracts and inadequate lead-time to produce goods. If a factory doesn’t have the security of a long-term customer relationship, it may need to front its own money, and therefore will be fighting to make every purchase order happen on time, by any means necessary. This triggers excessive overtime, which can trigger an increase in workplace accidents and defective products, as well as illegal subcontracting as we’ve seen in the case of Zara. For retailers, it is important to ask: does the supplier actually have the capacity and time to produce what we’re asking for in the ethical manner that we seek?

4. The purchase order determines the degree of influence

Supplier factories are independent businesses, and their customers are retailers that buy their goods. A scarf factory in India can be producing for 80 brands, and as a result, be audited by different retailers’ code of conduct auditors 2-3 times a month. Foxconn wasn’t just producing for Apple, it was also producing for others such as Sony and Intel. It’s important to see where the money flows and how often, to determine the degree of influence exerted to follow the retailer’s code of conduct. For retailers, before suppliers are expected to broadly respect human rights, it’s important to do a reality check– what percentage of the supplier’s business are you? Do you have a long-term contract with them?

Alone, audits of codes of conduct or voluntary standards are seldom able to change workplace conditions, nor provide a guarantee. Auditors take a snapshot of the factory at a given time and place. Supplier factories will do what is expected and inspected. Ultimately, it is what is done with the information found in the workplace, whether by an auditor or anyone else, that effects change. On May 20, 2011, an explosion caused by a buildup of aluminum dust killed three workers at Foxconn in Chengdu. Just two days earlier, SACOM publicly documented this as a health and safety violation in a report, after witnessing workers enter Foxconn with aluminum dust coated in their skin and hair. No action was taken in time.

Price elasticity varies by product, sector, consumer base, and in the case of Apple – cult following. On the eve of the iPhone 5’s release, news reports described the crowds of people that waited outside the Apple store. Consumers were selling their spot in line, and previously there was a report that one consumer sold his kidney to buy an iPad and iPhone. If a price premium were definitively established to ensure an ethical product, would consumers purchase it? Of course this depends on the circumstances, but according to a Harvard case study on ethically labeled towels, coffee and shirts, the answer is – yes, they would.

In the past decade, many companies have established ‘Corporate Social Responsibility’ (CSR) departments, where some focus on managing human rights in their supply chains. Chances are, these departments are silos. If they are not closely cooperating with the other departments that communicate with suppliers, conflicting messages that produce misaligned incentives may occur. For example, the questions suppliers receive might differ substantially:

It is important that all departments are integrated with similar goals, objectives and incentives about the code of conduct at the design stage. Otherwise, the supplier might only listen to the department that issues the purchase order.

These are seven key realities about sweatshops I’ve encountered in my daily work at Social Accountability International (SAI). Can you think of any others?

This article was written by Joleen Ong, SAI Communications Manager – jong@sa-intl.org. It is based off of the 2012 presentation – 5 Misperceptions of the Electronics Supply Chain – that was delivered at the 2012 Green Festival in New York. 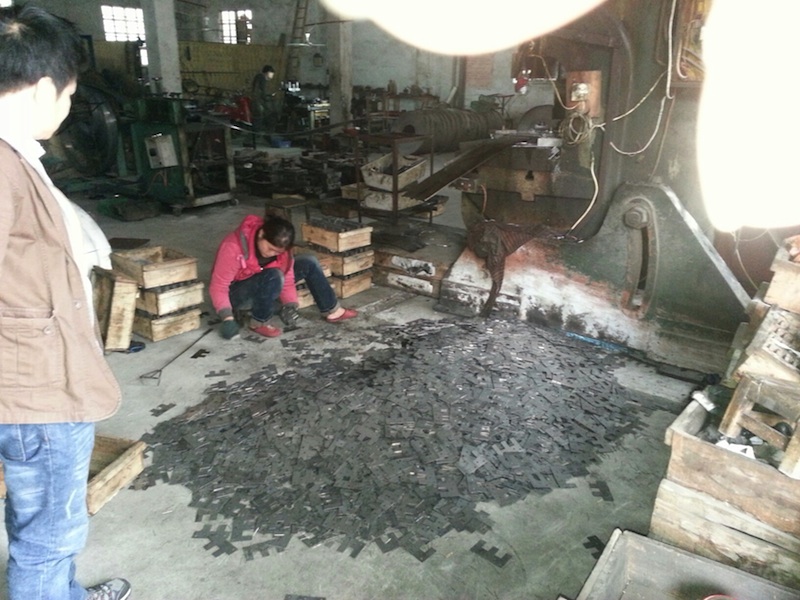