Partnering with Diabetes At The Centre of the Universe

Located on the hillside where Galileo Galilei was watching the stars, the Italian Barometer Diabetes Observatory Foundation breaks new ground in chronic disease management through a unique partnership model.

In Italy they know their numbers. 6.2% of the total population has diabetes. In 20 years, 9% could be affected.[1]

Not only are the statistics alarming, they are also numerous and the numbers highlighted are just a small extract of the diabetes and obesity statistics for Italy. But it wasn’t always like that.

Under the mantra that ’you can’t manage what you can’t measure’, since 2008, the Italian Barometer Diabetes Observatory Foundation (IBDO Foundation) has been closely monitoring diabetes in Italy and using the insights on disease dynamics to unite stakeholders to fight the disease.

Founded by the University of Rome Tor Vergata, the Italian Diabetes Federation – DIABETE ITALIA – and the Parliamentary Association for Health and Prevention, the ambition of the IBDO Foundation is to stop the epidemic progression of diabetes in Italy. According to Professor Renato Lauro, President of the IBDO Foundation, the ultimate aim is to optimise planning of future interventions by coordinating interventions across stakeholder groups.

“We strive to offer tools ensuring cohesiveness and coordination in the many initiatives undertaken against diabetes, establishing the foundation as a long-term point of reference in the fight against the disease,” Professor Lauro says.

A shared project
Working closely with the Ministry of Health, the Higher Institute of Health and regional governments, as well as scientific societies, research institutes and companies specialising in diabetes care, the IBDO Foundation is the first diabetes observatory in the world that involves multiple stakeholders with the explicit goal of promoting “un progetto condiviso” – a shared project.

“We build on the modern Healthcare Landscape approach where diabetes is addressed holistically through the analysis and integration of the clinical, social, economic and policy-related areas,” says Professor Lauro. “This approach to chronic care management calls for a multi-stakeholder approach as the only way to carve out a joint roadmap for action.”

Together with the University of Rome Tor Vergata, the Parliamentary Association on Health and Prevention, and the Link Campus University, the IBDO Foundation has developed a model of cross-sector partnerships for diabetes management.

Today, the model guides the work of the IBDO Foundation and forms the basis for entering into programme agreements and memorandums of understandings with the foundation’s many alliance partners.

The model takes its starting point in the most prominent health-related issues in diabetes, examines existing data and research in progress, and validates data within a reference framework.

Issues in focus
Based on the analysis, partnerships can be developed that focus on issues such as the burden of disease in diabetes and obesity or the quality of life of people with diabetes. In this way, all relevant stakeholders are involved, such as private for-profit organisations, private not-for-profit organisations, the scientific community and public institutions.

The analysis of available data makes it possible to identify clinical outcomes in relation to costs, offering the opportunity to both create models aimed at improving the quality of life of people with diabetes and define the direction for future action.

With this model, the IBDO Foundation hopes to facilitate and promote health intervention synergies and guide policy makers on which specific interventions to prioritise:

“We aspire to be a tool to effectively drive concrete improvement in diabetes care, by promoting constructive exchanges among experts and identifying relevant and decisive solutions to reduce the economic, social and clinical burden of the disease,” says Professor Lauro.

Converging ideas
The IBDO partnership model was first presented in 2007 by Professor Vicenzo Scotti, a former minister of the Italian Republic and prominent Italian political figure, on the occasion of the New York Leadership Forum – a diabetes dialogue forum organised by Novo Nordisk.

Head of Public Affairs for Novo Nordisk Italy, Federico Serra, recounts the launch of the barometer: “The idea was to develop a tool to keep score of the fight against diabetes at both the national and international level, allowing comparison of interventions and outcomes in and across countries,” says Federico. “It was clear from the beginning that this was an important and ambitious initiative that we as a company neither could nor should drive on our own. It was a partnership proposition.”

For Novo Nordisk Italy, supporting the establishment of the IBDO Foundation in 2008 became the way the Changing Diabetes Barometer idea was carried out in practice.

Today, the support of the IBDO Foundation’s work is a cornerstone in Novo Nordisk’s Public Affairs strategy in Italy and, according to Federico, a key example of Novo Nordisk Italy’s approach to Public Affairs.

“It is crucial that public and private sectors cooperate in common-interest projects to improve the quality of life of people with diabetes. By supporting the IBDO Foundation we aim to engage decision makers to better understand patient needs and to translate diabetes and obesity insights into actions,” says Federico.

Crossing Italian borders
According to Professor Lauro, the IBDO Foundation aspires to become a model of cross-sector partnerships in chronic disease management in and outside Italy and it is already well on its way.

In 2011, the IBDO Foundation was awarded the Medal of the President of the Italian Republic for its efforts in health care.

Since its establishment, the IBDO Foundation’s work has also attracted attention beyond Italian borders and currently the foundation is a member of several international public health fora and research groups such as the European Public Health Association and the NCD Alliance. Founded in Italy, it now inspires partnerships to fight diabetes across the world.

The partnership goes to show that when working together, only the sky is the limit.

This article was featured in the latest issue of Novo Nordisk’s sustainability magazine TBL Quarterly, ‘The Partnership Issue’.
Read the full issue here 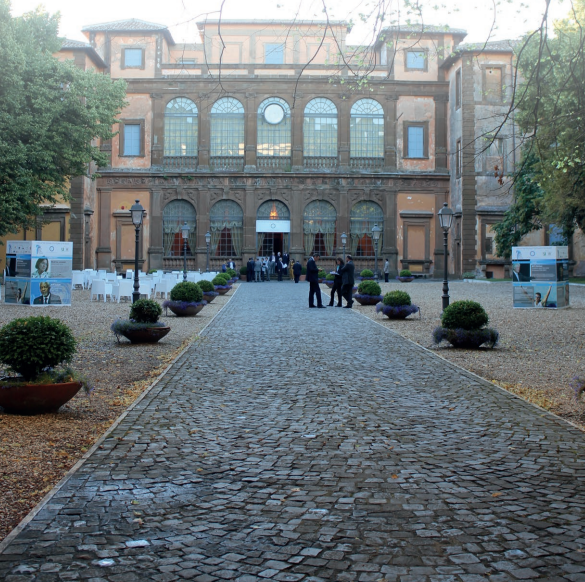