2016 AAAS/Subaru SB&F Prizes Honor Science Books About Animals: In the Field, in Your Backyard, or Back From Extinction

CHERRY HILL, N.J., January 27, 2016 /3BL Media/ - Octopus researchers, the science of de-extinction, and chickens are the subjects of the winners of 2016 American Association for the Advancement of Science (AAAS)/Subaru Science Books & Film Prizes for Excellence in Science Books.

The AAAS/Subaru SB&F Prizes for Excellence in Science Books, now in their 10th year, celebrate outstanding science writing and illustration for children and young adults. AAAS and Subaru of America, Inc. co-sponsor the prizes to recognize recently published works that are scientifically sound and foster an understanding and appreciation of science in readers of all ages.

This year's prizes are better positioned than ever to have an impact on the writing and publishing of outstanding science books for all ages. Winning the prize can have a significant impact on popularity and sales of a recognized book. Thanks to an expanded partnership between AAAS and Subaru, more than 17,000 winning books were donated to schools throughout the country in 2015 as part of the Subaru Loves Learning initiative.

“In the spirit of Subaru’s commitment to innovation, we, alongside AAAS, are proud to once again recognize those who engage and inspire people of all ages to discover the world of science,” said Thomas J. Doll, president and chief operating officer at Subaru of America Inc.

The prizes, which are administered by the AAAS review journal Science Books & Films (SB&F), drew by far the largest number of submissions since the program’s inception. According to SB&F Editor in Chief Maria Sosa, 214 books were up for consideration, 30 more than were submitted for the 2015 prize.

The 2016 prize recipients are:

In A Chicken Followed Me Home, Robin Page, who earned AAAS/Subaru SB&F Prize for a book in collaboration with her husband and frequent writing partner, answers questions that young readers might have about chickens: What do they eat? How many different kinds of chickens are there? Though its concept is simple and its subject is familiar, the book is elevated by accessible and interesting text and illustrations that are both artistic and scientifically accurate. Page’s first solo book as writer and illustrator captures the reader’s attention throughout its 32 pages and serves as a strong model for presenting nonfiction content to very young readers.

In The Octopus Scientists, Sy Montgomery transports readers to a remote South Pacific Island where a team of scientists study the behavior of octopuses, tracking the decision-making skills as they avoid predators and choose food and shelter. As part of the Scientists in the Field series, a groundbreaking series that places scientists’ real work at the center of science stories for children, Montgomery’s work showcases the researchers’ work and all aspects of life in the field.

Montgomery is a gifted writer with the capacity to create pictures and impart factual information in eloquent passages such as the following, which opens the book: “With three hearts and blue blood, its gelatinous body unconstrained by jointed limbs or gravity, the octopus seems to be an alien, an inhabitant of another world. Its baggy, boneless body sprouts eight arms covered with thousands of suckers—suckers that can taste as well as feel. The octopus also has the powers of a superhero: it can shape-shift, change color, squirt ink, pour itself through the tiniest of openings, or jet away through the sea faster than a swimmer can follow.”

In How to Clone a Wooly Mammoth, Beth Shapiro tackles the topic of de-extinction, offering a complete and honest overview of experimentation in this new area of science. Writing in easy-to-read language, even when discussing the actual techniques of modifying the genome, she enables a lay person to understand what would go on behind the scenes in real labs—not as it’s pictured in movies such as Jurassic Park.

Shapiro, an evolutionary molecular biologist, presents scientific thinking at its best: thoughtful, clear, and covering many different aspects of a problem.  What seems like an easy question, “Why not bring back an elephant or the carrier pigeon?” becomes a complicated (but never confusing) study of the many angles that surround a supposition. The book poses many fascinating questions that will fuel discussion—and may encourage teen readers to pursue study in such cutting-edge areas of science.

A Kid’s Guide to Keeping Chickens is a tribute to the joy of keeping chickens as well as it is to one of the oldest sciences practiced by humans: the science of animal agriculture. This book began as a website, Tilly’s Nest, in which the author shared experiences with her own flock of backyard chickens. Melissa Caughey shares her advice in an engaging way so that kids understand what it means to keep chickens and what kind of housing, food, equipment, and care the chickens will need to thrive. Useful for families, 4-H clubs, or teachers who want to raise classroom chickens, this book is a marvel of engagement, enthusiasm, and commitment, a model of how to write a comprehensive how-to guide book for children.

Background on the Prizes
The prizes began in 2005 when four lifetime achievement awards were given to children’s authors for their books promoting science literacy. Today, the AAAS/Subaru SB&F Prize for Excellence in Science Books continues to recognize stand-out science books.

Finalists were selected by a group of judges made up of librarians, scientists, and science literacy experts. The panel selected 18 finalists and four winners out of nearly 214 books up for consideration across all four categories. These finalists were then submitted to a second round of judging, and the winners were selected. In addition to the winners and the finalists, this year SB&F and the judges identified an additional 35 titles, which were designated as “Commended Books.”

About AAAS
The American Association for the Advancement of Science (AAAS) is the world’s largest general scientific society, and publisher of the journal, Science (www.sciencemag.org) as well as Science Translational Medicine (www.sciencetranslationalmedicine.org), Science Signaling (www.sciencesignaling.org), and Science Advances (www.scienceadvances.org), a new digital, open access journal. AAAS was founded in 1848, and includes more than 250 affiliated societies and academies of science, serving 10 million individuals. Science has the largest paid circulation of any peer-reviewed general science journal in the world, with an estimated total readership of 1 million. The nonprofit AAAS (www.aaas.org) is open to all and fulfills its mission to “advance science and serve society” through initiatives in science policy, international programs, science education, and more. For the latest research news, log onto EurekAlert!, www.eurekalert.org, the premier science-news Web site, a service of AAAS.

About Subaru of America, Inc.
Subaru of America, Inc. is a wholly owned subsidiary of Fuji Heavy Industries Ltd. of Japan. Headquartered at a zero-landfill office in Cherry Hill, N.J., the company markets and distributes Subaru vehicles, parts, and accessories through a network of more than 620 retailers across the United States. All Subaru products are manufactured in zero-landfill production plants, and Subaru of Indiana Automotive, Inc. is the only U.S. automobile production plant to be designated a backyard wildlife habitat by the National Wildlife Federation. For additional information, visit media.subaru.com.

About Science Books & Film (SB&F)
Since 1965, Science Books & Film (SB&F) has been the authoritative guide to science resources, bringing expert information to bear on choices of materials for a library, classroom or institution. Published by AAAS, SB&F is the only critical review journal devoted exclusively to print and nonprint materials in all of the sciences and for all age groups. Every year, SB&F (www.sbfonline.com ) evaluates nearly 1,000 books, videos, DVDs and software packages for general audiences, professionals, teachers
students from kindergarten through college. 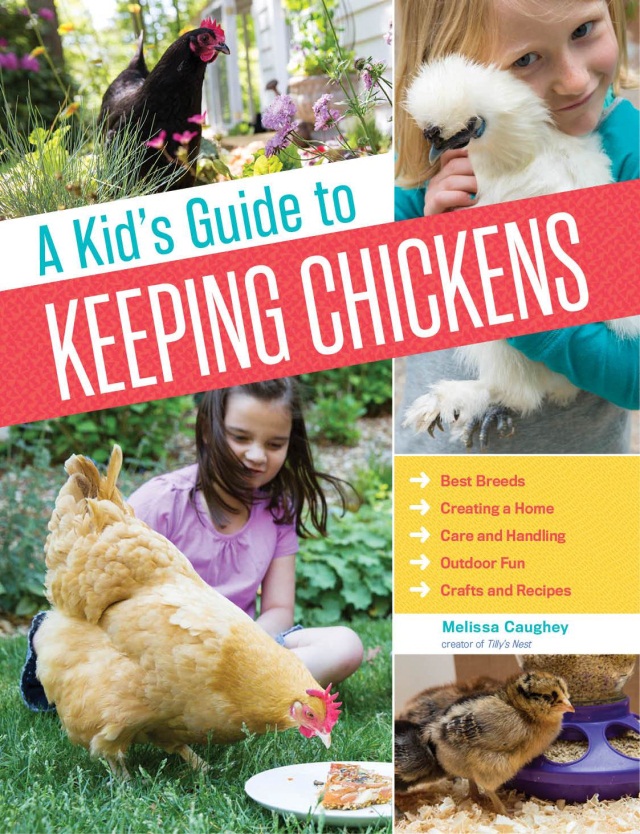 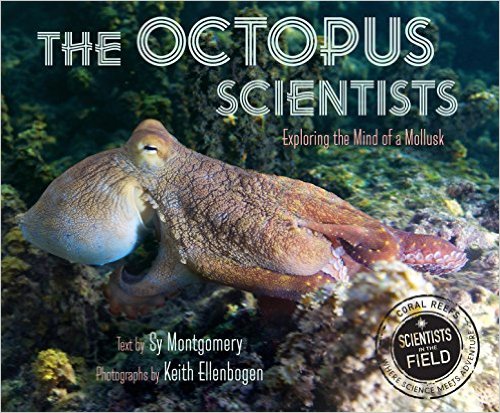 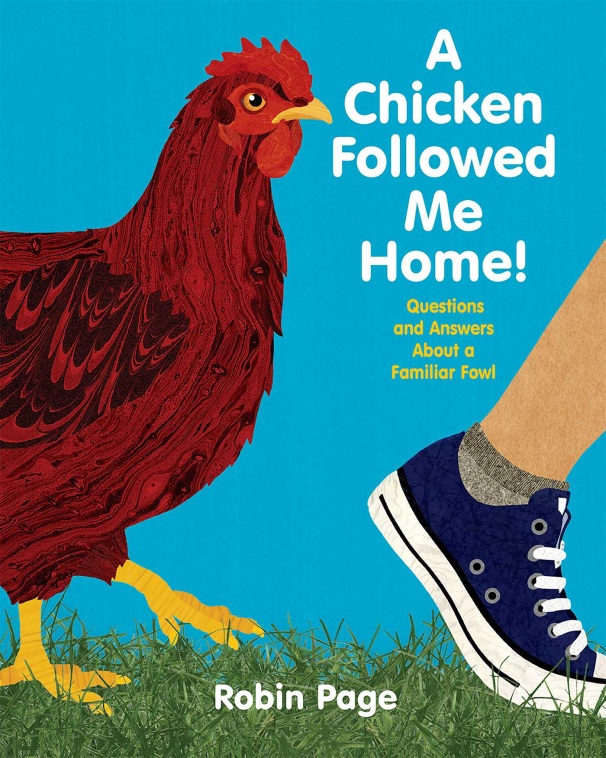 Subaru Supports Students in High-Need Schools With Launch of Subaru Loves Learning Month
Aug 1, 2022 9:00 AM ET
Subaru of America, Inc. Visits Cooper University Health Care to Announce Donations as Part of the Loves to Care Program
Jul 27, 2022 5:10 AM ET
Subaru Supports Cancer Patients Nationwide With Renewed Partnership With the Leukemia & Lymphoma Society®
Jun 1, 2022 9:10 AM ET
Announcing: Be the Love, Volunteer! Campaign To Launch in Conjunction With LGBTQ+ Pride Month
May 26, 2022 8:50 AM ET
Video: Recycling With Subaru and TerraCycle®
Apr 18, 2022 8:00 AM ET