As of Sunday 98.1% of Verizon Wireless Cell Sites in Northeast Serving Customers After Hurricane Sandy

MORRISTOWN, N.J., November 5, 2012 /3BL Media/ - Verizon Wireless continues to focus on assisting customers impacted by Hurricane Sandy. Today company officials announced they are crediting voice and text overage charges for customers in counties* of the New York Metro Area and New Jersey impacted by Hurricane Sandy. The voice and text credits will be automatically applied to accounts for usage between October 29 and November 16. Previously, the company announced it had suspended late fees and would not disconnect services due to late payments for affected customers during the storm recovery period.  Verizon Wireless customers are auto-enrolled for free text message alerts to notify customers of their allowance usage at several threshold levels.  As a result, customers eligible for voice and text overage credit may in some cases still receive Voice and Text Usage Alerts  tied to their usual monthly allowance. Customers have the option to opt-out of receiving these messages by going to Verizon Wireless My Account.

Verizon Wireless reported that 98.1% of its cell sites were in service in the areas impacted by Hurricane Sandy across the northeastern U.S., and that the company had seen significant wireless network improvement in the New York/New Jersey metropolitan area, particularly in lower Manhattan.

Wireless Emergency Communication Centers, generator-powered mobile units that have device charging and computer workstations, and wireless phones, tablets and other devices, have been deployed in several locations across New York and New Jersey to help the public contact friends, family.

Additionally, mobile stores-on-wheels, stocked with wireless devices and accessories, are also offering device charging and free domestic calls to local residents, regardless of their wireless provider. For an updated listing of locations please click here. See photos and videos of these mobile resources in action here.

As of Sunday, Verizon Wireless was operating 93% of its corporate retail locations, and over 300 Verizon Wireless Authorized Retailers were open across the New York Metropolitan Area. The company continues to invite those impacted, regardless of their personal wireless provider, to visit any of its local open retail locations to charge their wireless devices and to make free domestic phone calls to family and friends. To locate the nearest Verizon Wireless location, use our store locator at http://www.verizonwireless.com/b2c/storelocator/index.jsp.

As part of continuing efforts to support Hurricane Sandy recovery, on Friday Verizon announced it would match customer text-to-donate contributions to American Red Cross relief efforts up to one million dollars.

Customers can make a $10 donation by texting REDCROSS to 90999. Those who would like to give more can donate up to $50 via text.

For those contributing, text messaging fees will be waived and 100 percent of each donation will be donated to the Red Cross. Verizon Wireless customers who pay monthly bills will see their donations on the next regular monthly bill. For customers using the company’s prepaid services, donations will be taken from customers’ prepaid balances.

The Verizon matching funds come from the Verizon Foundation, the philanthropic arm of Verizon, and are part of more than $1 million the foundation has committed to relief efforts. 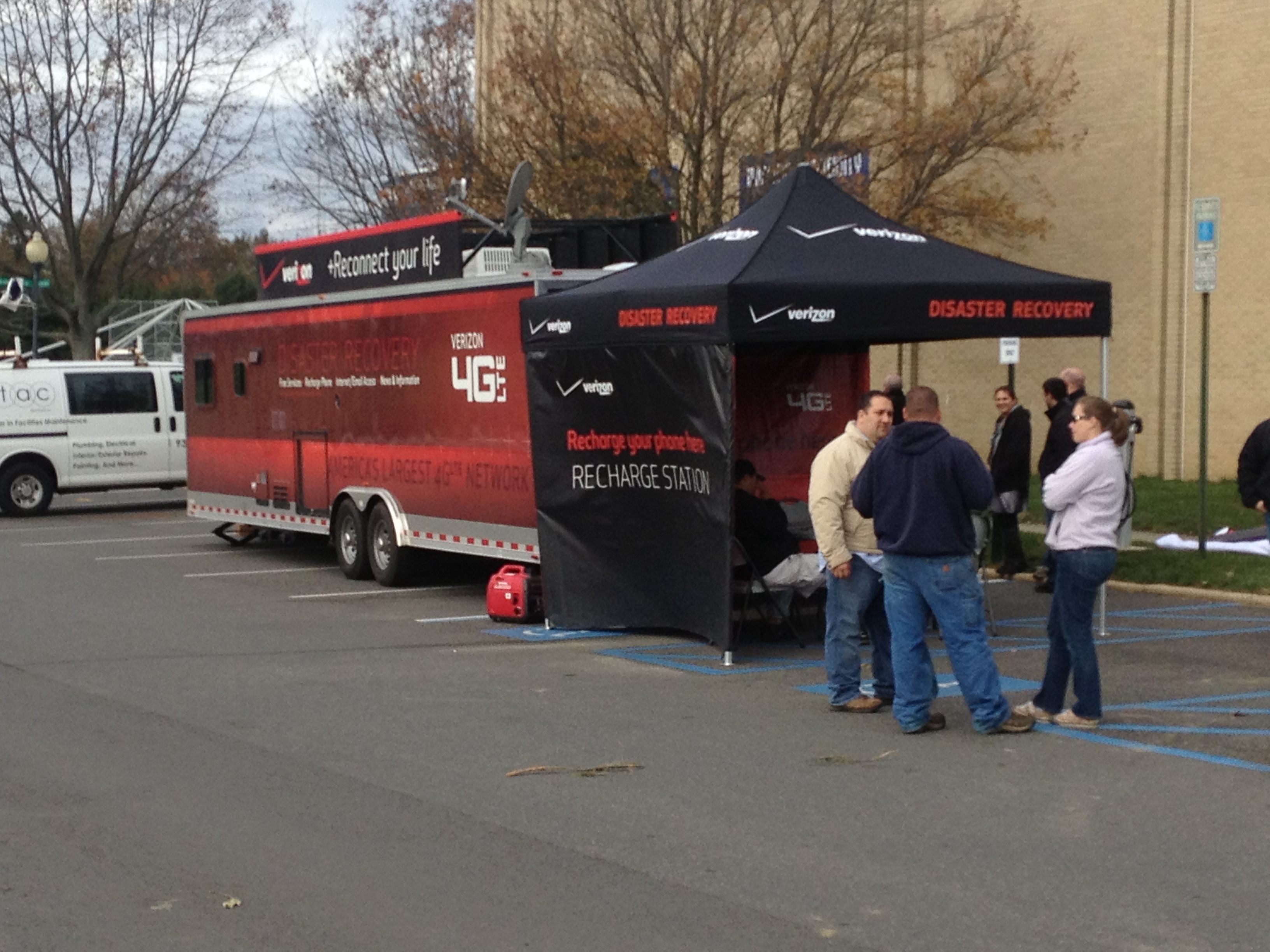 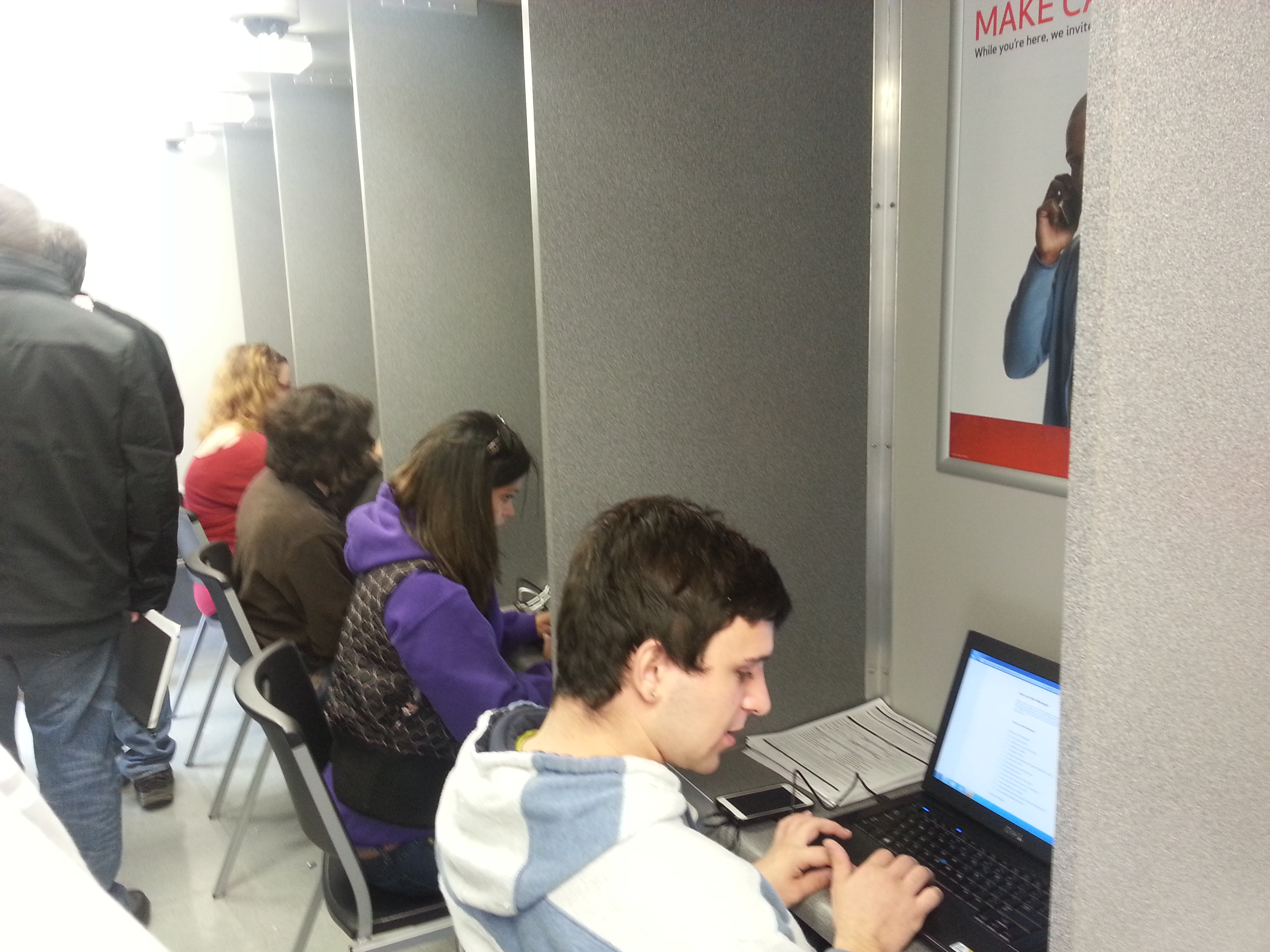