The launch marks the beginning of a three months diabetes awareness campaign in selected states in Nigeria, namely Edo, Ondo and Lagos. The three-month awareness campaign is being launched to ensure increased awareness and early diagnosis of diabetes and access to quality care by trained healthcare professionals. The ultimate aim is that more people with diabetes live better lives free from diabetes-related complications. The campaign will involve screening and education within local communities in the selected states and aims to screen more than 42,000 people at risk of developing diabetes.

The campaign is spearheaded by Novo Nordisk, a global healthcare company with more than 90 years of innovation and leadership in diabetes care, Roche Diabetes Care and Family Health International (FHI) 360. The awareness campaign is a component of the Base of the Pyramid (BoP) project, a Novo Nordisk initiative to increase access to diabetes care for people at the base of the pyramid, also known as the “working poor”.

Speaking during the event, the Medical Director of FMC Ebutte Metta – Dr. Munirah Yewanda Jinadu, representing the Honourable Minister of Health in Nigeria, noted that diabetes remains a challenge due to low levels of screening. She mentioned that myths and misconceptions are barriers in dealing effectively with the disease and urged Nigerians to have their sugar levels tested at an early stage.

The General Manager of Novo Nordisk Middle Africa, Mr. Venkat Kalyan said that Novo Nordisk is committed to addressing the barriers to better care for people with diabetes.

“We know that around 1.5 million people live with diabetes in Nigeria, but only four out of ten are diagnosed . Breaking this pattern of lack of awareness is our promise to people living with diabetes. Providing greater access to populations living at the base of the pyramid not only contributes to improving lives, but gives a chance to entire families and communities,” he said. Novo Nordisk is also behind initiatives such as the Buddy Doctor Initiative, the Changing Diabetes® in Children programme and the World Diabetes Foundation.

The Base of the Pyramid project
The Base of The Pyramid project is an initiative that aims to increase access to comprehensive diabetes care and treatment for the working poor in developing countries. The project is currently running in Ghana, Kenya, Nigeria and India. In Nigeria, the BoP project was launched in 2013 and has resulted in seven diabetes support centres established in three different states.

Read more about the BoP project at novonordisk.com/bop

Facts about diabetes in Nigeria[i]

About Novo Nordisk
Novo Nordisk is a global healthcare company with more than 90 years of innovation and leadership in diabetes care. This heritage has given us experience and capabilities that also enable us to help people defeat other serious chronic conditions: haemophilia, growth disorders and obesity. Headquartered in Denmark, Novo Nordisk employs approximately 42,300 people in 75 countries and markets its products in more than 180 countries. For more information, visit novonordisk.com, Facebook, Twitter, LinkedIn, YouTube 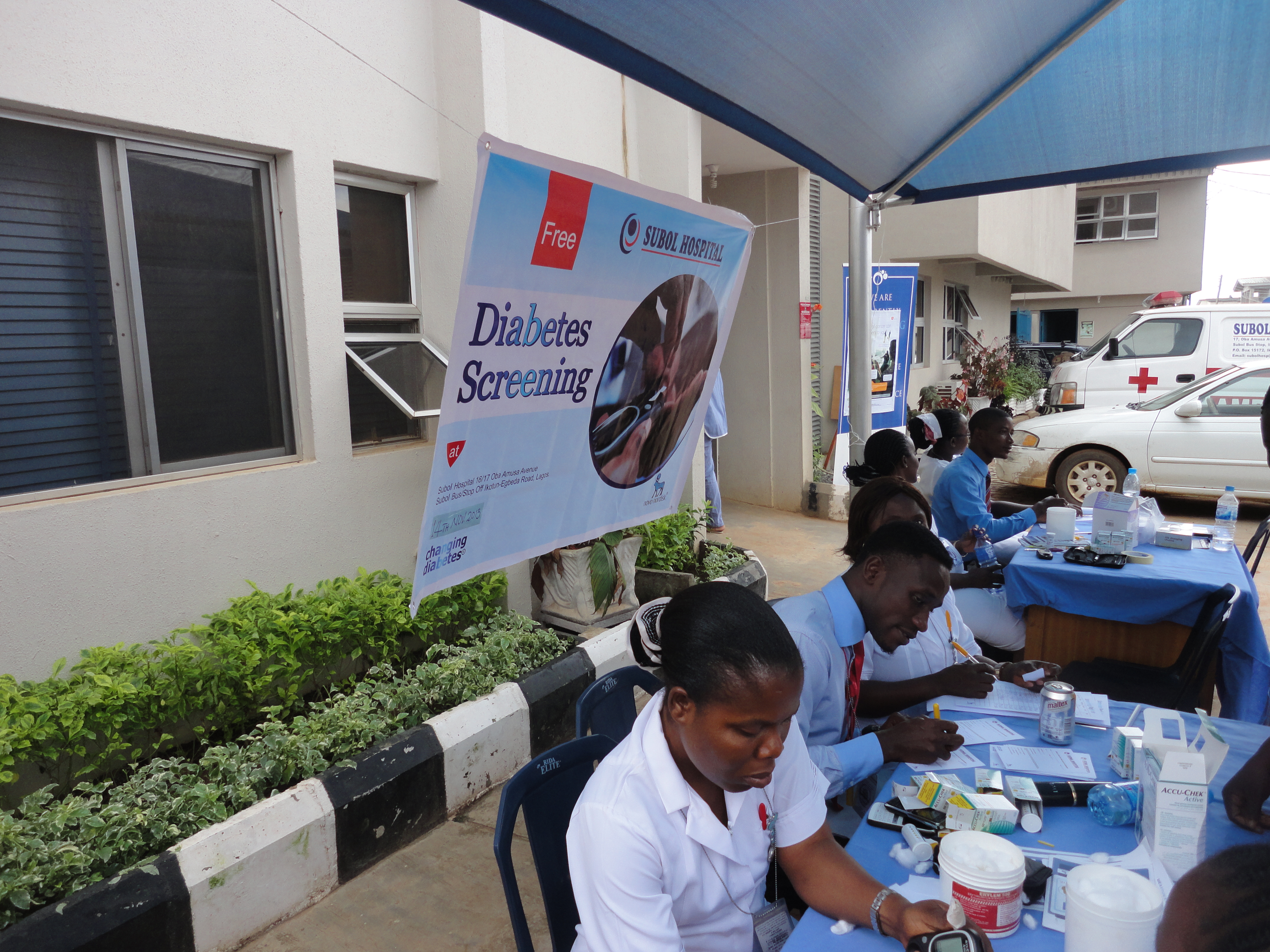