Consistent with best practice in nonprofit governance, Fair Trade USA recruits its Board Members from a range of diverse constituencies, including producers, philanthropists, entrepreneurs, academics and activists. Mr. Besancon will join the ranks of eleven other individuals that currently sit on the organization’s Board.

Mr. Besancon brings more than 40 years of hands-on experience in the natural/organic food and grocery sector, two decades of which he spent at the global level of Whole Foods Market (WFM). “The importance of a fair wage and safe working conditions for farm workers has been part of my personal mission for over 40 years,” said Mr. Besancon. “I am pleased that in this new stage of life I will be able to further that mission as a Board Member of Fair Trade USA.”

Mr. Besancon began his career as the Director of Purchasing for Mrs. Gooch’s Natural Foods Markets, a Whole Foods-owned company. He was then hired as the Southern Pacific Regional Vice President for WFM, where he oversaw purchasing, distribution, and operations of the region. He was later promoted to Mid Atlantic Regional President, Southern Pacific Regional President, and finally to Senior Global Vice President of Purchasing, Communications and Distribution in 2008, a position he held until retiring in 2012. Besancon also led the company’s Green Mission task force, guiding the purchase of an unprecedented 100 percent electricity offset of wind renewable energy credits.

Throughout his career, Mr. Besancon worked with vendors across the globe to dramatically shift traditional retail approaches to selling food. By supporting the purchase of high quality products, he was able to encourage customers to connect not just to the food they buy, but also the people who produce it, and the land it’s grown on. In the grocery sector, Michael helped fuel the unprecedented mainstream expansion of the national and worldwide organic food movements that have changed the way millions of people eat, how food is grown, and how the entire grocery industry sells natural, non-GMO and organic food.

Besancon also co-founded a number of companies, including: Follow Your Heart Natural Foods Store, one of the very first and longest continuously operated natural food retail stores in the United States; Naturally Fast, a chain of Natural Food fast food restaurants in Southern California; and B & W Natural Food Brokerage, a national food brokerage group growing that represented many of the leading vendors in the natural and organic food industry.

“The insights and integrity of our distinguished Board of Directors are essential for developing an effective strategic vision and maintaining accountability to our mission,” said Paul Rice, President & CEO of Fair Trade USA. “Michael’s pioneering experience in bringing traceability and sustainability to the forefront of grocery shelves will be invaluable in our journey to dramatically increase the impact and scale of our model.” 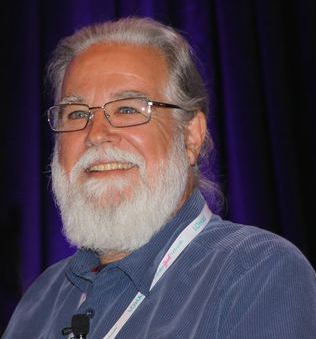