TORRANCE, Calif., March 31, 2015 /3BL Media/ – Fresh water is a precious resource, something that is a vital part of daily life and sustainability. But steps must be taken now to ensure that the supply isn’t depleted at such a rapid rate. Toyota realizes this importance and, for the fourth consecutive year, is partnering with the Wyland Foundation to sponsor the National Mayor’s Challenge for Water Conservation.Mayors across the country and their citizens can sign up at www.mywaterpledge.com from April 1-30, 2015, and commit to decreasing their water usage and energy consumption. Support at the local level is vital to bring awareness to this national issue, and cities – divided into one of five categories based on population – will compete to garner the highest percentage of its residents to take part. Hundreds of eco-friendly prizes will be awarded, including a Toyota Prius v to the grand-prize winner. Residents from more than 3,600 cities participated in last year’s Mayor’s Challenge, and mayors from all parts of the country already have signed on for 2015 – from Tucson and San Diego out west to Gainesville, Fla., and Pittsburgh in the east, as well as Plano, Texas – home to Toyota’s new North American headquarters. In addition to prizes for individuals, winning cities also will receive a high-tech package of WaterSmart Software tools exclusively for water utilities to help reduce resident water consumption up to 5 percent. One additional winning city will receive a water-efficient landscape makeover for a local park or school. Students and teachers can take part in the pledge, too, by accessing a special section of the website (http://www.mywaterpledge.com/campaign/kids-campaign-2015/). Once there, teachers can download lesson plans relating to water conservation, make the pledge on behalf of their classes and enter to win classroom supplies and gift cards for their school. “One person alone can’t solve this problem,” said Wyland – a renowned artist and conservationist who also serves as president of the Wyland Foundation. “That’s what makes the grassroots nature of the Mayor’s Challenge so unique. We’re unifying as one nation to minimize the impact for future generations.” In 2014, Dallas was the top-ranked city in the 600,000-and-over population standings. To recognize the city’s efforts for sustainability, an event kicking off the 2015 Mayor’s Challenge will take place there April 9 at Nancy J. Cochran Elementary School. Dignitaries – including Dallas Mayor Mike Rawlings, U.S. Environmental Protection Agency Administrator Gina McCarthy, Wyland and Kevin Butt, regional environmental director at Toyota Motor Engineering and Manufacturing – will preside over the groundbreaking for an outdoor classroom and student gardens at the school (donated by the Wyland Foundation) that will incorporate new water-efficiency techniques and native plants. One of the world’s leading eco-friendly vehicles, the Toyota Prius v, also will be showcased at the event, as well as the Wyland Clean Water Mobile Learning Experience – an interactive 1,000-square-foot experience on wheels that has been on a national tour in support of the challenge. The traveling water exhibition includes science exhibits and computer models geared toward teaching students in grades 4-8 about water conservation. As national presenting sponsor of the Mayor’s Challenge, Toyota places a high priority on creating an environmentally sustainable future. The company has long been a company dedicated to preserving the planet’s natural resources. In fiscal-year 2014 alone, Toyota saved more than 93 million gallons of water in North America by practicing a sticking to a simple three-pronged strategy: reduce, reuse and recycle. And to that end, since opening in 2007, the company’s assembly plant in San Antonio, Texas, has used about 1.9 billion gallons of recycled water instead of drawing fresh water from a nearby aquifer. “We’re committed to finding ways to use less water and recycle more,” Butt said. “That’s true not only for the vehicles we produce but also for all of our facilities. And it’s something we will continue to strive for each day.”Last year, residents from more than 3,600 cities in all 50 states pledged to:

Other program supporters include: the U.S. EPA’s Office of Water, National League of Cities, U.S. Forest Service, The Toro Company, WonderGroveKids.com, Bytelaunch.com and WaterSmart Software.About the Wyland FoundationFounded in 1993 by environmental artist Wyland (best known for his series of 100 monumental marine life murals), the Wyland Foundation, a 501c3 non-profit organization, is actively engaged in teaching millions of students around the county about our ocean, rivers, lakes streams, and wetlands. The foundation's latest project, FOCUS (Forests, Oceans, Climate – and us) brings together the U.S. Forest Service, NOAA, and numerous non-profits to teach young people about the future of our water supplies, climate, and global health. www.wylandfoundation.org About Toyota Toyota (NYSE:TM), the world's top automaker and creator of the Prius, is committed to building vehicles for the way people live through our Toyota, Lexus and Scion brands. Over the past 50 years, we’ve built more than 25 million cars and trucks in North America, where we operate 14 manufacturing plants and directly employ more than 40,000 people. Our 1,800 North American dealerships sold more than 2.5 million cars and trucks in 2013 – and about 80 percent of all Toyota vehicles sold over the past 20 years are still on the road today. Toyota partners with philanthropic organizations across the country, with a focus on education, safety and the environment. As part of this commitment, we share the company’s extensive know-how garnered from building great cars and trucks to help community organizations and other nonprofits expand their ability to do good. For more information about Toyota, visit www.toyotanewsroom.com. 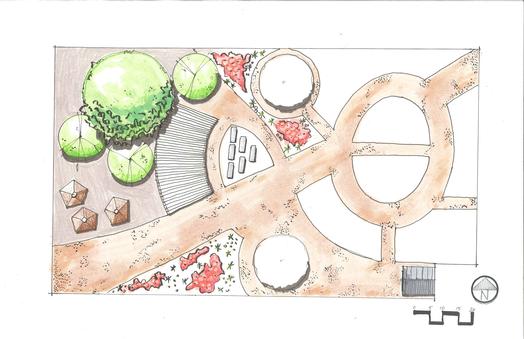