JAKARTA, March 23, 2017 /3BL Media/ -- Indonesia-based social enterprise biMBA AIUEO has joined Business Call to Action (BCtA) with a commitment to bring its children’s early education learning centres to at least 30 provinces and 500 sub-districts in the country by 2030, reaching 1 million students – ­15 percent of them from communities earning less than $8 a day.

Launched in 2008, BCtA aims to accelerate progress towards the Sustainable Development Goals (SDGs) by challenging companies to develop inclusive business models that engage people with less than US$8 per day in purchasing power as consumers, producers, suppliers and distributors. It is supported by several international organizations and hosted by the United Nations Development Programme (UNDP).

Indonesia has a growing youth population: over 27 percent are below the age of 14, and 30 million children are aged between 3 and 6. In this archipelago of 6,000 inhabited islands, access to quality early education is challenging, especially for low-income communities.

biMBA AIUEO was founded in 1996 as a foundation to support early learning for Indonesian children who lacked access to quality education. Its goal is to instill an interest in learning and boost the reading and writing abilities of children aged 3-6 through fun educational activities, a small-step system and individual mentoring. After opening 20 branches in Jakarta, biMBA began to develop a franchise marketing system, which became its principal business model.

This inclusive model generates profit through the payment of franchise fees, royalty sharing and sales of branded products such as learning modules, t-shirts and magazines. In addition to covering operating costs, profits are used to scale up the franchise and to fund research and development.

This franchise system does not require expensive investment: education fees are affordable and operating costs are low. In fact, many franchisees operate in their own houses or backyards. While providing graduated tuition fees based on need (including full payment, half scholarship and full scholarship), biMBA actively seeks children from poor communities to fulfill the 15 percent of spots it reserves for fee-free education.

“Our learning methodology is designed to promote a lifelong learning mindset,” said Bambang Suyanto, CEO of biMBA AIUEO. “At the same time, an important pillar of our social impact framework is to provide high-quality employment and training opportunities for our staff, which is mainly comprised of young women.”

As part of its BCtA pledge, biMBA aims to employ more than 200,000 women from low-income communities as teachers by 2030. Employment with biMBA AIUEO empowers women by providing income that strengthens their families’ resilience. To date, more than 6,000 teachers have been trained by biMBA AIUEO at no cost to them.

“biMBA AIUEO is working to tackle an enormous challenge – the sheer scale of the need for access to affordable education in Indonesia,” said Paula Pelaez, Programme Manager of BCtA. “At the same time, it is empowering a generation of young women to earn decent incomes by fostering young minds”.

The company’s commitment to scale up is enabling the inclusive social enterprise to expand its franchise model and reach even more young learners and empower a host of new educators across Indonesia. It has pledged to reach 1 million children in 34 provinces across the country by 2030.

Business Call to Action membership does not constitute a partnership with its funding and programme partners, UNDP or any UN agency.

About Business Call to Action (BCtA): Launched at the United Nations in 2008, BCtA aims to accelerate progress towards the Sustainable Development Goals (SDGs) by challenging companies to develop inclusive business models that offer the potential for both commercial success and development impact. BCtA is a unique multilateral alliance between key donor governments including the Dutch Ministry of Foreign Affairs, Swedish International Development Cooperation Agency (Sida), UK Department for International Development, US Agency for International Development, and the Ministry of Foreign Affairs of the Government of Finland, and the United Nations Development Programme — which hosts the secretariat. For more information, please visit www.businesscalltoaction.org or on Twitter at @BCtAInitiative.

About biMBA AIUEO: biMBA AIUEO is an educational social enterprise founded in Indonesia in 1996, which provides quality early education to nearly 80,000 children across Indonesia, with over half in West Java and the Jakarta metropolitan areas. biMBA’s long term goal is to create happier and better educated children and families while establishing a generation of lifelong independent learners. biMBA uses a franchise system to expand its network of students and classes. Its modest franchise fee and flexible operations translate into low enrolment fees for poor families. The company employs low-cost, child-safe and environmental friendly learning materials, and teaches in a wide variety of environments including backyards. For more information about biMBA AIUEO, visit: http://bimba-aiueo.com. 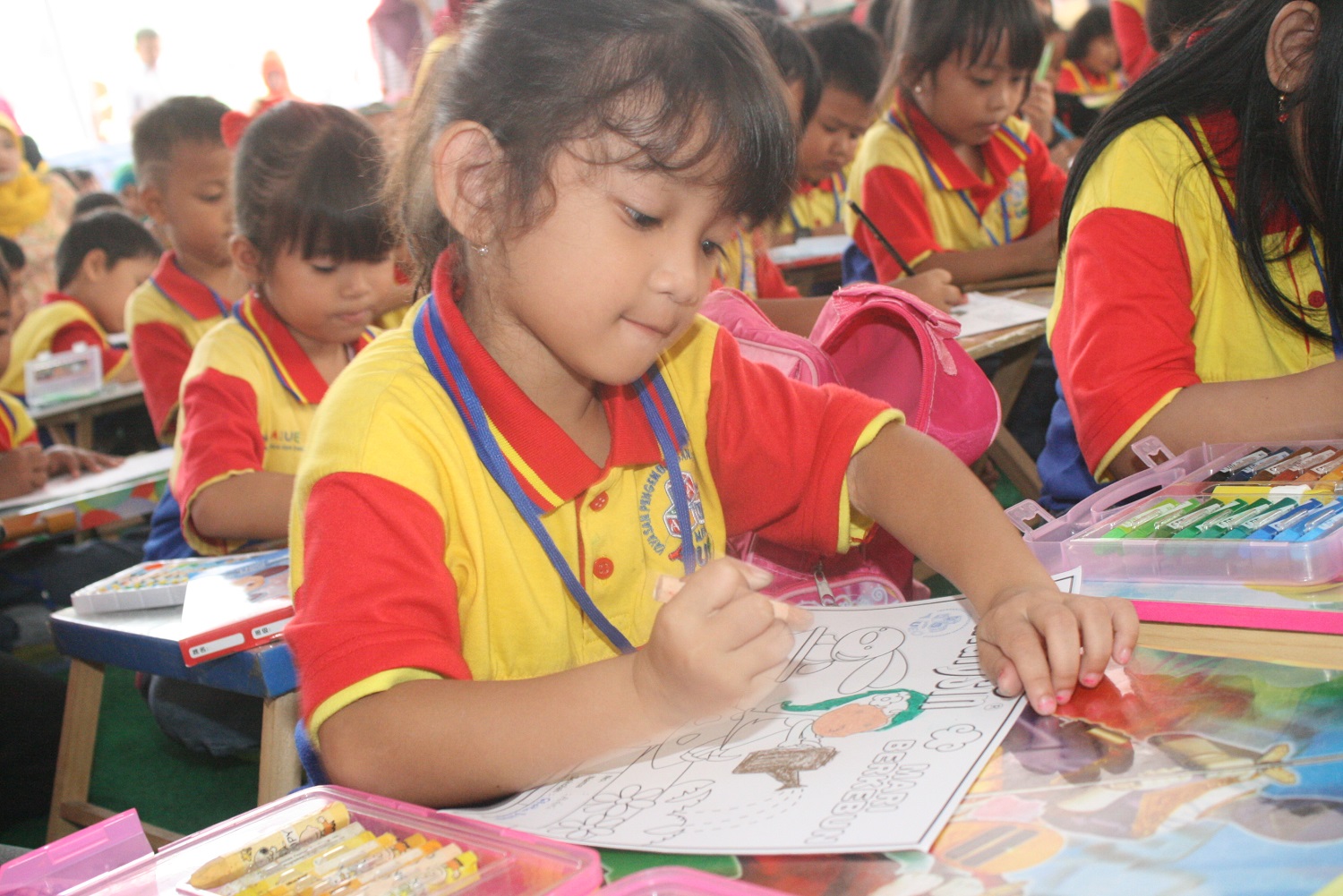