“We had several ‘firsts’ with the Frontier project,” said Rob Caldwell, president, Duke Energy Renewables and Distributed Energy Technology. “It was our first wind project in Oklahoma, and it was the first time Vestas’ extra-large 126-meter rotors were deployed in the U.S.

“We also formed a unique partnership with Blackwell Industrial Authority for our operations and maintenance building. A project of this scale was made possible by the overwhelming support of the community, landowners, vendors and our customer, City Utilities.”

City Utilities of Springfield, Mo., is purchasing the power from the Frontier Windpower Project under a 22-year agreement.

"We’re excited about the partnership we have developed with the Frontier Windpower Project,” said Scott Miller, general manager, City Utilities of Springfield. "Providing a long-term renewable source of power generation in this changing market is critical to the future of our utility.”

“Rarely does a project, by design, have a multigenerational economic impact on a region like Duke Energy Renewables’ new Frontier wind farm,” said John Robertson, executive director of Blackwell Industrial Authority. “Blackwell, Oklahoma, is fortunate to have been selected for their operations and maintenance facility, assuring decades of high-tech jobs and investment in our rural location. We are excited to welcome them to our community and are looking forward to future growth of the green energy sector in our state.”

Amshore US Wind provided development support for the project, and Wanzek Construction was the contractor. Vestas supplied 61 V126-3.3 MW turbines for the site.

About Duke Energy Renewables
Duke Energy Renewables, part of Duke Energy’s Commercial Portfolio, is a leader in developing innovative wind and solar energy generation projects for customers throughout the United States. The company’s growing portfolio of commercial renewable assets includes 20 wind projects and 55 solar facilities in operation in more than a dozen states, totaling about 2,900 megawatts in electric-generating capacity.

About Vestas
Every single day, Vestas wind turbines deliver clean energy that supports the global fight against climate change. Wind power from Vestas’ more than 55,700 wind turbines currently reduces carbon emissions by over 60 million tons of CO2 every year, while at the same time building energy security and independence. Today, Vestas has installed turbines in 74 countries, providing jobs for around 19,600 passionate people at our service and project sites, research facilities, factories and offices all over the world. With 52 percent more megawatts installed than our closest competitor and more than 71 GW of cumulative installed capacity worldwide, Vestas is the world leader in wind energy. 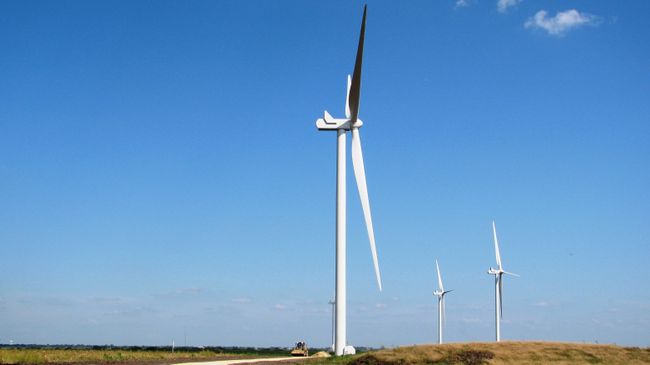