BIG RAPIDS, Mich., June 8, 2017 /3BL Media/ – An iconic insect on the decline could see its numbers take off along its North American flight path when a 4,000-acre tract of land near Big Rapids becomes an innovative breeding ground.

Monarch butterflies have been making headline news since 2014 when their Mexico hibernation numbers plunged to record lows—down by 90 per cent from 1996. One of the primary causes of this decline is the loss of habitat, including milkweed, the monarch caterpillar’s only source of sustenance, which is disappearing throughout the butterfly’s migratory flyway from southern Mexico to eastern Canada.

In an effort to help restore dwindling monarch butterfly populations, the Save Our Monarchs Foundation (SOM) has partnered with TransCanada to utilize approximately 4,000 acres of land surrounding TransCanada’s Woolfolk Gas Plant as pollinator habitat.

“TransCanada’s support of our mission has been invaluable. This large-scale habitat restoration project will help make a significant impact on recovering monarch populations. I would like to see projects like this become the new industry standard,” says Randall Gilbert, Program Director at SOM, on the three-year partnership with TransCanada.

On Thursday, June 8, several groups of volunteers from SOM, TransCanada, Pheasants Forever, the Muskegon River Watershed Assembly and Ferris State University will be working together to plant thousands of pollinator plants throughout the property surrounding TransCanada’s Woolfolk Gas Plant, including 40 native wildflower and grass species.

Monarchs and other pollinators are critical for the production of one third of our food, and for the reproduction of 90 per cent of all flowering plants.
“Although their ecosystem is nearly invisible to us, we depend on these important pollinators who are always working behind the scenes for our well-being,” said Mr. Gilbert.

SOM’s Corridors for Pollinators program is committed to increasing habitats for monarchs and other pollinators and engages with utility companies that have rights-of-way (ROW) across North America to manage their properties as habitat through integrated vegetation management and the reintroduction of native pollinator plant species.

“Our existing TransCanada assets align remarkably well with the monarch migratory route. Through our environmental partnership with SOM we have an opportunity to play a larger role in directly supporting pollinator health over the long term,” said Brad Stermer, Environmental Specialist, Operations and Engineering for TransCanada.

TransCanada’s Pollinator Pathway Initiative is a three-year commitment to help pollinators by providing three pilot sites totaling 11,000 acres for enhancing habitat along TransCanada’s properties and ROW corridors. This initiative is the largest monarch habitat restoration project of its kind on privately-owned lands in the U.S.

“As a leading North American energy infrastructure company, we have an important role to play in contributing to the health and vitality of the communities where we live and work. Our Pollinator Pathway project is one way we can make a positive difference in our communities,” said Rich Connor, Director for TransCanada’s Great Lakes Region.

Over the next few months, local biology students from Ferris State University will monitor the site and record their observations on plant and pollinator species. SOM will then share this information and results with other utility companies, conservation organizations and the public with the goal of inspiring similar restoration efforts.

Additional restoration steps and volunteer activities are scheduled for the fall. 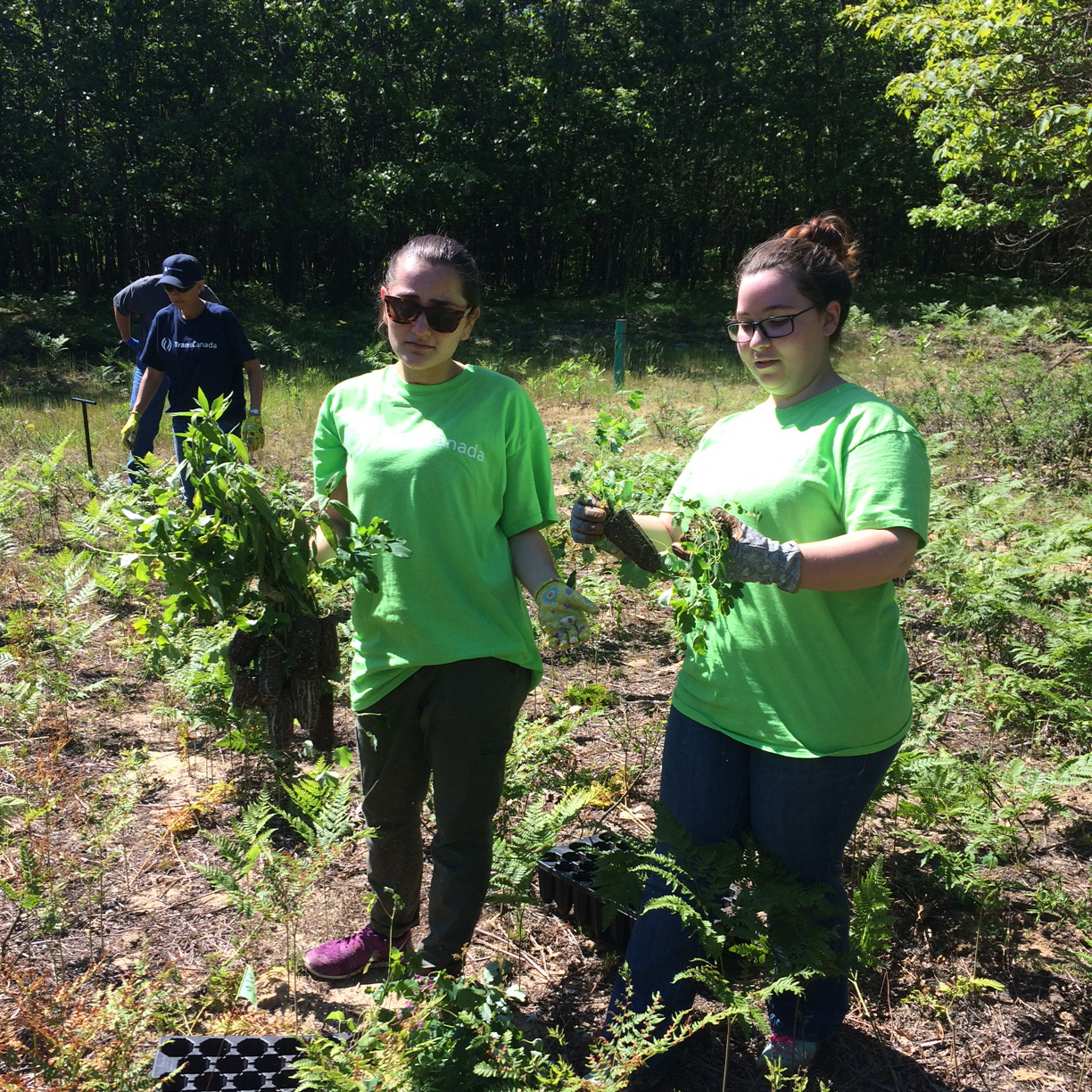