BENTON HARBOR, Mich., December 7, 2016 /3BL Media/ -- Whirlpool Corporation is breaking ground today on a project to build three wind turbines to help power its Marion, Ohio manufacturing facility. The three turbines will deliver wind generated power directly to the plant and when fully completed, are expected to provide approximately 19% of the total power consumption of the facility.

The Marion wind project— which is scheduled for completion in early 2017 — is expected to eliminate the equivalent of more than 9,000 tons of CO2. All three turbines will be built and financed by One Energy as part of its “Wind for Industry®” projects.

“We’re always exploring cutting edge technologies that will bring us closer to accomplishing our sustainability goals,” said Ron Voglewede, Director of Global Sustainability at Whirlpool Corporation. “We’re excited to bring a local focus for our global commitment to sustainability here in the Marion community and throughout Ohio, where we have significant investments in employees and facilities.”

Whirlpool Corporation’s Marion facility is the largest employer in the county, with the plant’s 2,400 employees producing an average of four million clothes dryers every year. This latest wind project is one way that the company continues to strengthen its commitment to American manufacturing in Ohio.

“We’re pleased to be partnering with One Energy on another wind project. The wind turbines are not only a responsible investment for the environment, but also a smart financial decision,” said James Gifford, the Marion Facility Plant Lead at Whirlpool Corporation. “By reducing our electricity consumption, we expect to cut down on our overhead costs significantly.”

As part of its commitment to the local Marion community, Whirlpool Corporation will also create one $5,000 Megawatt STEM Scholarship per wind turbine ($15,000 annually) to be awarded every year to a graduating senior from local Marion area high schools as a way to inspire education in the technologies and industries of the future.

About Whirlpool Corporation
Whirlpool Corporation (NYSE: WHR) is the number one major appliance manufacturer in the world, with approximately $21 billion in annual sales, 97,000 employees and 70 manufacturing and technology research centers in 2015. The company markets Whirlpool, KitchenAid, Maytag, Consul, Brastemp, Amana, Bauknecht, Jenn-Air, Indesit and other major brand names in nearly every country throughout the world. Additional information about the company can be found at WhirlpoolCorp.com, or find us on Twitter at @WhirlpoolCorp. 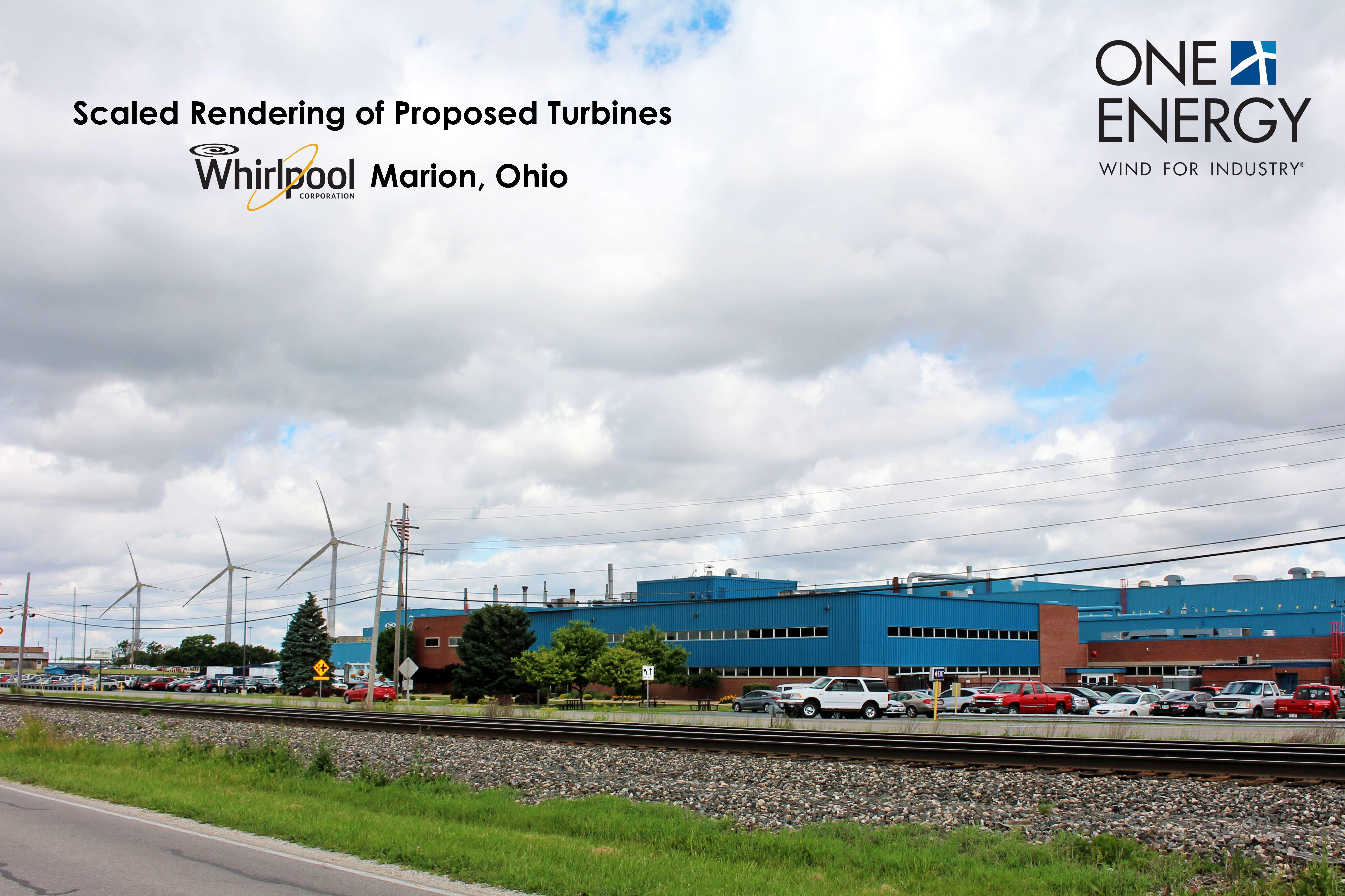