Last year, Michael Bloomberg was awarded $1,000,000 as the inaugural recipient of the Genesis Prize, or the “Jewish Nobel Prize,” given to Jewish leaders who promote and uphold Jewish values. From that award, the former mayor of New York created the Genesis Generation Challenge, for which entrants submit new programs that aim to have a positive worldwide impact, from public health, to financial empowerment, all, said the selection committee, reflecting Jewish values.

Yesterday, a group of benefactors including Michael Bloomberg, Michael Douglas, and Elie Wiesel announced the winners, who will each receive a $100,000 grant. (Douglas won the this year’s Genesis Prize.)

“The diverse group of winners—who do not have to be Jewish—included a nonprofit looking to make an app that will monitor Lou Gehrig’s disease patients, a Kenyan green sanitation treatment plan, and an Israeli company developing a smartphone for people without use of their hands,” reported the New York Daily News. 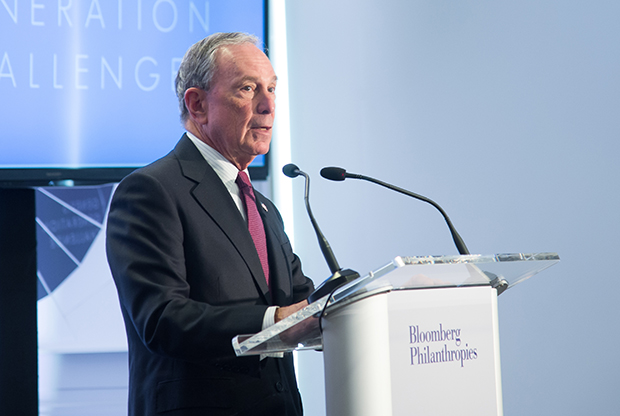