Could I? Should I? Overcoming Ambivalence in Career Choices

In a recent study, researchers at Yale University demonstrated that both male and female faculty staff valued men more than women. When asked to judge applicants for a job as lab manager, female and male professors rated male applicants more highly than identically qualified females, and offered the men a significantly higher salary plus additional mentoring support.

This research, published in 2012 in the Proceedings of the National Academy of Sciences, demonstrates the pernicious influence of gender bias in the cultures that surround us, which limits women's aspirations and progress. Even scientists, it seems, who are rigorously trained to be objective and rational in their reasoning can't escape the cultural norms that define gender roles in society and shape our attitudes to what is female and what is male.

Knowing that gender stereotypes are constructed and enacted through the cultures, which censor departures from the accepted roles, explains to a great extent the professors' behavior. It is not so surprising. Gender is the most fundamental social category, which we learn to distinguish as early as 9 months old. By the time we are 2 years old, we can construct our own gender stereotypes, in line with the expectations of the cultures we live in.

At the same time, the perceived complementarities between women and men, which are stronger than for other social categories (e.g., white vs. black ethnic groups) make gender differences appear as both natural and fair.The widely held assumption that "science is gender neutral" exemplifies this acceptance for science. But, gender neutrality in science is an illusion that hides a variety of common gender issues that permeate science practice and influence science knowledge. They arise because until recently, women were often excluded from research — as participants, as subjects of study, and as potential beneficiaries — resulting in science that has more evidence for men than for women.

In 2010, a panel of science leaders considered the evidence of gender bias in science, involving some 120 research papers, and consulted world-renowned gender scholars to reach a consensus that gender issues in science affect quality and efficacy of research and must be addressed. They proposed 13 recommendations for science institutions to take. This was a voice from science leaders for science leaders asking for specific improvements in science knowledge making, organizational practices and processes, human capital and compliance with regulation. The report and supporting evidence are available here:

In our current project, funded by the Elsevier Foundation New Scholars program, we are creating a new career-development support toolkit for institutions aimed at issues facing women during early-career stages. The toolkit is based on the method of scenario workshops.  Scenario building is a highly interactive process in which participants construct descriptions of potential futures by exploring likely events and the consequences of possible decisions. In our case, this envisioning and exploring is about creating a "future CV" that is, nevertheless, realistic because the process also includes defining the underlying science and employment landscape in which a career in science can develop.

The aim of the scenario workshop toolkit is to give the participants an opportunity to explore career directions and goals in multiple ways and select those that best suit their circumstances and aspirations.

First, participants are sensitized to gender issues through a pre-event "homework" assignment, which combines an overview of the most important research findings and a questionnaire asking for details that act as indicators to define the pattern of a career in science, such as transitions between research topics, disciplines, institutions, and positions associated with status as a researcher, from post-doc to full professor.

For example, some questions ask about the research topic pursued currently: Was it different in the past? Would it be different in the future? And if so, are these changes due to own initiative or at the recommendation of others? The aim here is to encourage participants to reflect on their desire to establish intellectual independence, which is one of the key indicators of potential success in science.A different set of questions asks about collaboration efforts, such as experience of working in research teams and writing joint research papers. This is used as an indicator of the desire for involvement in the relevant scientific community. Altogether there are about 60 questions, though not all need to be used.

During the workshop, the participants work in groups and in pairs. One of the key activities involves exploring role models to identify how other women have organized their careers. An excellent source is the more than 1,000 women listed in the AcademiaNet database, established by the Robert Bosch Foundation. Each person is an example of a successful women working in science or engineering fields that has been nominated for inclusion in the database by a leading science institution. The aim of the database is to provide access to talented women for organizations looking for candidates to fill in high-level decision-making roles on committees or governing boards.

Workshop participants select examples of women whose career directions and achievements appeal to them most. Then they use the CVs of these role models as a guide to construct their own future CV, which represents the kind of career they aspire to and would like to follow.

First, they work in paris to write each other's future CV; then each participant constructs her own.An alternative approach to learning about possible career pathways from role models was tested during the first pilot workshop at Tel Aviv University. There, a group of accomplished women was invited for a question and answer session. They included research scientists, entrepreneurs and government administrators.

Here, the process of learning from role models took the form of an interactive discussion enabling the participants to explore possible career choices, directions, opportunities and barriers in considerable detail. In a small country such as Israel, with fewer career development options than in Germany, having "real" role models can help demonstrate, in a more immediate way, what can be possible.

The scenario workshop extends the method of mentoring support, which is usually one-to-one and depends on the effectiveness of the relationship between the mentor and the mentee. In the workshop, participants interact with a group of experts, composed of individuals whose job roles can be found in the science landscape where careers can take place and develop, such as research supervisor, human resources manager, program administrator at a research funding organization, science journal editor, etc.Understanding the science landscape is an important part of the workshop. The aim is to clarify who the potential employers are, how recruitment is made, where and how research funding is accessed, who are the research publishers, which professional bodies play a key role in creating career opportunities.

The output from these and other activities is a future CV constructed by each participant. It consists of an imagined but realistic collection of career paths framed within the available science landscape and based on the information and knowledge gained during the workshop.

The project is halfway through the development phase, and two pilot workshops have been held, one in Germany and one in Israel. These pilots have revealed that women's career decisions at the early-career stage are prone to ambivalence where aspirational "Could I?" questions can easily change to doubt-ridden "Should I" questions — and these considerations are greatly influenced by the prevalent gender stereotypes.

This ambivalence in planning a future career path reflects the equally ambivalent attitudes in society regarding women's progress. On the one hand, women are actively encouraged to participate in higher education, with a majority of the undergraduates being female. On the other hand, women are discouraged from pursuing their career aspirations on the same terms as men, giving them much less scope to demonstrate intellectual independence and success.

The societal and family pressures were very visible in the Israeli workshop, increasing the tensions between what may be possible or necessary. Was it necessary to continue after the PhD with a post-doc period, and if so how many years? This was a source of considerable potential conflict, where a decision to opt out could result if the perceived expectations to prioritize family obligations were to override the wish to pursue career aspirations.The pernicious influence of the gender stereotypes that delimit women's career aspirations requires more sensitive approach to career development support that recognizes the real tensions women face much more than men. These tensions occur at a delicate time in their lives when they may lack the necessary knowledge and confidence to deal with them.

One of the activities introduced in the Berlin workshop asked participants to work in pairs and write the partner's CV. This revealed surprising differences in the results, by producing CVs with a much more positive outlook than the recipient has envisaged for herself. It would seem that it is easier to free career decision-making from the constraints of gender stereotype effects in the context of someone else's circumstances than one's own.Later this year, two further pilots will be carried out, one at ETH Zurich (the Swiss Federal Institute of Technology) and one back in Tel Aviv University, to test and refine the workshop design further. After that, the scenario workshop toolkit will be made available to interested institutions. We hope it will help them be more effective and sensitive to the particular cultural influences that impose greater constraints on young women wishing to establish a career in science than on men.

The Elsevier Foundation New Scholars program , which funded this initiative, supports projects to help early- to mid-career women scientists balance family responsibilities with demanding academic careers and addresses the attrition rate of talented women scientists. Recent grants have promoted institutional research, advocacy and policy development to retain, recruit and develop women in science. They have enabled researchers to attend conferences critical to their careers by assisting with childcare, mentorship and networking. Dr. Politzer's "Scenario Toolkit for Advancing Careers in Science" received a 3-year. $135,000 grant in 2012. 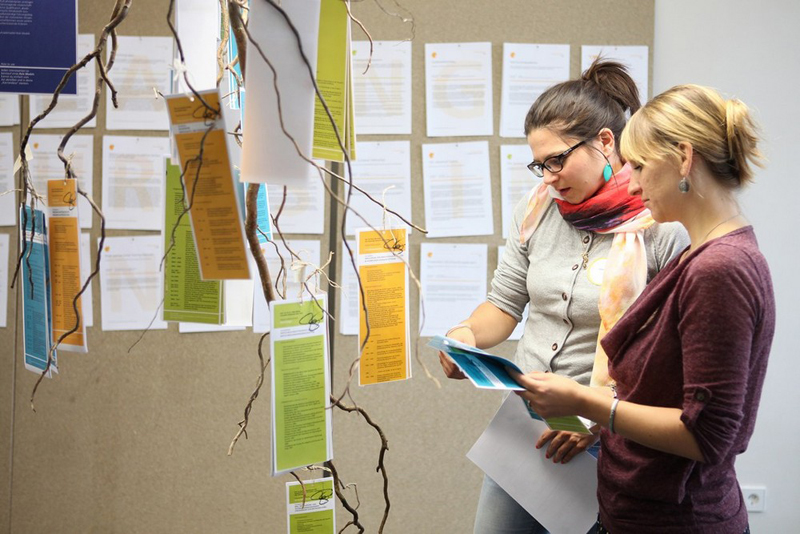 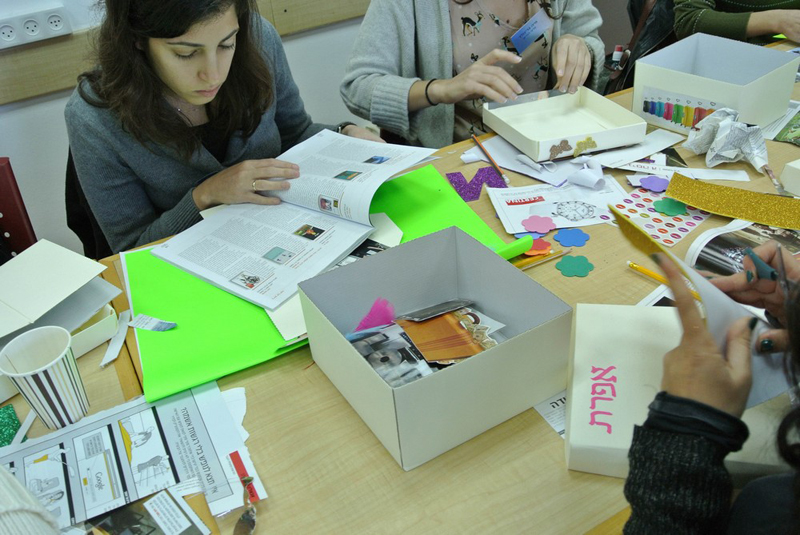 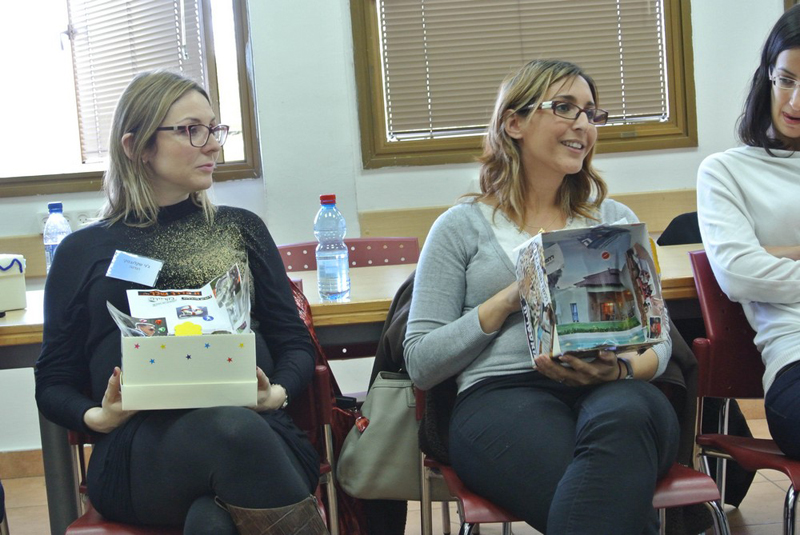 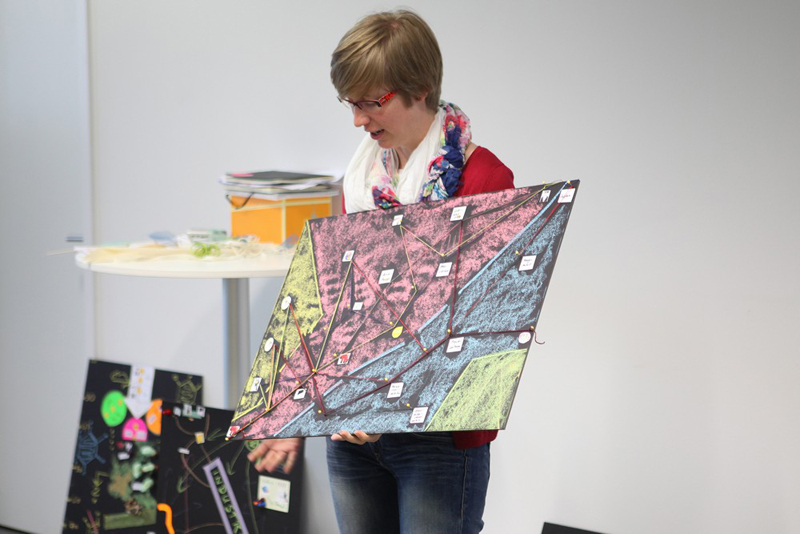