Red, white and blue discs took flight as hundreds of high school and middle school students invaded Chrysler Group LLC's Auburn Hills (Mich.) headquarters to show off the robots they created and competed with at the 2013 FIRST Robotics Competition Championship.

All four levels of Chrysler's Tech Plaza were ringed with employees looking down on the event as several remote-controlled robots buzzed around a Plexiglas and fenced in area while shooting the discs into a series of goals in the enclosure. The demonstration was part of a day-long recognition for Chrysler Foundation-sponsored FIRST Robotics Competition teams from the United States and Canada.

The event drew nearly 300 students and mentors to the complex, which included the brief, mid-day competition in Tech Plaza, an open discussion with Mark Chernoby, Senior Vice President—Engineering, and a tour of the Walter P. Chrysler Museum (open only for special occasions). Brian Glowiak, Vice President—The Chrysler Foundation, welcomed the students and mentors to the complex and congratulated all of them for their work and accomplishments.

“The Chrysler Foundation decided to have an event here to recognize the teams and to let them demonstrate what they have created,” Pamela Williamson, the Chrysler Group’s FIRST Robotics Teams Coordinator, said of the event. “And we’re bringing them in here and letting them see a great technology center.”

The FIRST Robotics Competition is an annual international high school robotics competition founded in 1989 to inspire an appreciation of science and technology in young people. FIRST (for inspiration and recognition of science and technology) aims to build self-confidence, knowledge and life skills while motivating young people to pursue opportunities in science, technology and engineering.

The organization gives teams a standard set of parts to use for their robots. Teams also are allowed a budget and encouraged to buy or make specialized parts as long as they conform to safety rules. Game details are revealed at the beginning of each January, and the teams are given six weeks to construct a competitive robot that operates autonomously, as well as guided by wireless controls, to accomplish the game’s tasks.

Glowiak said the company has been sponsoring FIRST robotic teams since 1996, providing more than $1.7 million in funding to schools in the United States and Canada. He noted that hundreds of employees have donated dozens of hours of their own time to help mentor the students in several U.S. states and Ontario.

The demonstration on the floor of Tech Plaza mirrored most of the competitions the students have participated in during the past few months. The students, dressed in team T-shirts of various colors, raced around to make sure their robots were ready to compete.

Inside the enclosure, the robots buzzed up to locations where students shoved Frisbees through the Plexiglas and into the robot that then zipped to a spot on the floor to begin shooting the Frisbees into a designated goal. Every robot was constructed differently using a collection of aluminum plates and wheels, as well as a host of wires, tubes, bicycle chains and motors.

Chernoby spoke to the students in the complex’s auditorium for more than a half-hour after a Chrysler-hosted lunch. He stressed the need to get a college or junior college education in today’s highly competitive job market.

The Chrysler Group executive then took a series of questions from the students, the majority dealing with electric cars, fuel cells, biodiesel and compressed natural gas vehicles.

“Hardly anyone works on cars anymore,” Chernoby said. “I hope you got your fingers dirty, drilled a few holes and did some mechanical things.”

Tim Grogan, an engineer in Advance Concepts Engineering, has been a mentor in the FIRST program for 18 years. He and a group of Notre Dame University alumni are mentors at the nearby Notre Dame Preparatory School in Pontiac, Mich.

“I do it because it wasn’t there for me at that age,” Grogan said. “I like it because the emphasis is on applied engineering, and that’s where the math and science come together in the real world. I went through four years of high school and college without any real ‘hands-on’ experience.”

Chris Reynold’s is another employee mentor and his daughter, Julia, is a member of the Chrysler-Foundation-sponsored Oxford High School team called TORC (The Oxford Robot Cats). Julia, who is aiming for a science or technology degree someday, got hooked on the robotics program after talking with members of the school’s team at a registration booth her freshman year.

“The most important thing I’ve gotten out of this is the hands-on experience of fabricating things and learning the certification system to handle the machines safely,” Julia said. 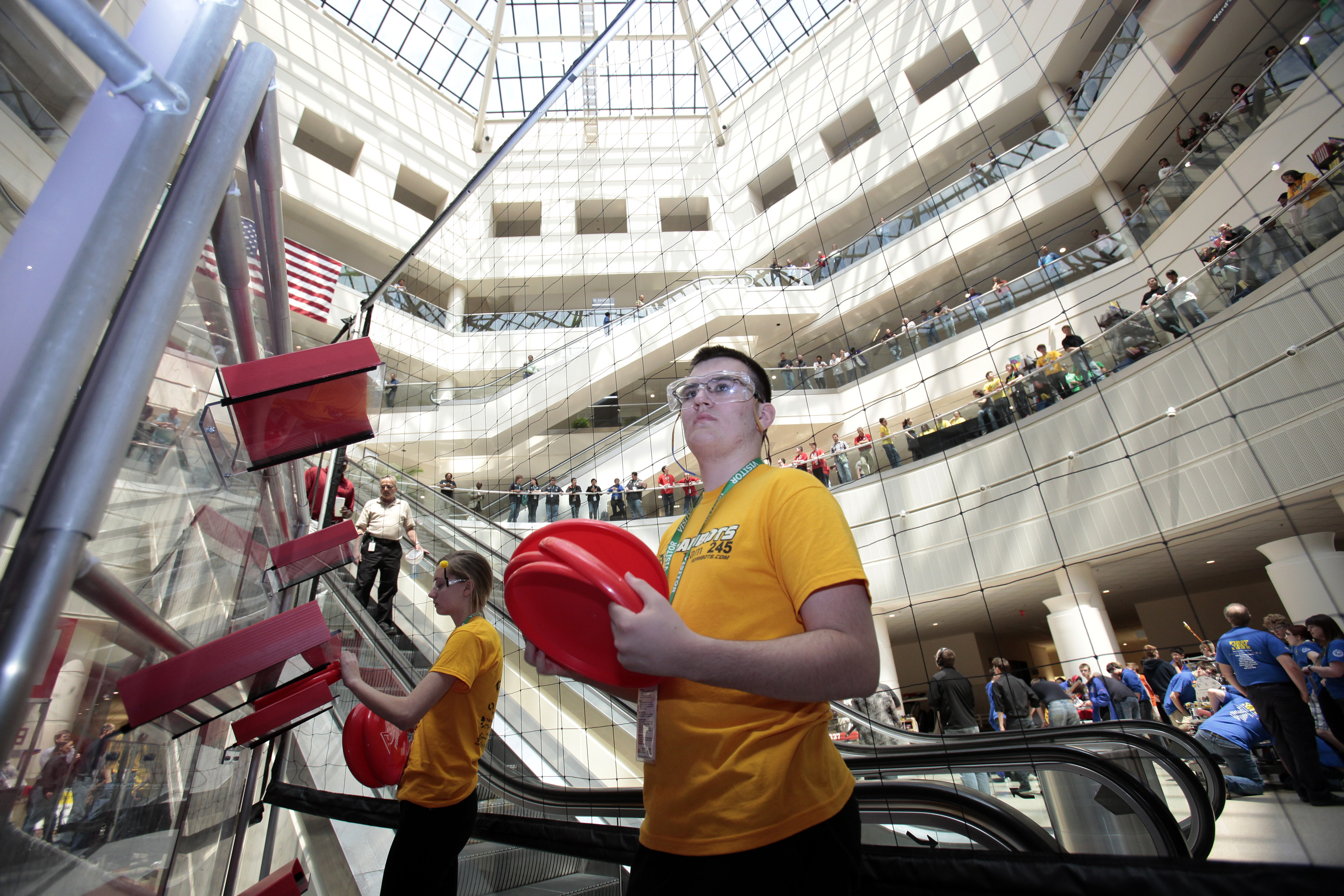 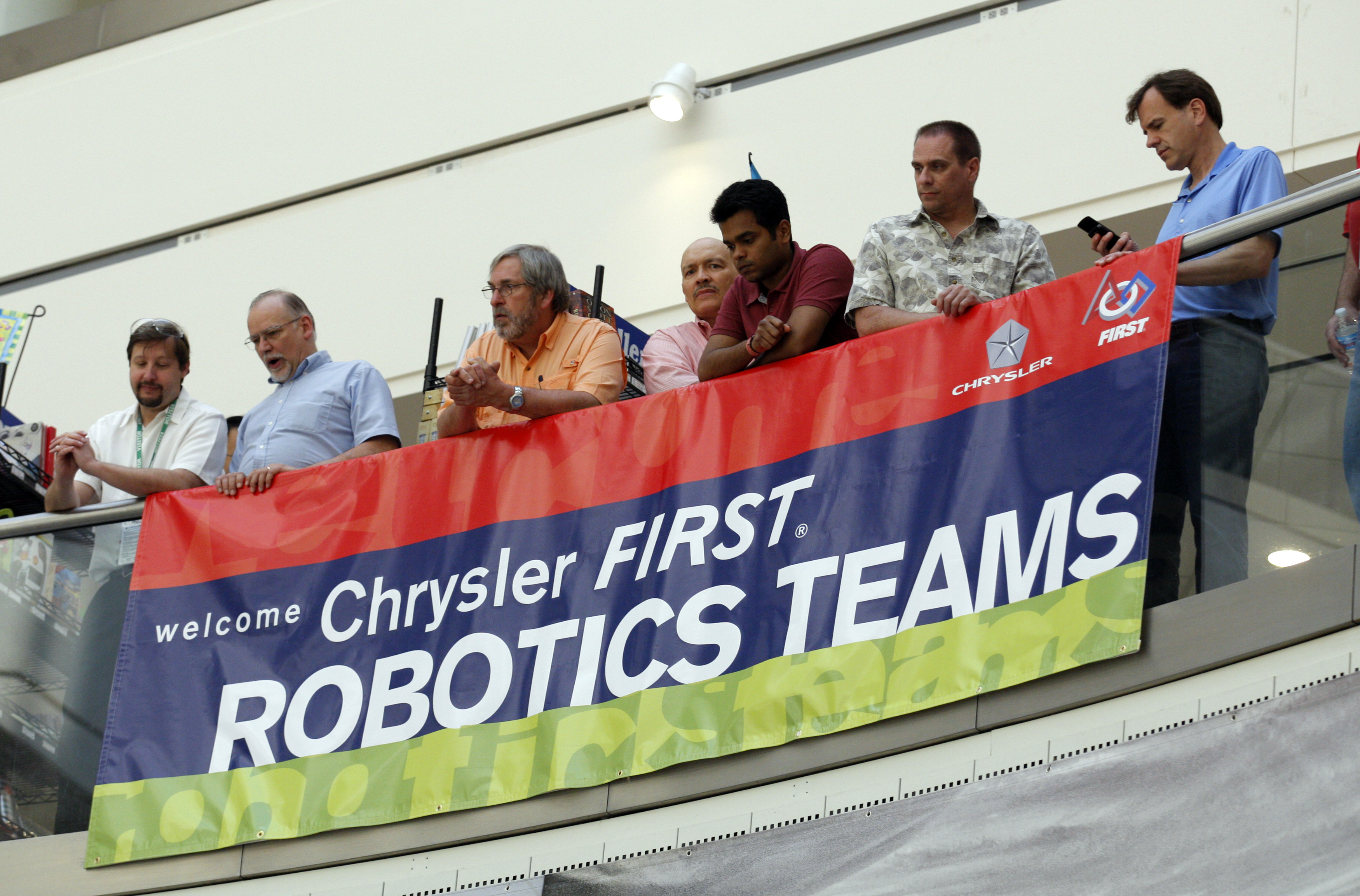 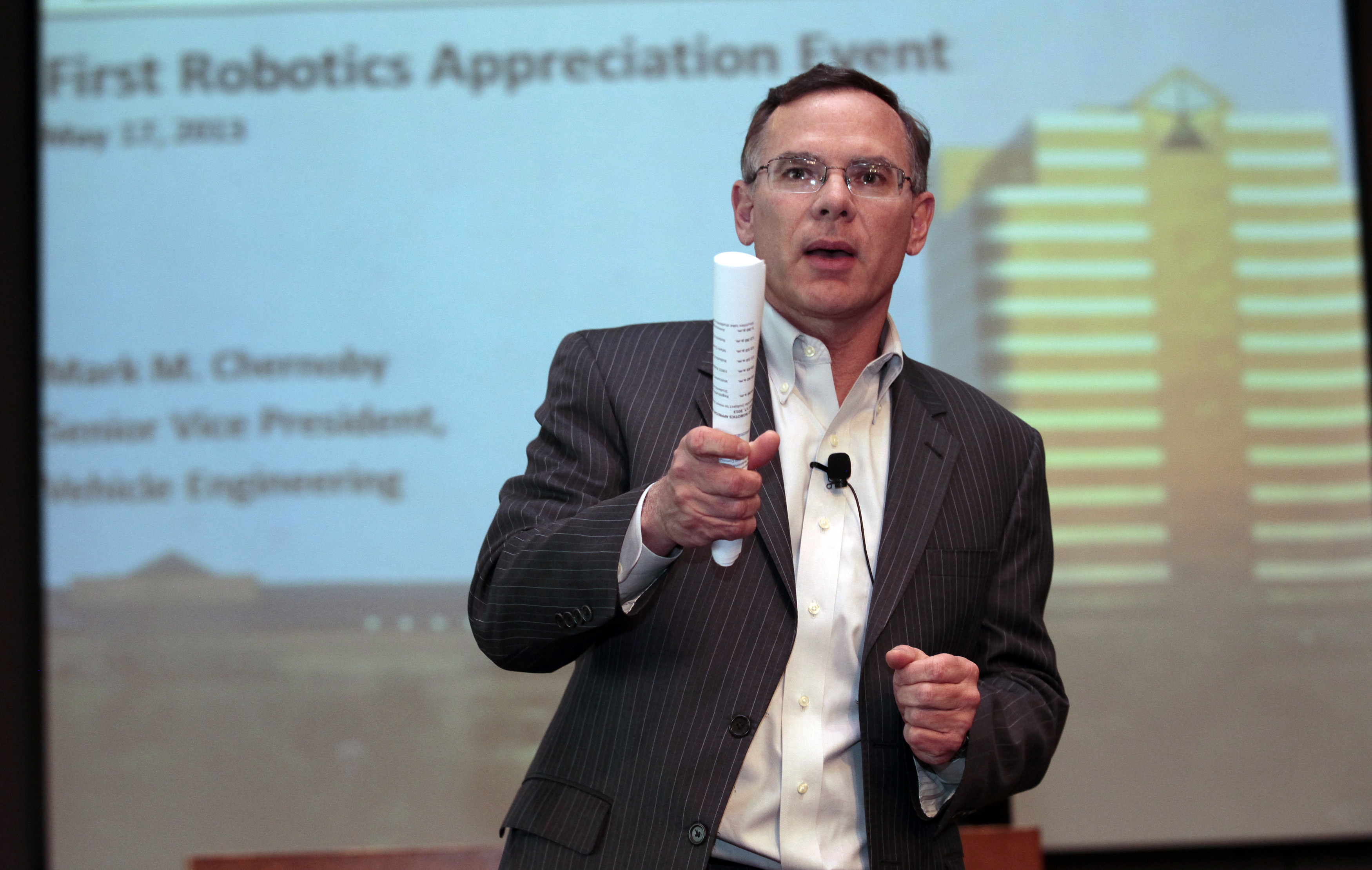 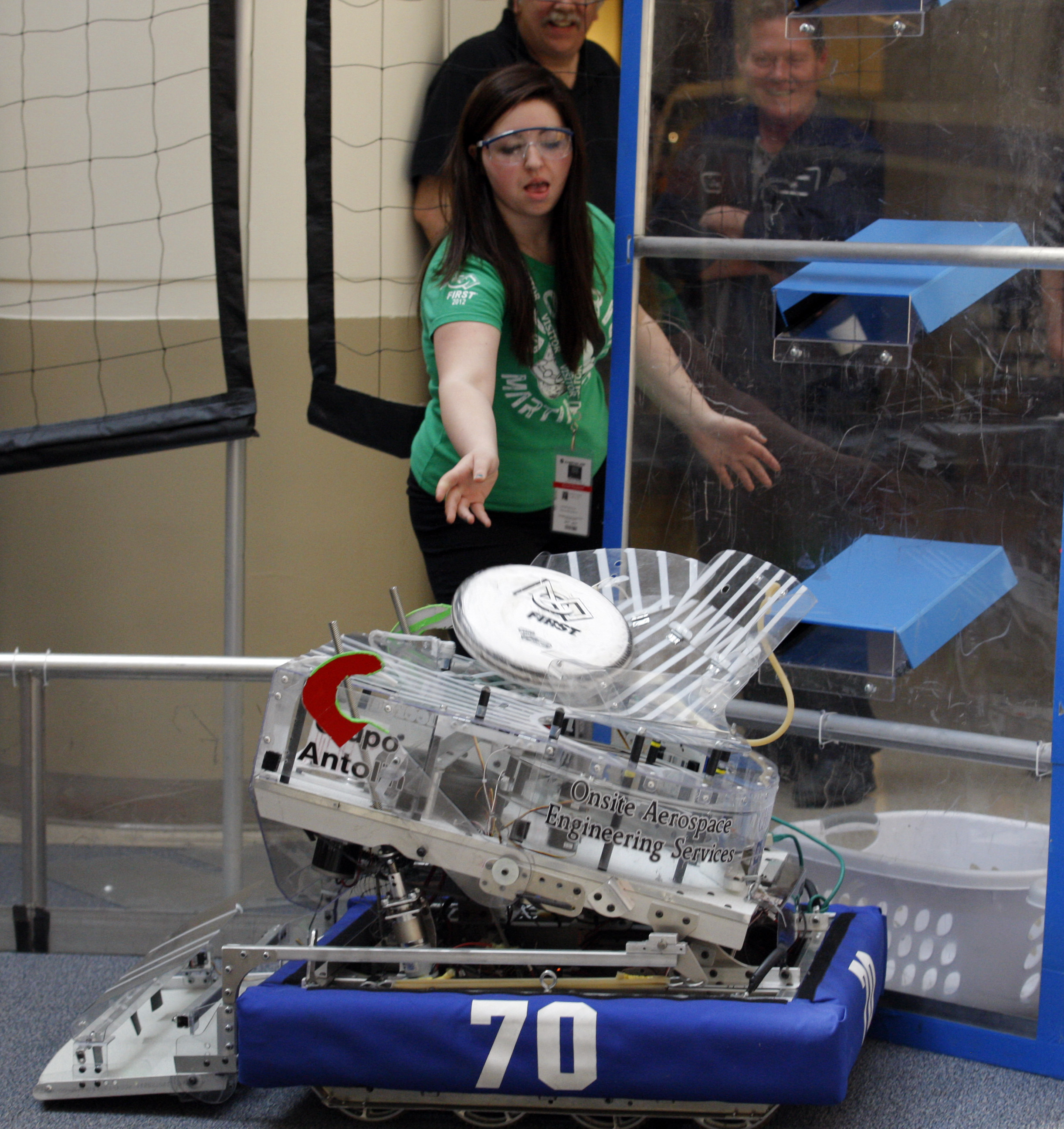 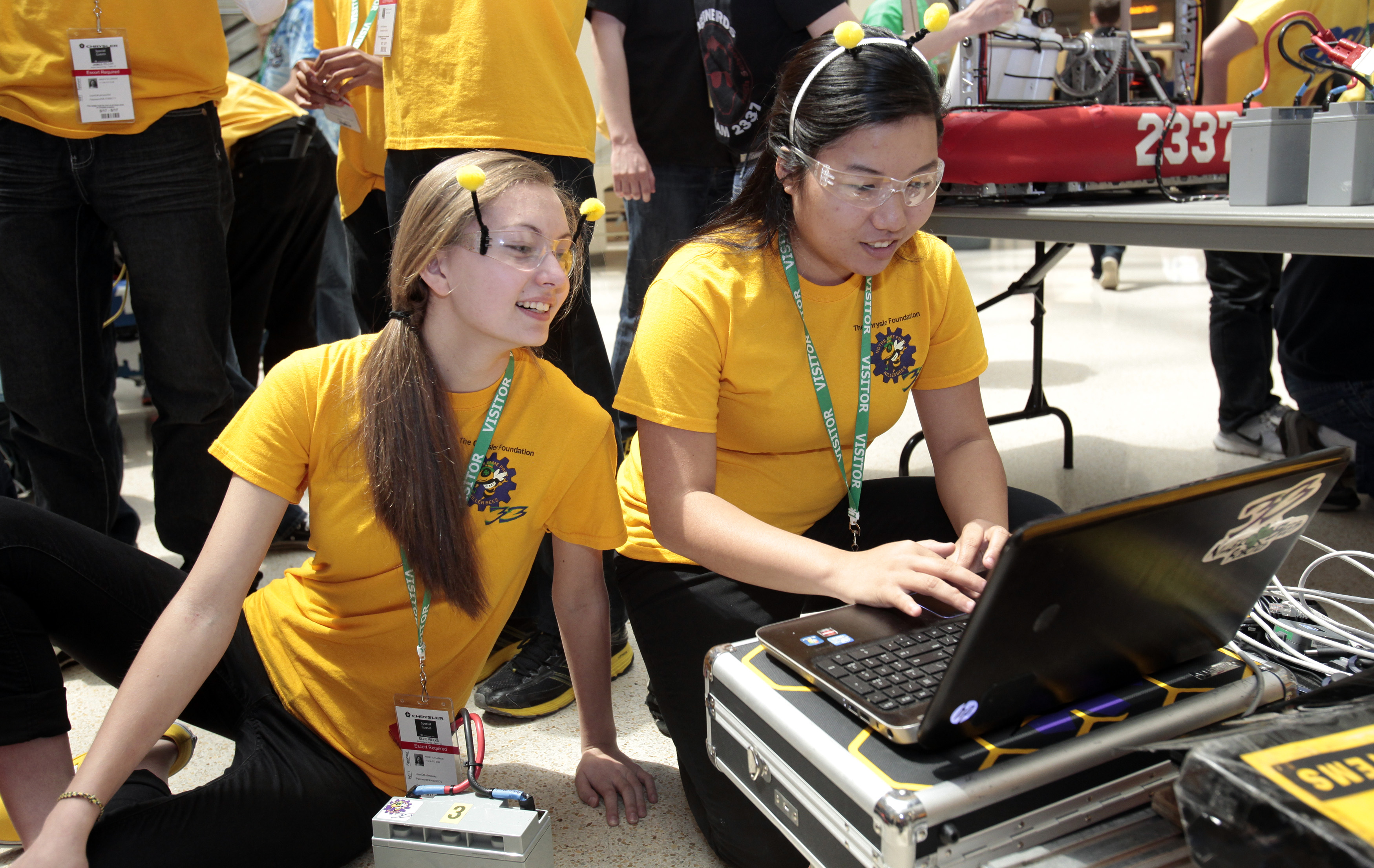 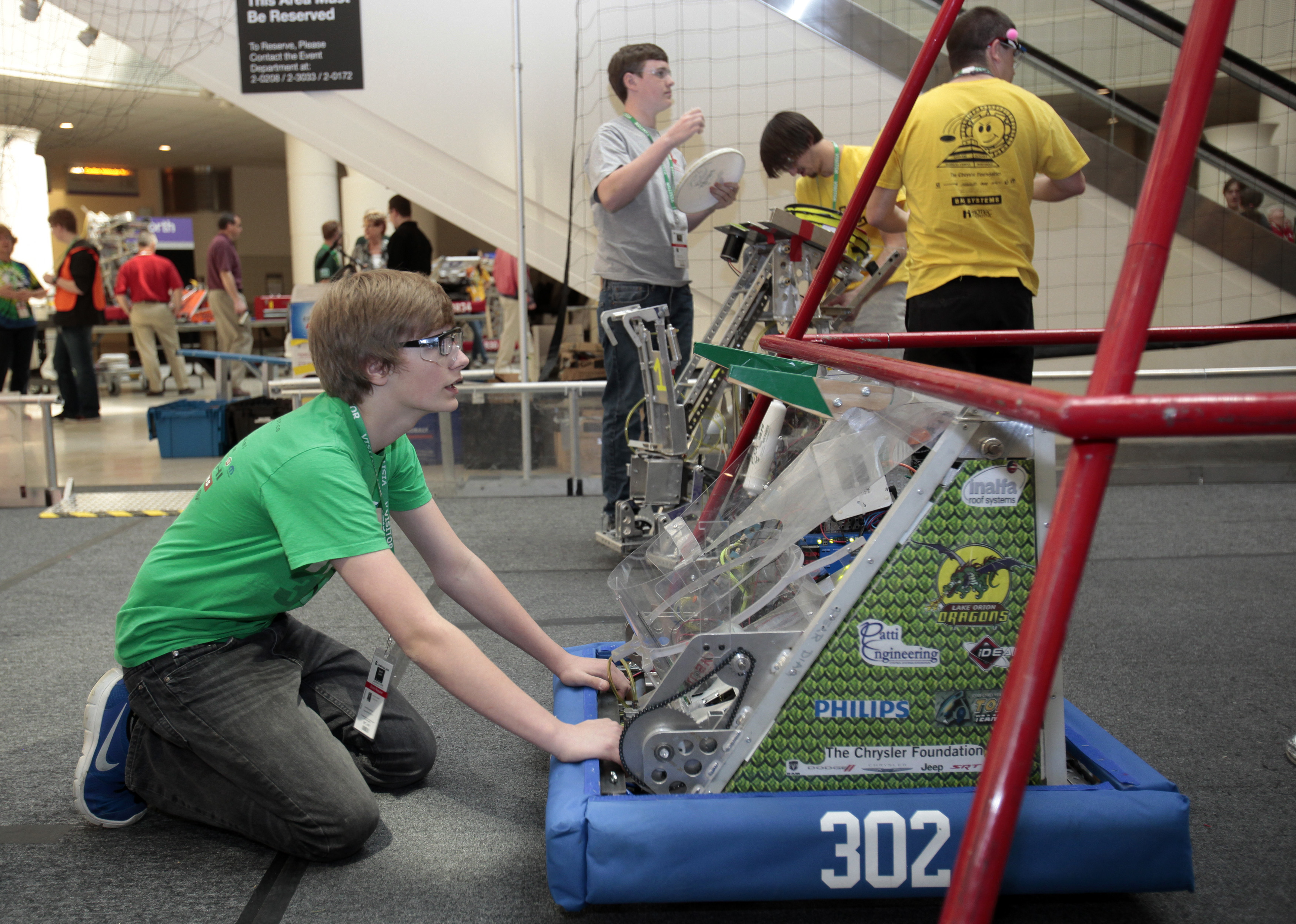